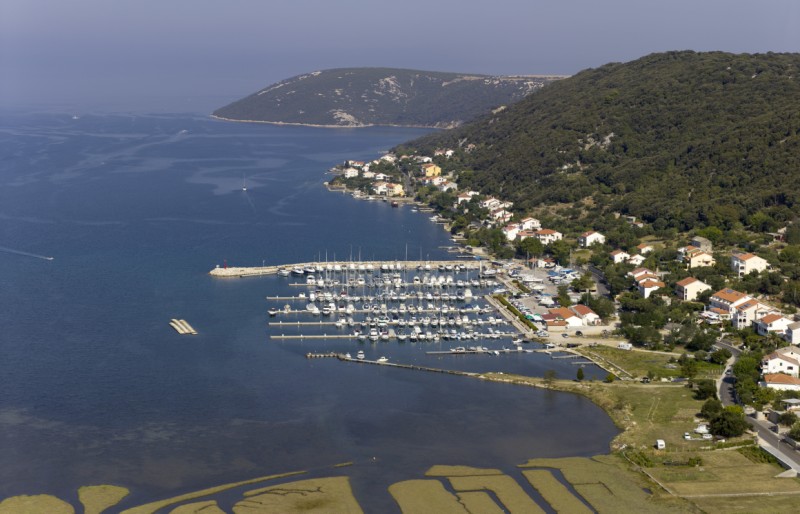 Literally translated Supetarska Draga would mean the bay of St. Peter. That is the name of a magnificent bay and village on the north side of Rab island in the north of Croatian Adriatic.

This place bears its name after the church dedicated to St. Peter which was built as early as 11th century. The church has not changed significantly since then so this is the only Roman church in the Adriatic that has not change its shape for over 900 years.

ACI marina Supetarska Draga found its place on the SE part of the bay and is protected from NW winds by the wave breaker. The marina can accommodate as much as 328 yachts on mooring berths and 53 on dry berths. There is a 10 t crane, maintenance and repair shop, toilet/shower facilities and restaurant while the grocery shop is in the close vicinity of the marina. Apart from the recommended marina restaurant, there are plenty of family-run fish restaurants in the village since fishery is traditional trade among the locals.

There are several possibilities to access ACI Supetarska Draga. The island Rab is connected with the mainland road network by the ferry line Jablanac – Stinica, which takes some 15 minutes. Furthermore, there is the ferry line Lopar – Valbiska which connects island Rab with island Krk, which is again connected to the road infrastructure by the Krk bridge. In the summer season there is a passenger line connecting Rab and Lun on the island Pag, which is also connected to the mainland road infrastructure.

There is also a fast catamaran line connecting Rijeka and Rab. Optionally, it is possible to organize shuttle transfer from international airports in Rijeka and Zagreb for those who decided to start their sailing experience from ACI Supetarska Draga.

For those who are just passing by, ACI Supetarska Draga will offer much more than just a mooring, few drops of fresh water and overnight battery charge.

To charter a yacht on the island Rab or to find the best charter deals in Kvarner, visit A Yacht Charter Croatia.