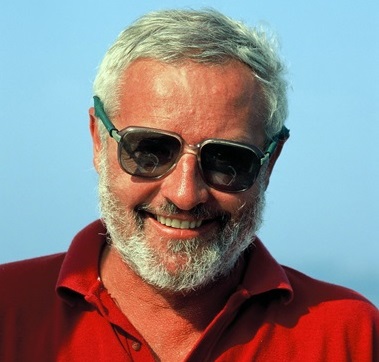 When I was a little boy, I used to listen to certain people talking about plans to buy a boat, or build a yacht and sail the world. Usually, the person saying this had a funny face and a mysterious flame in their eyes. Those who were listening kept whispering something about insanity and a twisted mind. When I grew a bit older, I heard that a person can be happy with their own yacht only twice - the first time is when they buy it, and the second time when they sell it. The only thing a child could conclude from all of this is that owning a yacht and investing money to realize your dreams is nothing but a waste of time and money, and a reason for the people around you to start thinking that you suffer from mental imbalance. That is why I decided not to own a yacht, but my interest for sailing and reaching the remote corners of the world under sails did not vanish. I remained interested in old sailors’ tales and breathtaking sailing accomplishments. I came across the information about Mladen Šutej, a person who got famous for his epic voyages around the world under sail. None of his accomplishments would be possible if he had taken into consideration friendly advice, which had suggested him not to do it because the situation is very bad at the moment and let the better days come. Thankfully, he did not listen to the suggestions. Instead, he followed his determination and claimed that there are no better days and they are never going to come. You yourself have to create better days – in present time. This is where the story about Mladen’s adventures begins. This story has resulted in six books and several hundreds of newspaper articles, around 35 documentary films and many things to tell about sailing, yachts, the sea and life philosophy. These materials were made during six Atlantic crossings (one single-handed), two Pacific crossings (one singe-handed), one crossing of the Indian Ocean, and three crossings of the Labrador Sea. Mladen has rounded Cape Horn twice and gained the membership in the International Association of Cape Horners. As a part of a project to circumnavigate the world following the meridian routes from the Arctic to Antarctica, he has also rounded the Cape of Good Hope and visited all the continents, including Antarctica. Mladen would not be able to do any of this had he not followed his own caprice. Here we come to the story about the name of the yacht with which he achieved most of his accomplishments. Mladen’s grandfather got his first yacht at the age of 65, and, when asked why, he responded – it’is my caprice! Caprice is translated into Croatian as “hir”, so that was the name of Mladen’s next two boats. The first one, brought to Croatia on a trailer all the way from England, was a dinghy that he got soon after he started to work. The third caprice – Hir 3 – was purchased as a kit navegante in Italy in 1979. Kit navegante means that the yacht is able to float, but everything else has to be done by the owner. Mladen repaired Hir 3 during the following year. He tested the yacht in around 15 regattas and by sailing around the Adriatic for several thousand miles. These initial journeys did not satisfy Mladen’s caprice, so he decided to cross the Atlantic with his 10 m long Hir 3 in 1982. After 12 months of sailing, he made it to the Caribbean islands and Florida, and then back to the Croatian Adriatic. Another project, named Cape Horn, started in 1987 with charter activities and sailing the Mediterranean in order to raise funds. Hir 3 crossed the Atlantic in winter of the same year as part of the ARC race, and then continued towards the south and rounded Cape Horn in 1989. Afterwards, Mladen abandoned his career as a thermodynamics engineer and started his own sailing school and sailing club. Unfortunately, in 1991, a war started in Croatia, so sailing activities had to be put aside, and Hir 3 was moored in heavily bombed Dubrovnik. But the story about this legendary sailing yacht does not end here. She was saved and restored. To read about that, read my following post. I wish you a calm sea, a fine wind and a strong mast!
Cape Horn sailing history