St. Euphemia, the patron saint of Rovinj town, along with her cathedral dominates the landscape of the town, looking out for cheerful hosts and their numerous guests. Not only for cheerful locals, picturesque landscapes and romantic purple sunsets, Rovinj is also known as yachtsmen and sailors center.

Located in the center of Istrian W coast the port of Rovinj makes a perfect place for a marina. ACI marina Rovinj is located on the E side of the port, offering its guests a magnificent view of the town historic core. It is open throughout the whole year and is able to accommodate 407 yachts on mooring berths equipped with fresh water and electric power connections.

Marina can also accommodate yachts up to 60 m LOA, while Harbor Master’s office is located in the city center, just at the opposite side of the port from the marina. The nearest petrol station is located as far as 0.3 NM north of the marina, as part of N city port where the sea depth amounts up to 4 m. Besides the standard marina facilities, ACI Rovinj is equipped with 10 t crane while small shipyard found its place next door to the marina.

Additionally, ACI Rovinj has been the host of numerous sporting events such as ACI Match Race Cup and RC 44 cup, founded by famous skipper Russell Coutts. The latest attraction that was especially well viewed from the marina was the Red Bull Air Race which took place in the town port earlier this year. So, ACI Rovinj offers not only yachtsmen facilities but always much more to experience. 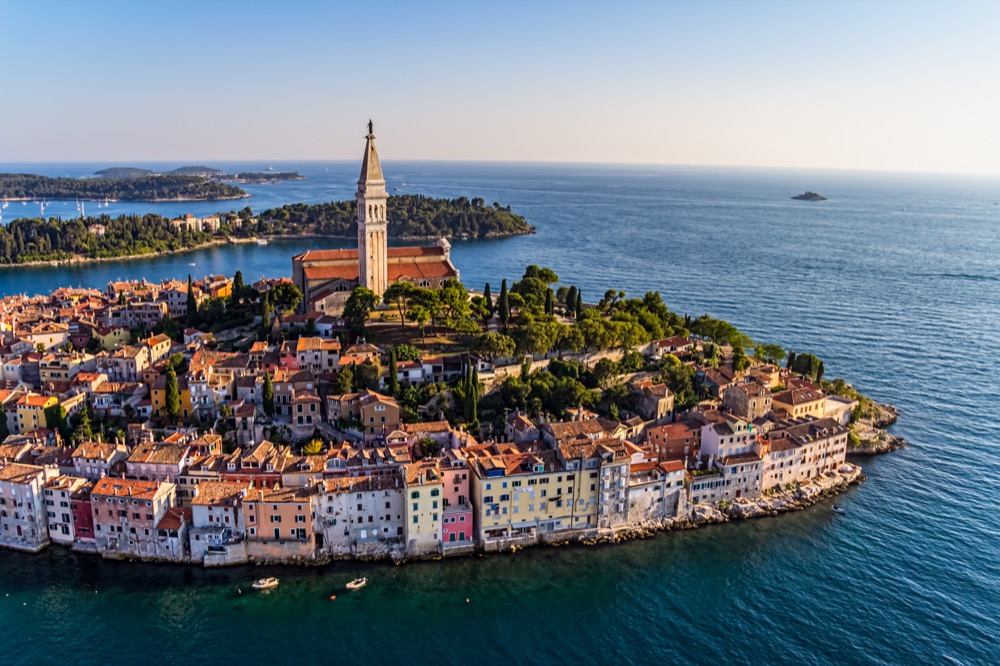 Rovinj town is easily accessible by car via well-organized road network connected to the most important European roads. Additionally, Rovinj is about 40 km away from the international airport in Pula, while the airports of Ljubljana in Slovenia and Trieste in Italy are also in the vicinity.

The added value to ACI Rovinj visitors is the cultural and historical heritage of Rovinj which was recognized in 1963 when the whole town was declared a cultural monument.

To find the perfect charter yacht in Istria region, visit our website and the section about Istria on A Yacht Charter Croatia.