The sailing adventure of transferring the Lagoon 42 from France to Croatia continues. Read about our crew’s visit to various towns and ports in Portugal and Spain! Catch up with the entire story! Read Part 1 here!

We slept in. After waking up and a trip to the supermarket to buy provisions, we left Porto at around noon. We set sails after exiting the river Douro. It was a bright, sunny day with excellent sailing conditions. In the afternoon, we had cutlets, champignons and rice with vegetables. Günther prepared a tiramisu for the next day. During the night, I had to get up several times to reef, and alter our course for some fishermen after checking theirs on radar.

In the morning, it was really cloudy, as we passed an ODAS buoy and the Berlengas Islands. Around 11 am, we could set full sails again. At 1.30 pm, we had to reef one sail again. Wind was more than 23 knots, sea state 4. We sailed in the direction of Cascais. Today´s meal was spaghetti carbonara, insalata di riso, frigidelli and tiramisu as dessert. In the afternoon, the wind was up to 35.8 knots, and we had to bind the second reef. At 7.30 pm, we moored up in Cascais Marina. The first leg was finished. We sailed 832 miles. 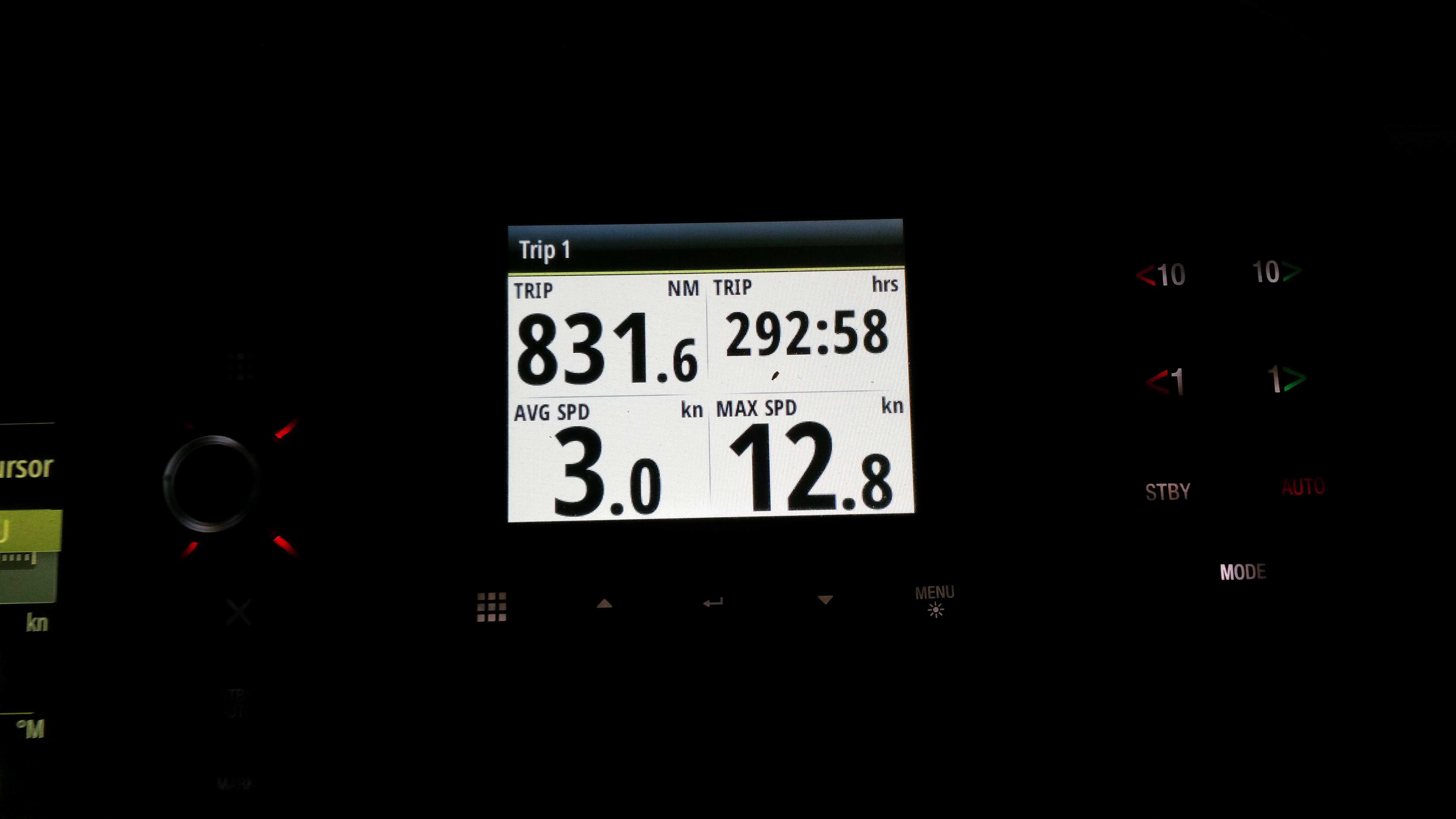 The boat stayed moored in Cascais, and we did some individual sightseeing in Lisbon and Cascais. In the evening, we had a farewell dinner in a typical Portuguese restaurant: Caravela des Cascais. We ate an incredible amount of different fish for a very reasonable price. Later, we had some beer in an Irish pub. 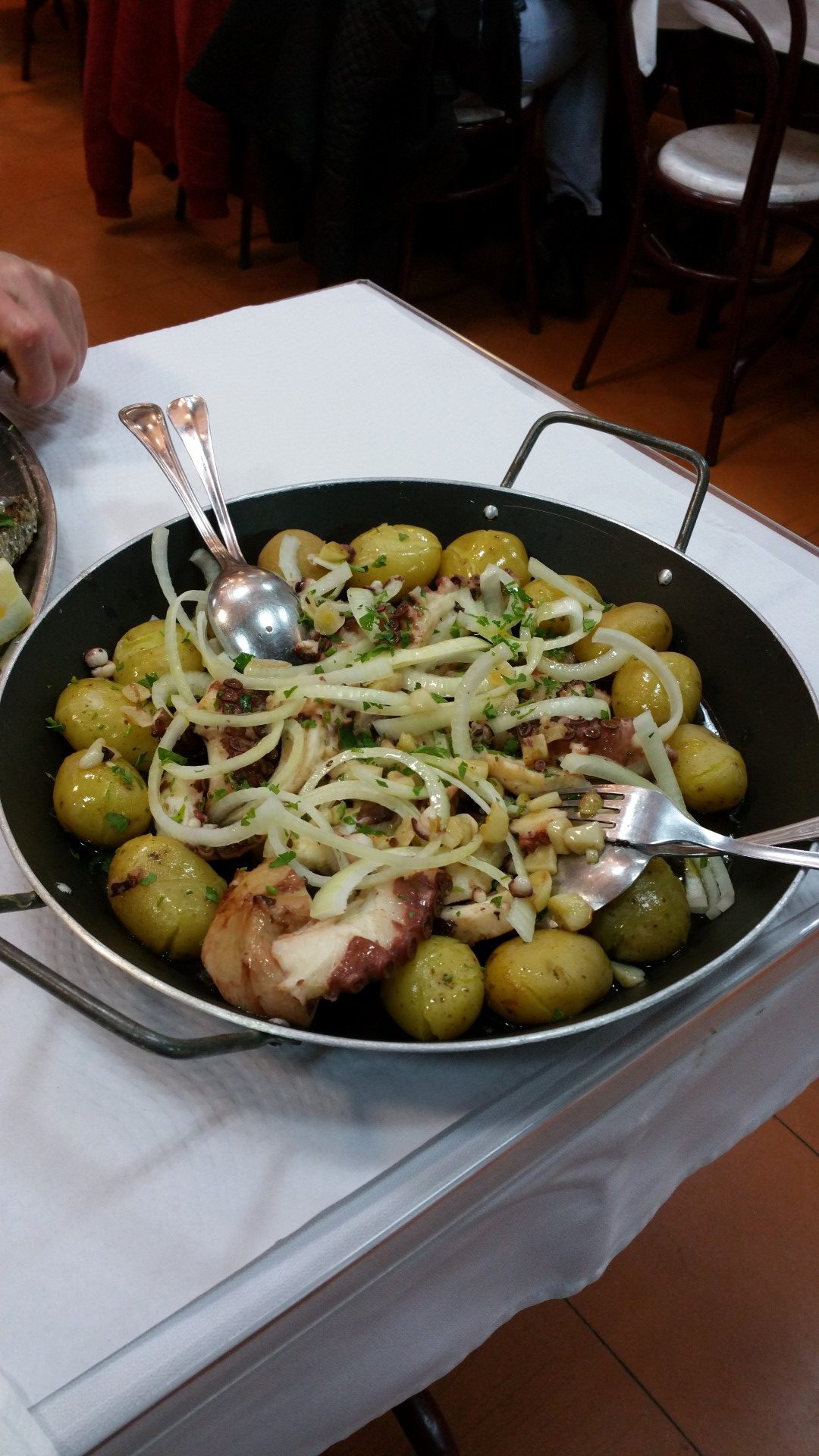 The old crew left, and our new guests arrived. We had dinner in Caravela des Cascais one more time, where we got to know each other better. 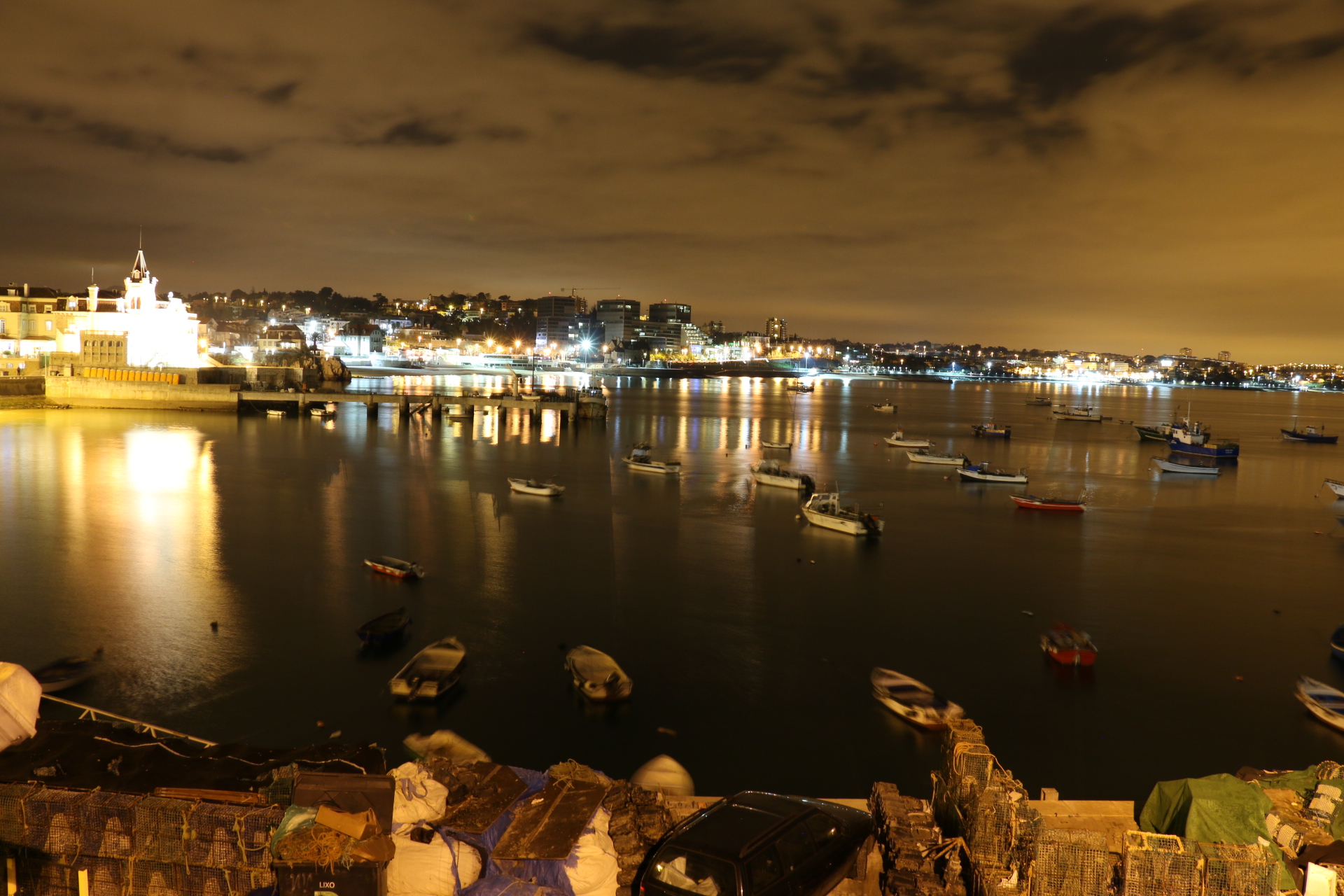 In the morning, we did shopping, and then completed safety and technical instruction. Around 1 pm, we left Cascais, stopped the engines, and set sails immediately after leaving the marina. It was overcast, but here and there the sun came through. We sailed to the south at 10 knots of wind along with some nice music. Gustav seemed to have a flu, so I took over his night watch. We had to run the engine at night for some time, but most of the time we sailed without it.

Sailing was nice most of the time. Wind NNW around 7-11 knots. For only two hours at night the portside engine worked as auxiliary. At 1 pm, we rounded Cabo do Sao Vicente with its impressive rock formations. At 5.20 pm, we put the sails down, and went to the port of Lagos. On our portside we marveled again at impressive rocks with coves and a lighthouse on top. At 6 pm, we moored up alongside the guest pontoon in Lagos Marina. In the evening, we had dinner in the old town of Lagos. 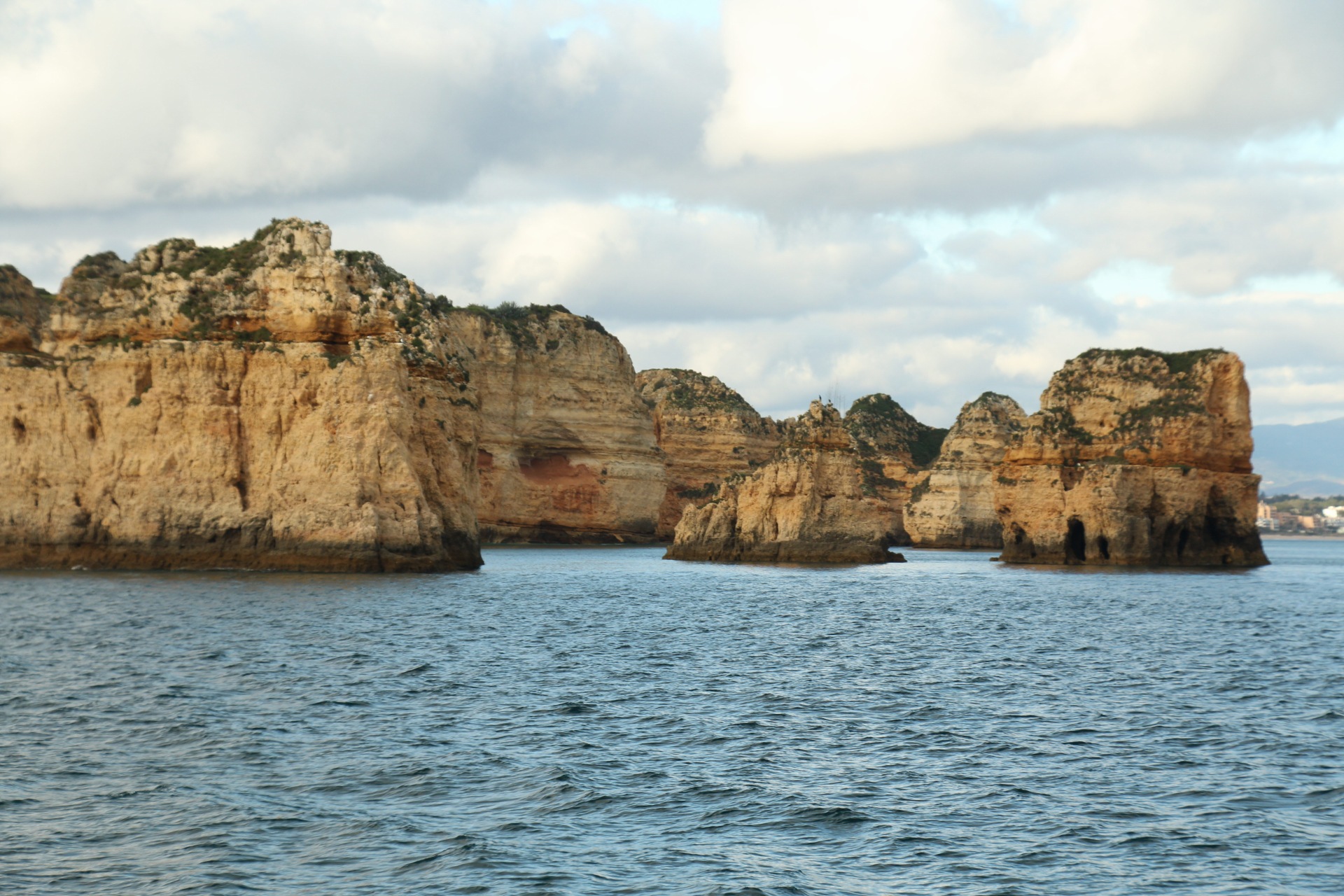 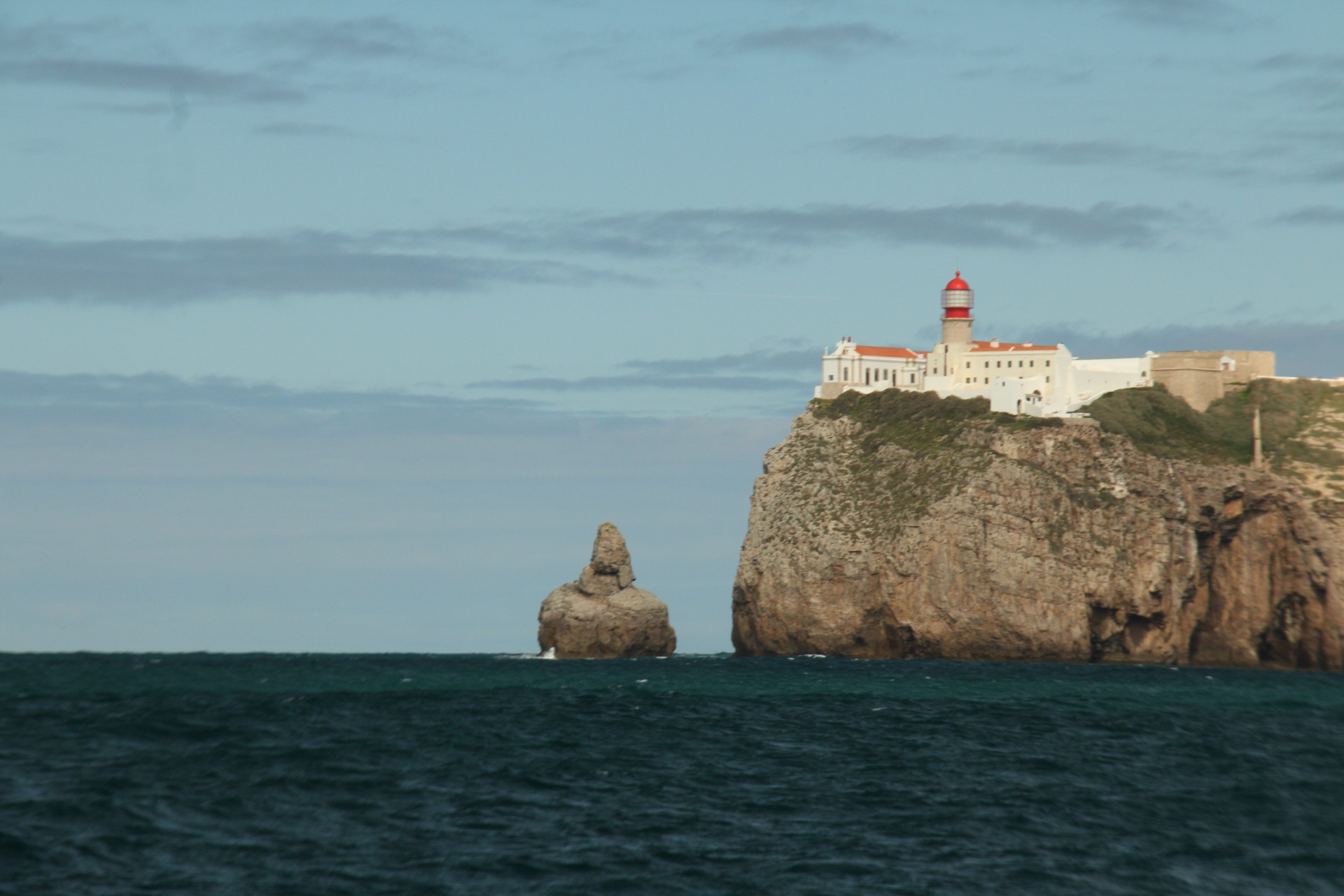 We left Lagos at around 11 pm. It was cloudy, but great sailing weather nonetheless. Shortly after leaving the harbor, our young friends from Berlin took photos and videos with a drone, which was pretty cool. The meal of the day was spaghetti aglio e olio. We had winds from NW between 8-12 knots, and it made for an extraordinary sailing. 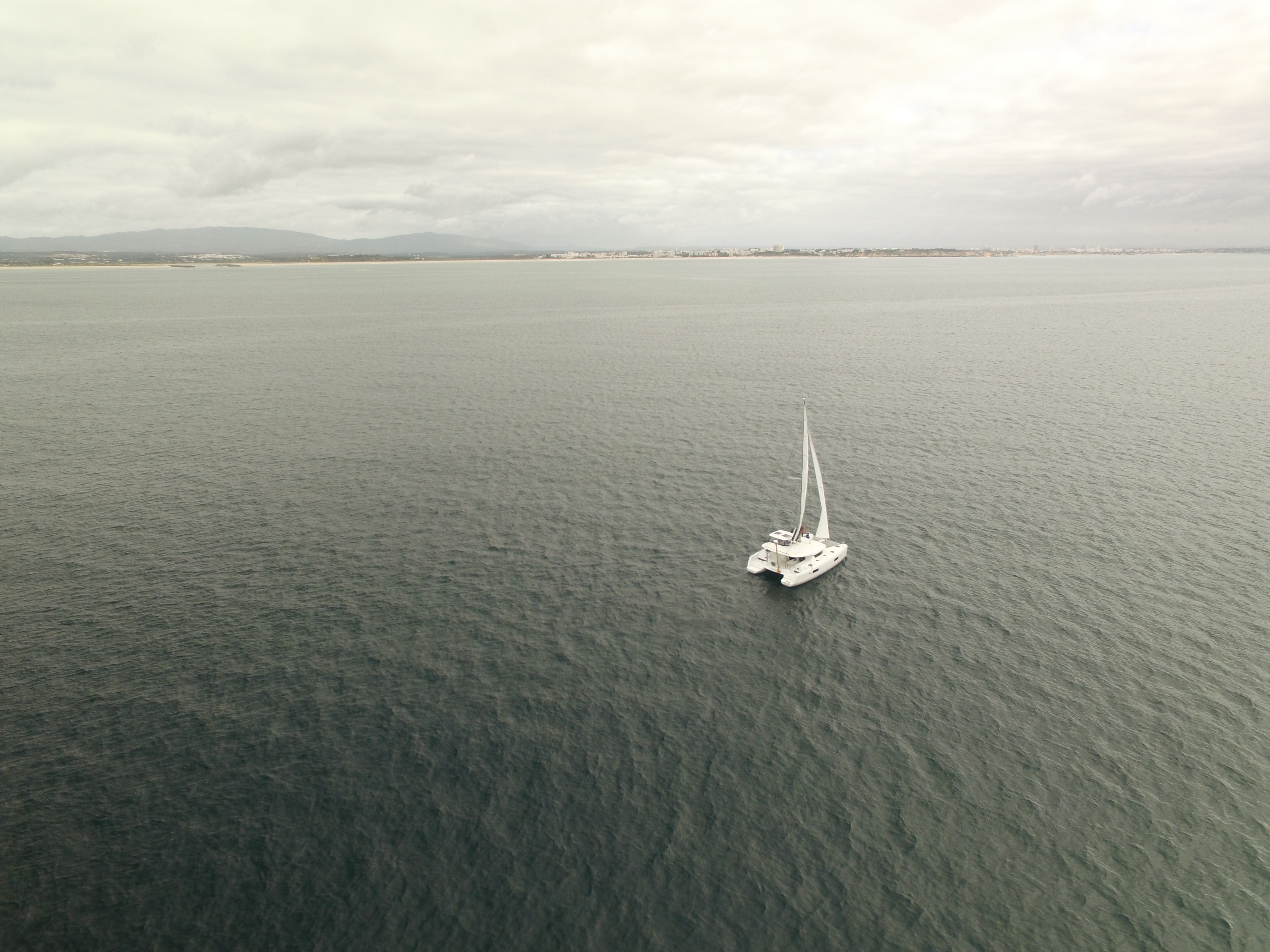 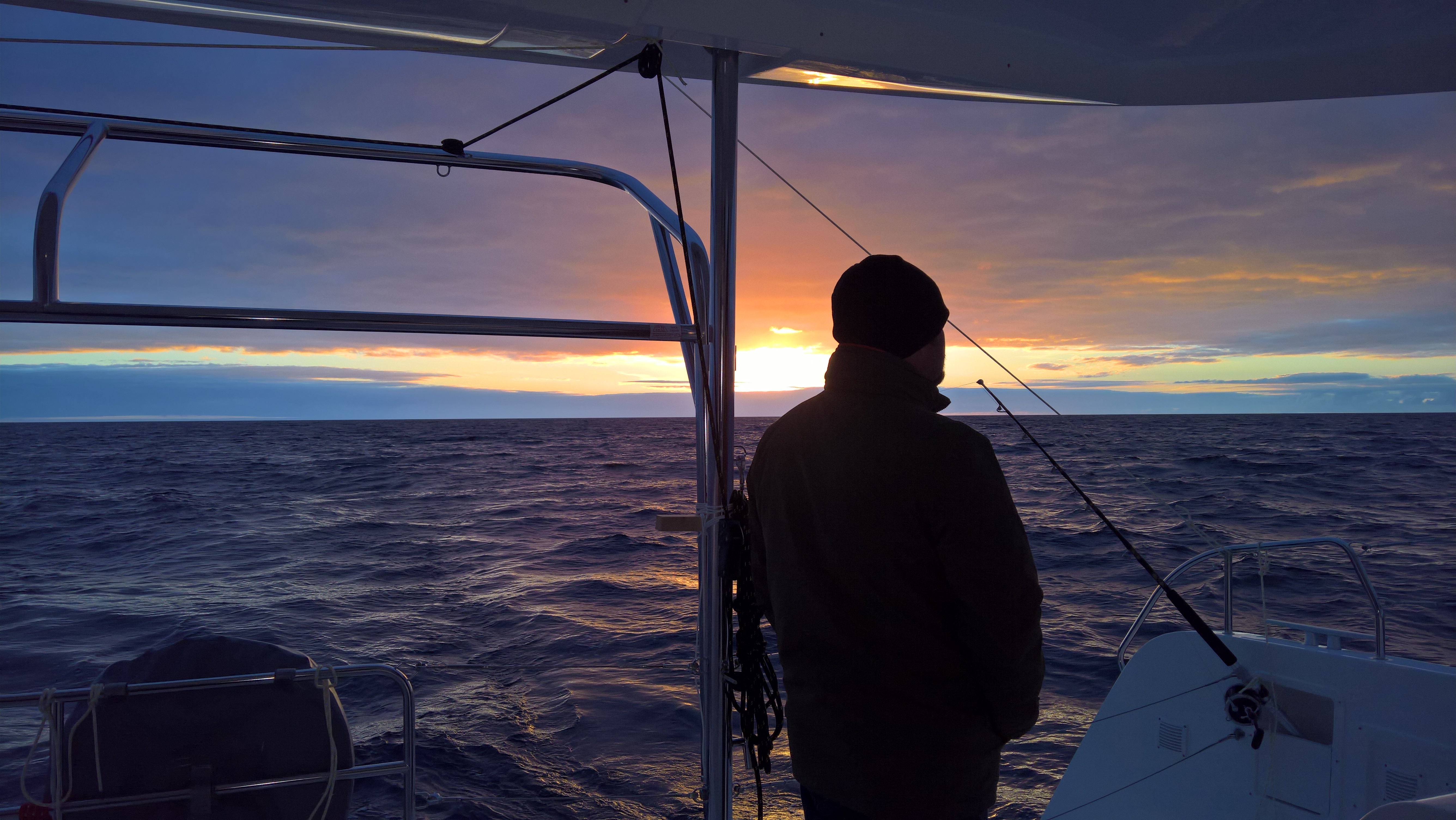 We had to run the engine from 1 am ‘till 3.15 am. At night, there was a lot of traffic, and we were busy with the radar and AIS. In the morning, the day was bright with no clouds, and we sailed to Cadiz. Only once we were in the inner bay, we started one auxiliary engine. At 12.45 pm, we dropped the sails, and at 13.30 pm, we moored up in the Royal Nautico Club de Santa Maria after driving up the river. In the afternoon, we made an 50 hour oil change on both engines, and demounted for the second time the magnetic compass to make the light red. Santa Maria is the center of sherry production, so, in the evening, we had some tapas along with some delicious sherry.

Check out the third chapter of our story!

1 thought on “From France to Croatia: Lagoon 42 Transfer Diary, Part 2”