Throughout the Golden Age of Piracy there were few captains more flamboyant than Jack Rackham. Called “Calico Jack” due to his flashy dress, his short career was marked with daring and bravery. Calico Jack took part in many a pirate adventure, unfortunately for Rackham and the pirates sailing with him on the pirate boat, the quality of his decision making did not always live up to his larger-than-life persona. He burned bright and faded fast, and left us with one of the most intriguing pirate tales of the period.

Calico Jack served under Charles Vane in 1718. Vane was an Englishman, like Rackham, a feared pirate and captain of a pirate boat called the Ranger. When the Ranger encountered a massive French warship outside of New York harbor, Rackham rallied the crew, hoping to take the ship and its cargo. Vane refused and fled the fight. Later, the crew would vote Vane out of his captaincy for his cowardice, and place Rackham in command. Captain Calico Jack Rackham was born and granted his own pirate boat. 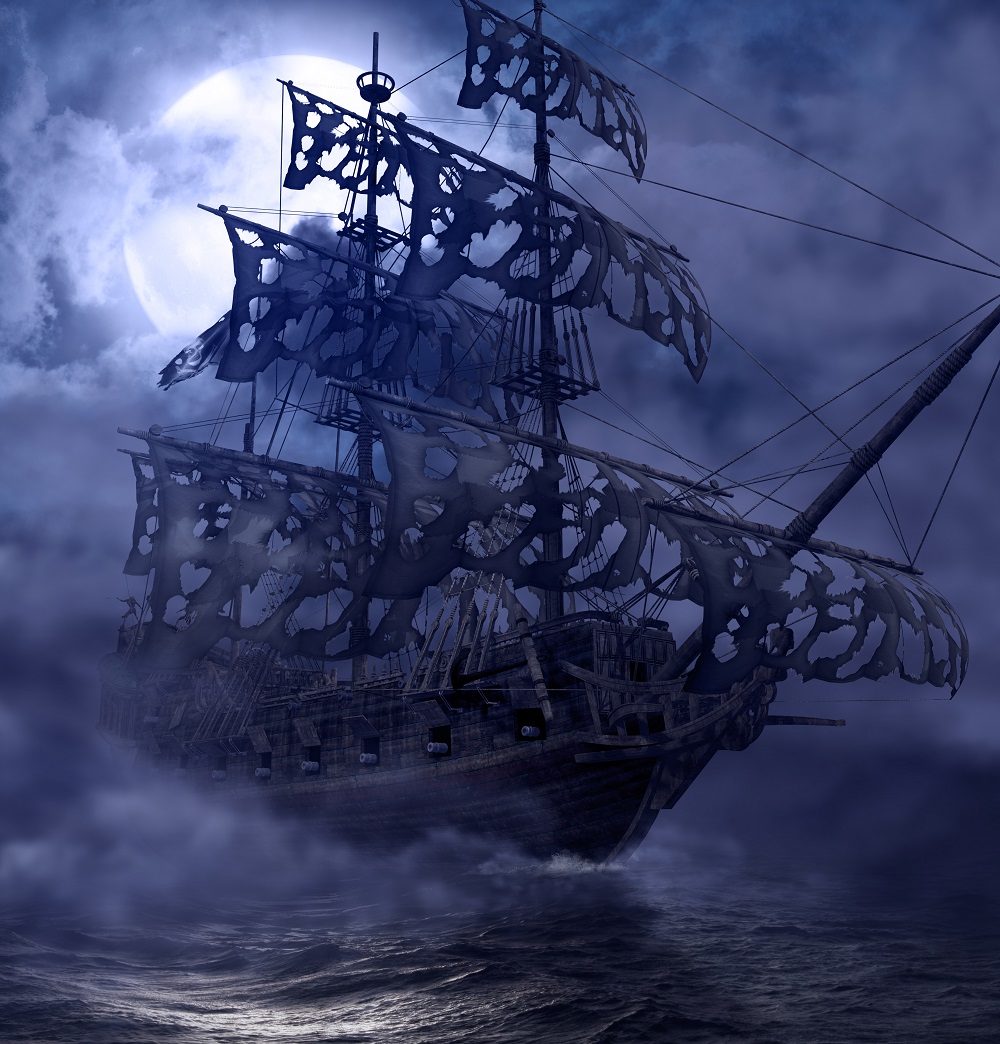 Rackham’s pirate adventures and plundering yielded few successes, mainly focusing on small towns along the coast. Eventually working his way to the Caribbean, Rackham set the pirate sail and boldly took a large merchant ship called the Kingston and sailed off with the greatest prize of his young captaincy. But even this turned out to be a poor choice. Unfortunately for Rackham, the merchants he had stolen from were none too happy about his misdeed, and hired a group of privateers to hunt him down.

While Calico Jack and his crew were camped ashore on an island near Cuba, the privateers retook the Kingston. Rackham and his crew escaped deeper into the island with their lives, but they were now left without a ship and pirate sail to raise. Crammed into a small pirate boat, Rackham and his remaining crew began the three-month sail from Cuba back to Nassau, where he hoped to set himself on the straight and narrow.

In the Bahamas Rackham sought a pardon from Governor Woodes Rogers, claiming that Vane had forced him into piracy against his will. His pardon granted, Calico Jack began a new life as an honest man, taking a commission as a privateer. But it wouldn’t be long before trouble found him again. 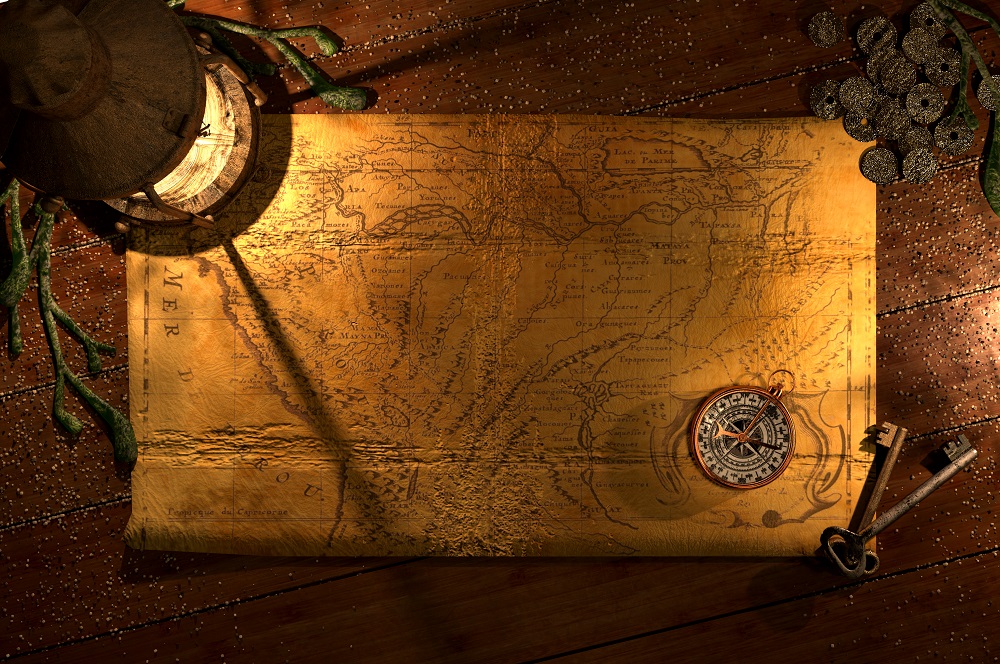 While in Nassau, Jack fell in love with Anne Bonny, the wife of James Bonny, one of the Governor’s men. When the affair was revealed Rackham offered to pay off James Bonny in a divorce by purchase, much to the chagrin of Anne who would have none of it. The Governor ordered her whipped for her adultery, leaving Rackham and his new love no choice but to steal a boat and escape the island.

With his pardon voided by his actions, Calico Jack recruited a new crew and once again set his pirate sail for plunder, this time with Bonny beside him disguised as a man. During one of their attacks, Rackham captured the crew of a merchant ship and took on a sailor with an interesting secret of her own. Mary Read had lived and worked dressed as a man from the time she was a teenager. She struck up a friendship with Bonny, and when Rackham became jealous she revealed the truth.

Thus, Calico Jack Rackham became the only known pirate boat captain with two cross-dressing women on his crew. It might seem like this trick would have been hard to pull off, but apparently Bonny and Read were pretty tough ladies, able to fight and scrap with the best of them. Like most pirates, Rackham’s story did not end well. Following a short period of mayhem where once again he accomplished very little, Calico Jack was overtaken by famous pirate hunter Jonathan Barnet while drunk ashore with his crew. Rackham was taken back to Jamaica to stand trial for his deeds, and there would be no pardon this time. Rackham was hanged for his crimes on November 18, 1720.

Before his death Bonny is alleged to have said, “If you had fought like a man you would not hang like a dog!” Talk about your touching goodbyes! Read and Bonny were found guilty as well, but claimed they were pregnant and escaped the noose until their children were born. Read died in prison, but Bonny disappeared into history, never to be seen again. The body of Calico Jack Rackham was displayed at the entrance to Port Royal as a warning to all would-be pirates.

Throughout his short time of operation Calico Jack Rackham was one of the most feared pirates of the Caribbean, though perhaps one of the most blundering as well. He’s believed to be the original creator of the Jolly Roger flag we are familiar with today, with a skull and two crossed swords or bones. But it may be the characters of Anne Bonny and Mary Read that have cemented Rackham’s place in history. It’s a story almost too amazing to believe, but then again tales like these are what has led many to romanticize the Golden Age of Piracy and pirate’s adventures. 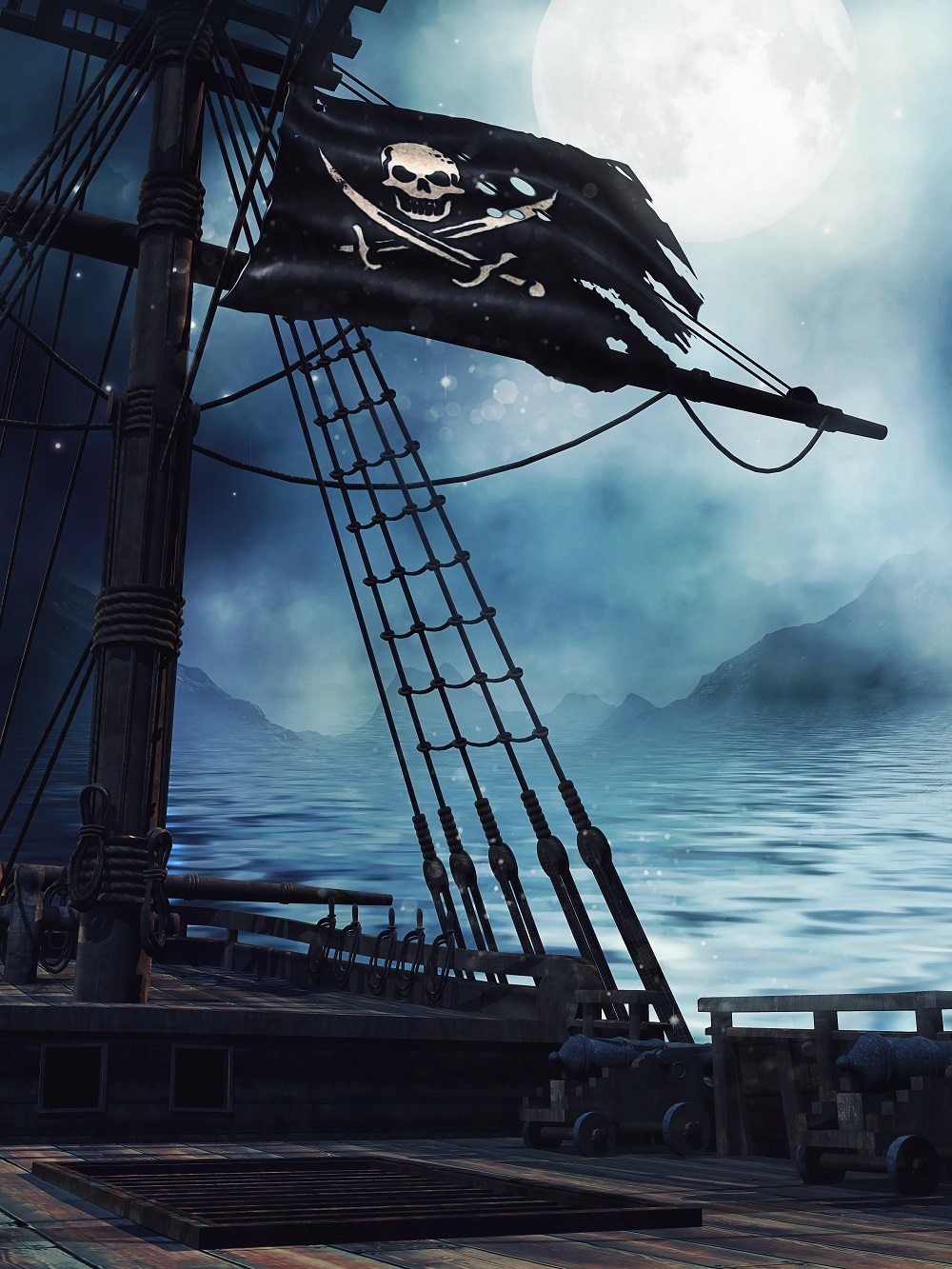 Though we have since romanticized the Golden Age of Piracy in movies and books, doubtless, travel by sea would have been quite intimidating back then. If we lived during the time, we may have looked upon news of pirate activities in the same way we do terrorists and hijackers today. Pirates were hunted and despised, enemies of every government with few places to hide. Most had short careers with few successes, and most died far before their time.

Nevertheless, men (and a couple of ladies) of varied backgrounds, creeds and nationalities took to the seas dreaming of riches, even though most of their brethren ended up at the end of a hangman’s noose. For them, it was far better to live the exciting but shortened pirate’s life than endure the mundane existence of a common man.