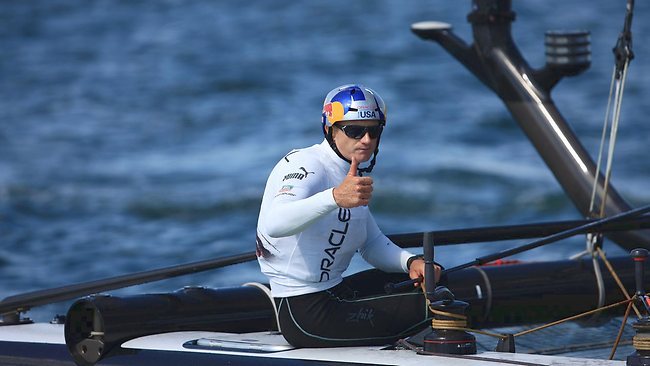 The fans of Oracle Team USA, the current defender of America’s Cup, were delighted when Jimmy Spithill confirmed his return to the team at the beginning of February. His goal is to join the team and win the America’s Cup for his third consecutive time. He is already a legend because he is ‘the youngest skipper to ever lead a team to victory in the competition for the oldest trophy in international sport’. He started his America’s Cup career in 1999/2000 as a 20-years-old skipper of Young Australia Team. He participated in every event since then making significant progress that lead him to victory in 2010 with USA 17 or BMW Oracle Racing and made him the youngest skipper to win this trophy. He did it again in the breathtaking defense of the trophy last September in the waters of San Francisco bay against Emirates Team New Zealand. The news from early February confirmed rumors that Jimmy could not refuse the offer from Russell Coutts and Larry Ellison; and the challenge to win this trophy for the third consecutive time. Spithill claims that he believes in his team and its winning atmosphere which were among the strongest factors to accept the offer. He is very excited about the project of another America’s Cup campaign and is keen to get started with trainings and races. James also emphasized that he is especially thrilled by his team environment where working together towards a goal he has the chance to learn about himself and be better in every segment of life each day. As Larry Ellison, the team principal and Russell Coutts, team CEO still are determined to win the trophy again, the other team members are to be revealed pretty soon. Competing in America’s Cup series is often called an ultimate test athletically, mentally and in team management, which is, according to Spithill, so addictive. Isn’t it all about sailing – so addictive? I wish you a calm sea, a fine wind and a strong mast!
sailors