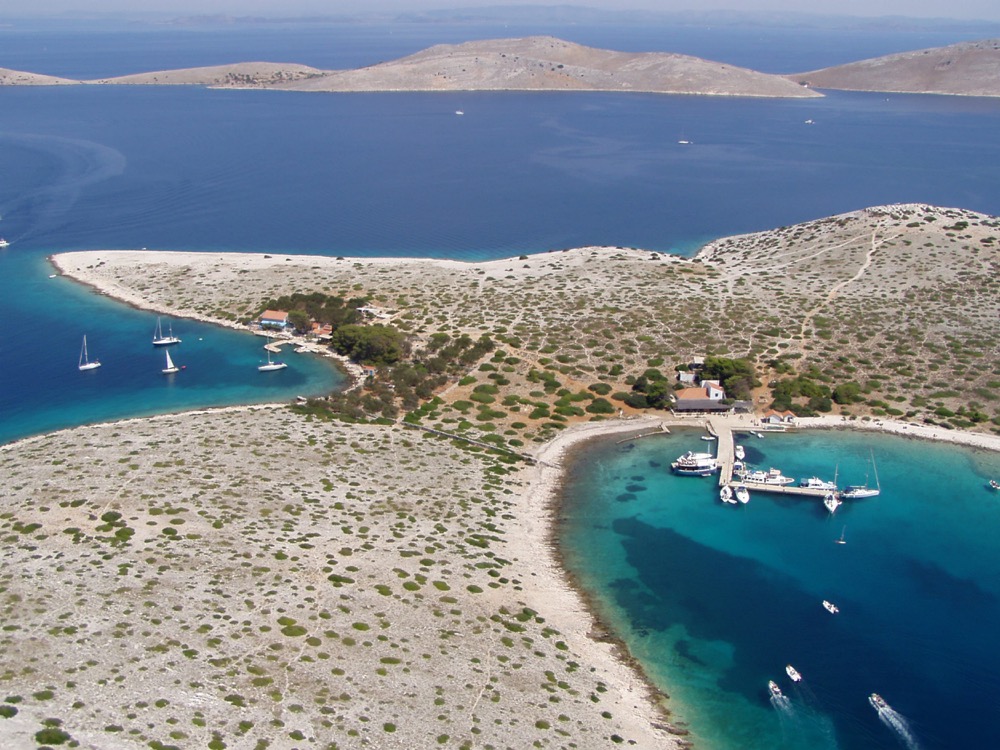 I have already written about several families who have preserved their tradition and decided to stay on Kornati, living their life in the old-fashioned way. Some of them have modernized a bit and opened taverns and restaurants that offer genuine seafood. Unlike most of these places, Beban tavern at Lopatica Bay, also known as Gujak Bay, on the island of Kornat, could be called a heaven for lamb lovers. Mudronja brothers, the owners of Beban, are the successors of the last family on Kornati that keeps sheep in a traditional way. Those who have already visited Kornati National Park remember that the entire area has a lack of vegetation and fresh water. Someone might wonder why anybody would want to keep sheep in such a dry environment. However, experts guarantee that roasted lamb from Kornati is the most delicious of all. The secret to this lies in the herbs eaten by the indigenous sheep and the morning dew which serves them as a source of water. The best period to taste roasted lamb is between May and the middle of July. During that time, lambs, which have just been weaned from their mother's milk (they have just stopped drinking it) and have not yet drank a lot of water, grow to around 15 kg of weight, and they eat spicy and salty herbs. Such combination makes the meat especially tasty and it should be prepared not later than five to six hours after the animal is killed. Some might object to such treatment of animals, but lamb has been prepared in such a way for thousands of years. [caption id="attachment_6508" align="alignnone" width="1000"] 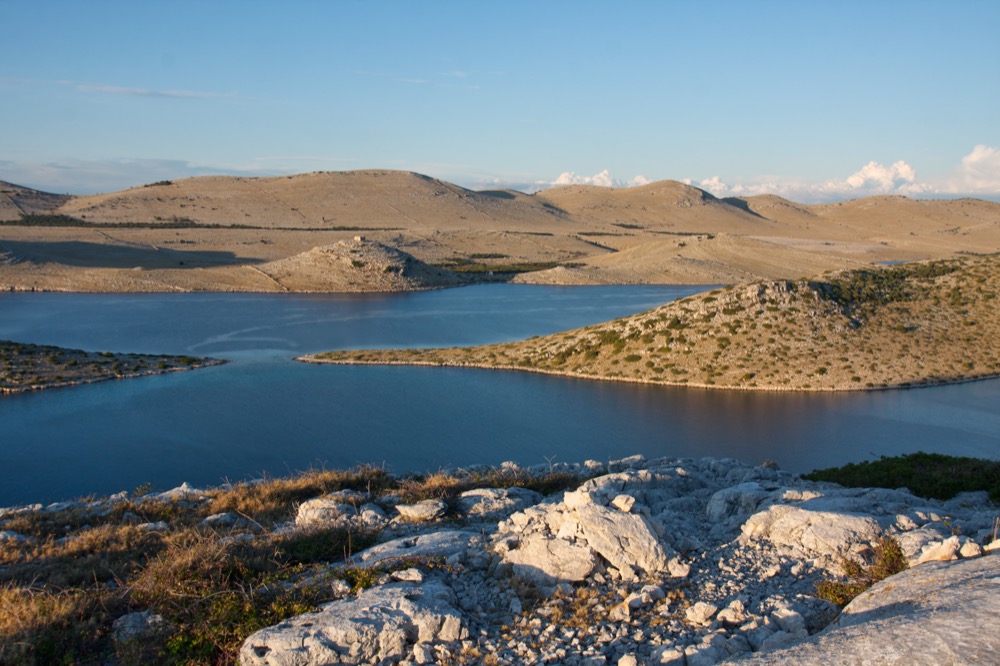 Kornati[/caption] The lamb meat is prepared in the traditional way, known as “ispod peke” ("under peka"). Peka is a steel bell under which a dish full of meat, potatoes, herbs and other ingredients is placed. Peka is then covered with charcoal and ashes. Such a style of cooking was already in use in the Bronze Age, although peka was then made of clay. Aside from the sheep, the Mudronja family also grows olives (from which olive oil is produced), potatoes and vegetables. Herbs used in cooking grow all around the island. Lamb, however, is not the only specialty the Mudronja brothers have to offer. Since fishing is deep in Mudronja’s blood, seafood lovers will not be deprived of their pleasure. The traditional menu of freshly caught fish is inevitable in any decent tavern on Kornati. The pontoon in front of Beban is equipped with several moorings, while the depth is around 2.5 m. Safe anchorage in the bay can be found on depths between 7 and 10 m. If you would like to know more about sailing Kornati, visit A Yacht Charter Zadar! I wish you a calm sea, a fine wind and a strong mast!
Adriatic Sea Croatia Dalmatia Kornati peka restaurant review