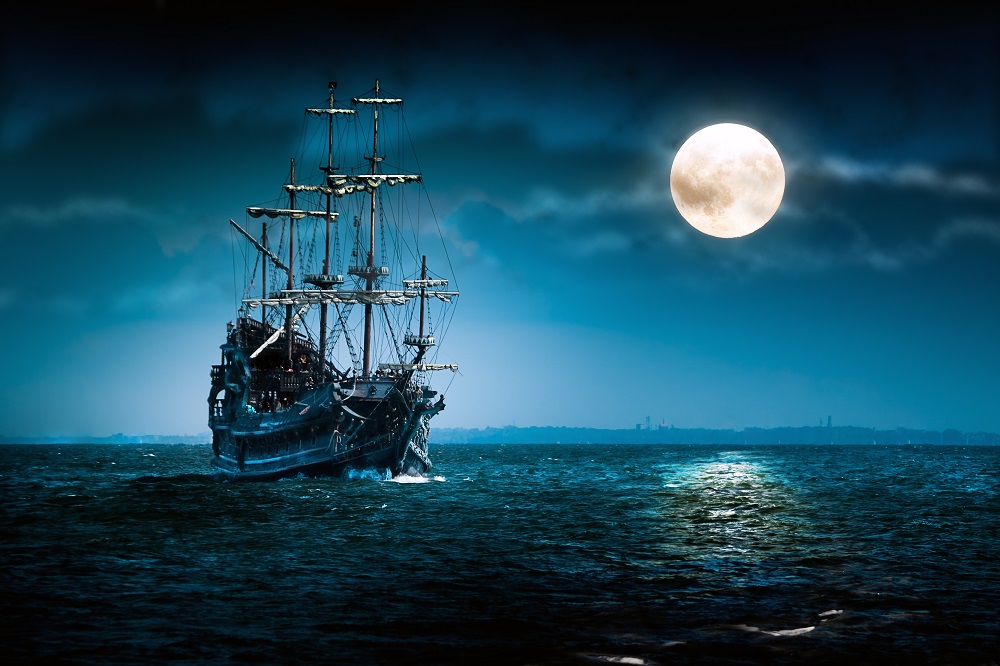 The most known and celebrated period of pirate activity and pirate adventures came in the period between 1650s and 1720s, when all the world's major naval superpowers focused their trade efforts into the areas of Central America and India. Increase of the trade ships filled with wealth also attracted large amounts of pirates. After the start of several wars, many of those pirates accepted to be officially employed by various governments, and help them in their war against each other. When the wars ended, enormous fleets of ex-privateers found themselves without employment, and majority of them decided to go back to their pirate ways. This big influx of pirate ships created the now famous last stage of the Golden Age of Piracy - a time when no ship in Caribbean was truly safe from them and armies of famous pirate ship captains reigned terror across the seas. 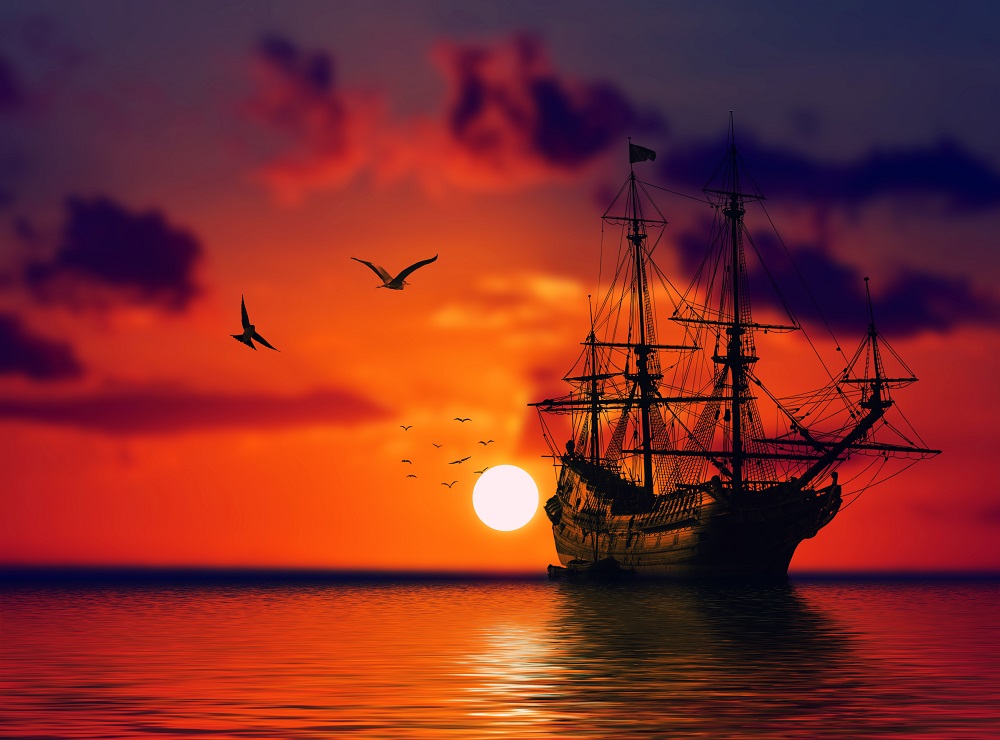 One of the most influential pirate ship captains from that time was Edward Teach, better known as Blackbeard. During the height of the pirate age in the Caribbean, legends of one man brought fear and admiration across the waters of West Indies and eastern American colonies. Even though he operated as a pirate for only three years, Edward Teach, managed to forge his destiny as one of the most popular pirate ship captains of all time. Even today, his pirate adventures and the image of notorious and villainous nature survived in many forms of media, from books and stories to modern movies. Blackbeard is regarded to be one of the most devious and ruthless pirates who tormented the waters of the Atlantic and the Caribbean. And while his pirating adventures might not have extended for decades, the history of Edward Teach is one that is recounted with much fervor. 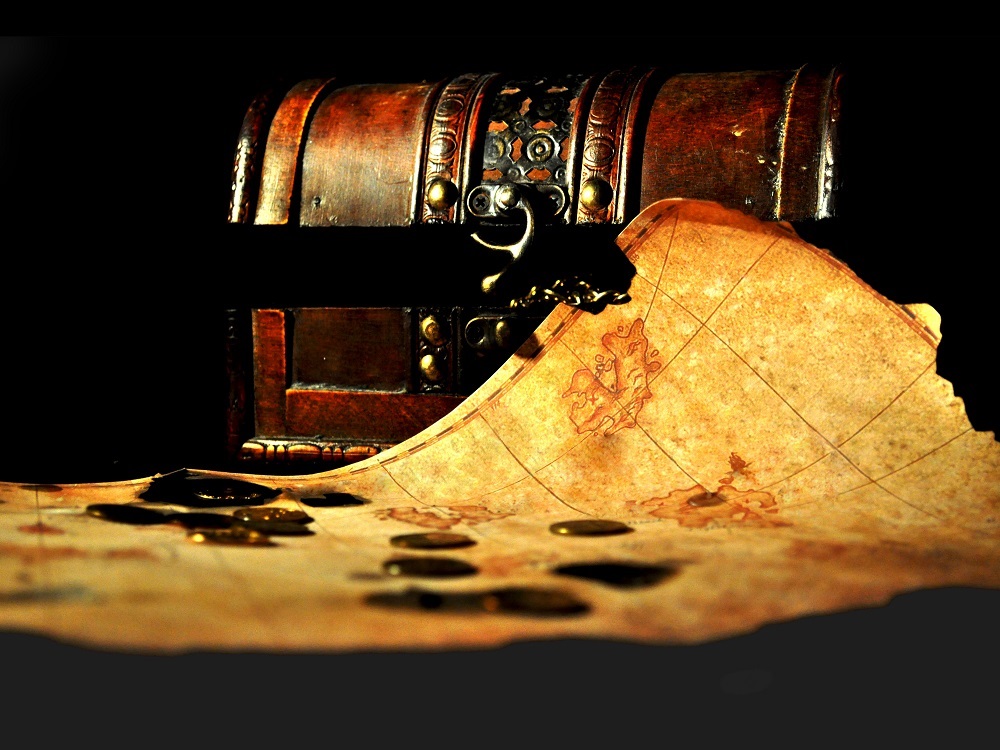 Gaining the respect and trust

There is little known about his early life, except that he was born in Bristol around the year 1680. First records of his life came after he boarded the ship to the New World where he served as a privateer during the War of Spanish Succession. After the war he went to British held New Providence in Bahamas, a famous gathering point of many pirates in that area. There he met and joined the crew of the ex-privateer and pirate ship captain Benjamin Hornigold. His temerity, steadfastness and loyalty to the captain helped him gain a lot of faith with Hornigold. During his time there Edward Teach also gained the respect and trust of the pirate ship captain for his innovative military tactic and the bloodthirsty reputation that started circulating across Caribbean. When Hornigold decided it's time for his retirement (by accepting the amnesty for his pirate actions from the Governor of Bahamas), he promoted Teach to captain and gave him control of his best ship "Concorde". He quickly improved this massive 300 ton frigate with more firepower (to the total of over 60 cannons) and renamed it as "Queen Anne's Revenge", which he would use as his flagship. 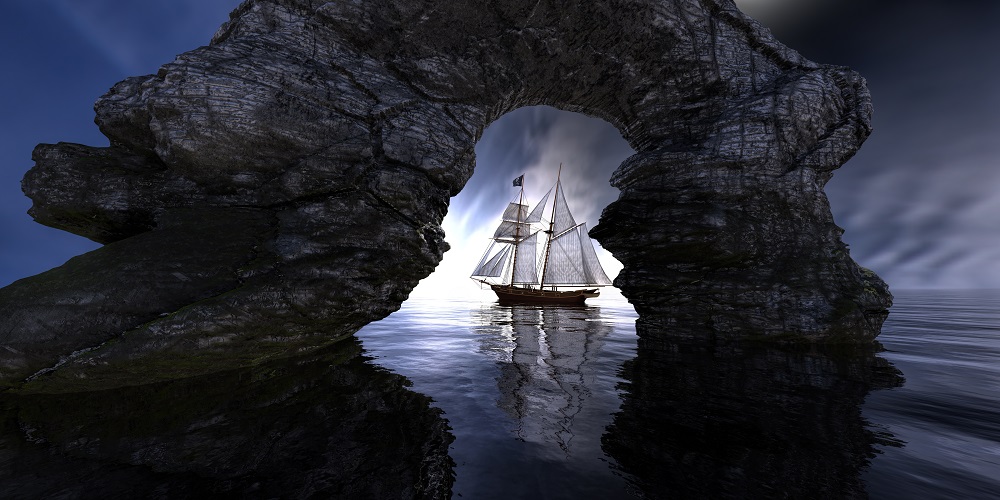 During the year 1718. Edward Teach (now operating under a popular nickname Blackbeard) continued his pirate adventures. Him and his pirate crew were sailing and plundering trade ships around the Caribbean, and some of his most notable sea-battles were against the English warship "Scarborough" which greatly solidified his fame. Many tales of him describe his brilliant military tactics. After boarding the captured ship, he used theatrics and imposing image as a way to make defenders to lay down arms. He separated his long black beard into several tails, carried a sling with three pistols, cutlass and several knives on his belt, which all contributed to the spreading of his villainous reputation. However, apparently he was fair and very generous to the captured people who cooperated with him. 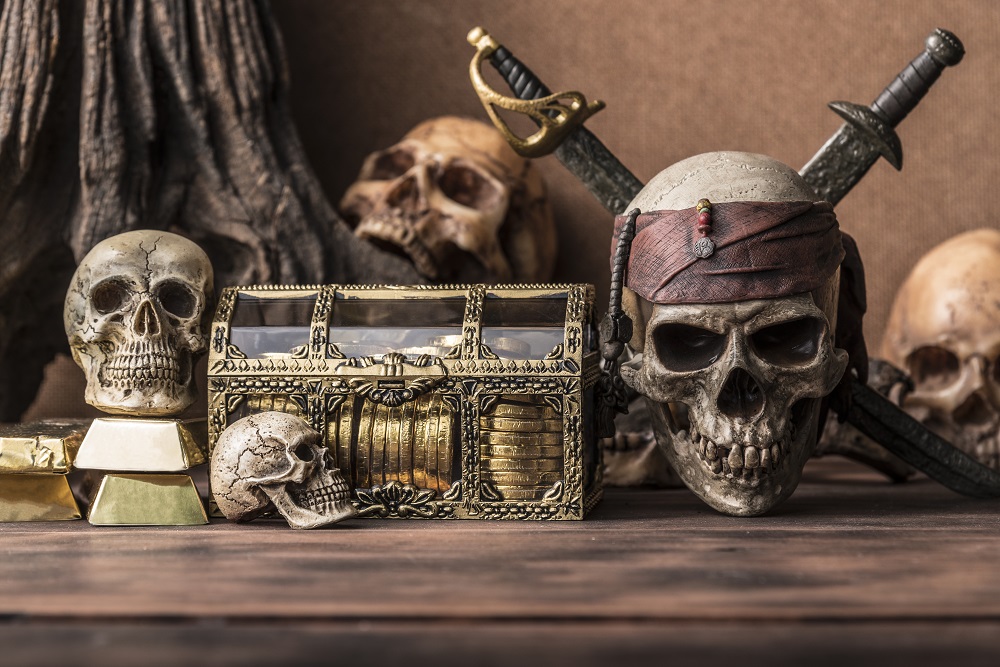 Blackbeard had a very interesting modus operandi. It was well-planned and thought of. Observing an incoming vessel’s nationality was the very first objective, following which a similar flag used to be raised in the pirate’s boat. This ensured that the incoming vessel was fooled till the pirates raised the pirate sails and mounted an attack on the unsuspecting crew either forcing them to surrender or be captured. He operated from the Ocracoke Islands, where he used the popular local market to freely sell captured goods. Soon he joined forces with the pirate ship captain Stede Bonnet, but after discovering that he was not reliable and trustworthy, Blackbeard boarded his vessel and took command of his entire crew. Now with several ships in his possession and a large number of pirates sailing with him, Blackbeard started a more organized piracy operation.

With four ships and over 300 pirates he raised the Jolly Roger and his pirate sails and laid siege to the harbor of today's Charleston in South Carolina where he managed to seize 8 vessels. However, shortly after losing "Queen Anne's Revenge" to the shallow waters, Blackbeard decided that it is time for his retirement. After few short months he became restless and soon he was back to his pirate lifestyle, but this time English officials were determined to put a stop to his tyranny. The Virginian governor, Alexander Spottswood mounted an unsuspecting attack on the pirate stronghold of Island of Ocracoke. 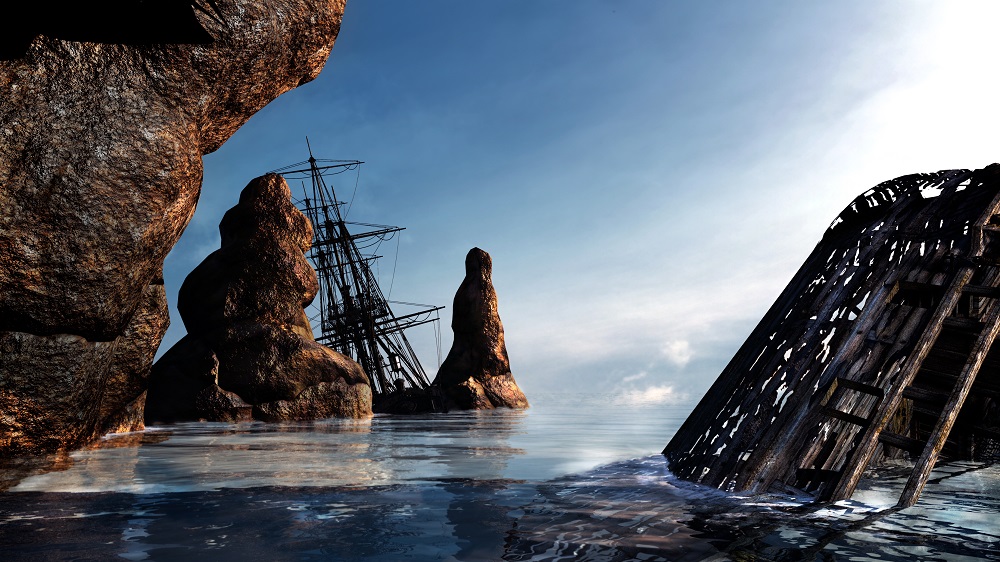 Death and mutilation of Edward Teach

A naval entourage was led by skipper Lt. Robert Maynard. Two English sloops attacked Blackbeard in one of the most famous sea battles of all time and the pirate was brought down and not with utmost ease. During the last moments of that battle, small force of Blackbeard's pirates boarded the Lieutenant Maynard's ship and two captains engaged in hand-to-hand combat that is even today remembered as one of the most pivotal points in the "Golden Age of the Pirates". Blackbeard battled his way even while he was in the throes of losing his life and it took over 20 strikes to his body to end his life. Upon his death, as a proof of his execution, his head was cut from his mutilated body and mounted on the prow of Lt. Maynard’s vessel while his body was thrown into the waters for sharks to feast on. At that time, such a display was also intended as an act of intimidation to other pirates to cease their nefarious activities.
captain Blackbeard Caribbean Edward Teach piracy pirate ship pirates