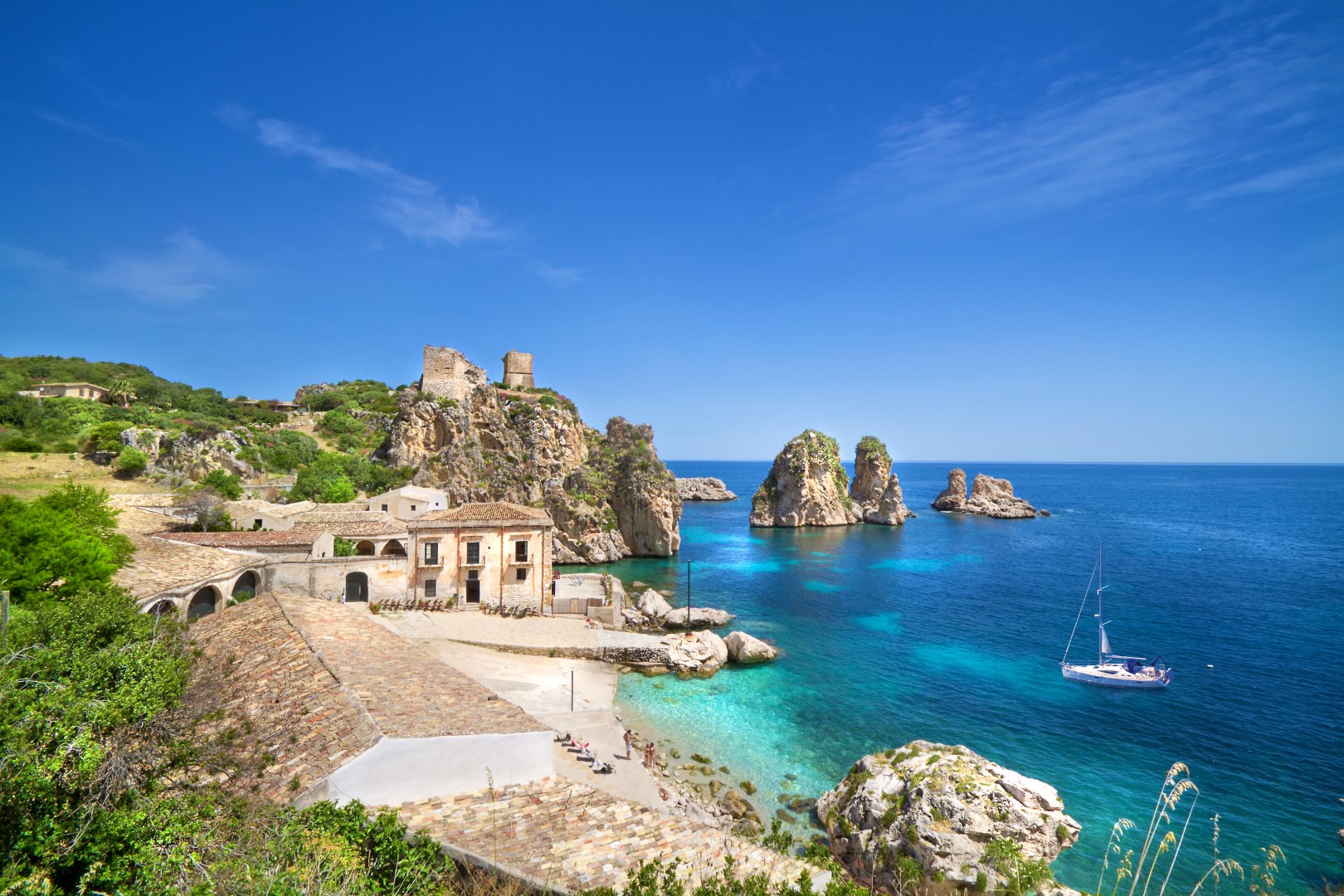 Sicily is the biggest island of the Mediterranean and makes the biggest Italian region along with the surrounding smaller islands. The center of the region is Palermo, where most of Sicilians live.

Furthermore, Sicily is famous for some of the most important cultural, historical, natural and tourist sites in Italy which are not all situated on the coast, so a detailed plan is required in order to use the time in the best possible way.

On the northern side of the Sicilian coast lies the Tyrrhenian Sea with Aeolian or Lipari Islands, which are a very popular sailing destination when chartering a yacht in Sicily, especially if you choose Portorosa as your starting point. Aegadian Islands are located around the western cape of Sicily and make a popular sailing route when sailing from Trapani or Marsala. Aegadian Islands consist of Favignana, Marettimo and Levanzo, while Pantelleria and Pelagian Islands Lampedusa, Lampione and Linosa are located between the southern shores of Sicily and Tunis.

The ports of Sicily are among the most important ports of the Mediterranean, as they were throughout the history. The biggest and the most important of them is Messina, situated on the northeast corner of Sicily, at the Messina Strait. Not only an important logistic and commercial port, Messina also refers to the center of nautical tourism as well.

Extra care has to be taken when sailing Messina Strait due to the busy traffic and special regulations, along with the strong current. Important ports at the east and southeast of Sicily are in Catania and Syracuse, while Ragusa and Agrigento would be recommended places for yachtsmen on the southern Sicilian coast.

The climate of Sicily is characterized by warm springs and autumns, hot summers and mild winters. The prevailing winds from June to September are northwesterly ranging between 8 to 15 knots. The highest temperatures up to 40° C are possible during the summer when scirocco, a hot wind blowing from the south, brings the hot air (along with sand particles) from the Sahara desert in Africa.

Sicily along with the surrounding islands is under a great influence of volcanic activities. The most famous volcanoes are on the island of Stromboli and Vulcano in the Aeolian Islands, while Etna is located in Sicily.

Some 17 NM southwest from Agrigento, there is a submerged volcanic island called the Ferdinandea or the Graham Island (Graham Bank), which was discovered when it last appeared in 1831.

Despite volcanic activities, Sicily has a lot to offer, both at the seaside and in its interior, so it takes more than once to experience the essence of Sicily, often called ‘the connector of the continents’.

Visit Cruise Italy Yachts to find out more about Italy as a sailing destination. If you have any dilemmas about where or when to sail or charter a yacht, I am sure this website will help you make up your mind or maybe even persuade you to pick Italy as your sailing destination.