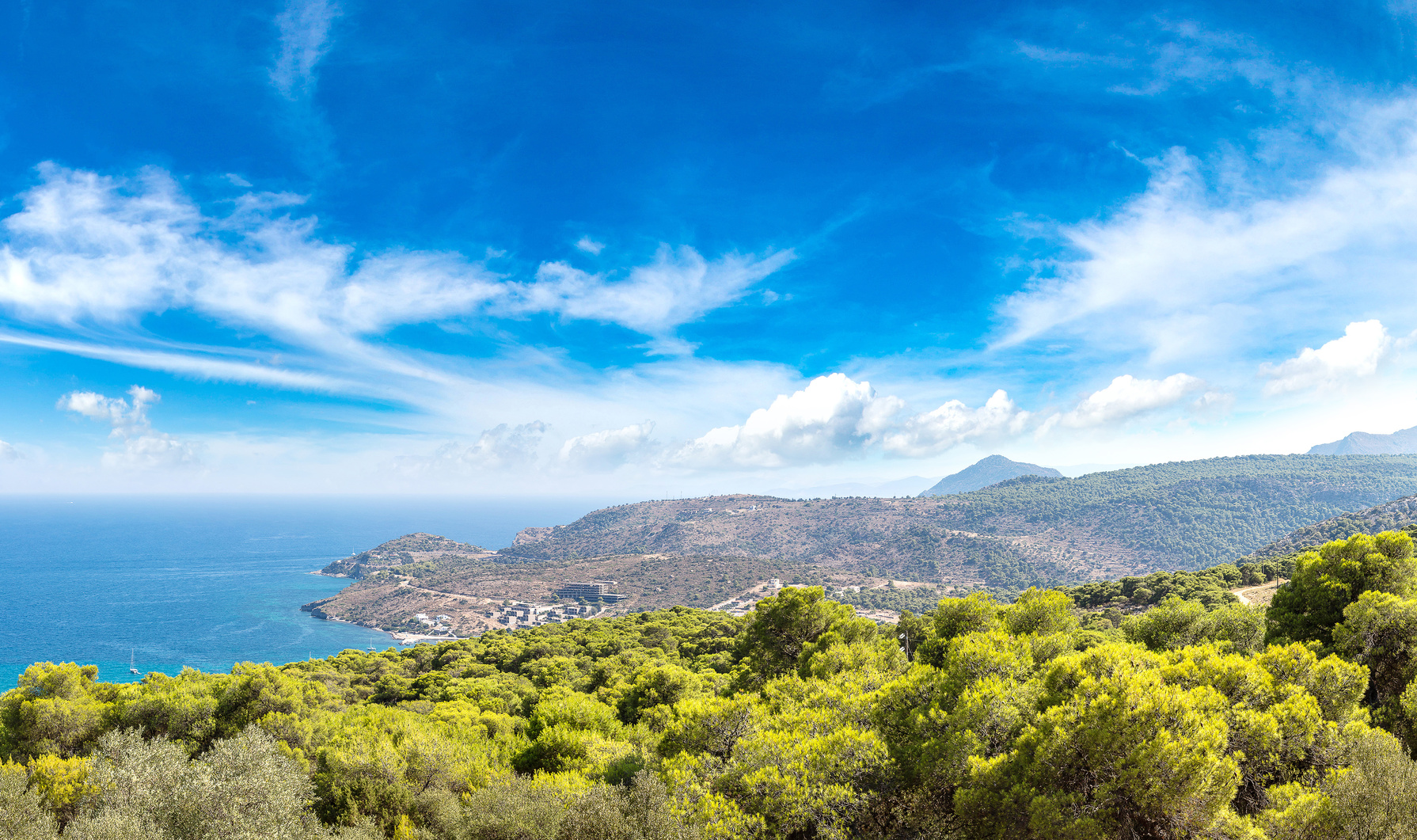 Belonging to the heart of Aegean Sea, located West and Southwest off Athens’ port Piraeus and defining the east coast of Corinth isthmus the Saronic Gulf is yours to discover. Let’s start from the beginning and take a look at the mythology to find out the origins of the Aegean Sea. It takes its name from Aegeus, the father of ancient hero Theseus. He was sent to Crete as part of an annual tribute of young Athenians to horrid monster Minotaur. Theseus agreed with his father that a black sail on the back coming ship would be a signal that he was dead while the white sail would mean that Theseus is onboard, alive and kicking. However, Theseus managed to kill the Minotaur and find his way out of the labyrinth with a little help of the beautiful Ariadne. Unfortunately, Theseus forgot about his deal with father and left the black sail on the mast so Aegeus flung himself into the sea believing his son was dead. The myth also says that this could be a punishment because Ariadna was unceremoniously dumped on island Naxos so the gods clouded Theseus’ mind. Nevertheless, the sea was named Aegean which remained its name until nowadays. Summer sailing in Saronic Gulf is always characterized by northerly summer winds called meltemi. These winds regularly blow from NNE to NE at about force between 4 and 6 while they can be stronger in other parts of Greek waters, especially in central Aegean. However, Saronic Gulf benefits from the Attic mainland's partial shelter from the summer Meltemi that usually start blowing in July and stop in October. Although Saronic Gulf was believed to be a string of six entrances to the Underworld, this area nowadays offers relaxed and easy sailing. After leaving busy Piraeus, the port of Athens, there is a well indented island of Salamis where only few anchorages are available. It would not be a great loss if you pass this island without stopping because of numerous naval installations and polluted water. It’s better to remember Salamis for its epic battle when brave Greeks defeated powerful Persian fleet. Apart from Salamis the gulf includes islands of Aegina, Poros and smaller islands of Patroklou and Fleves where fine anchorages and beaches can easily be found. [caption id="attachment_5604" align="alignnone" width="1742"] 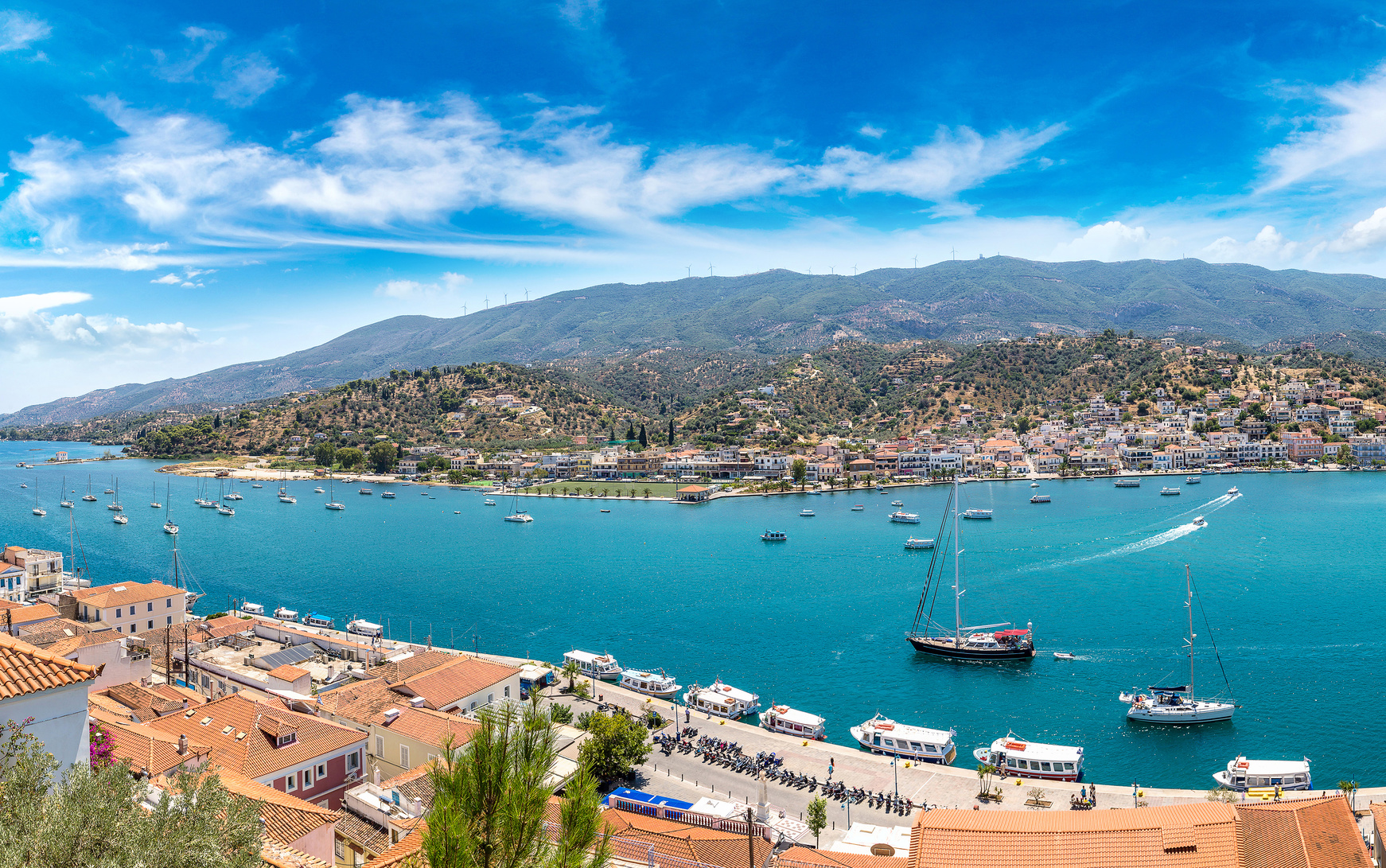 Poros island[/caption] Interesting places for yachtsmen are also the Corinth Canal which divides the Peloponnesus and the Greek mainland, the port of Korfos and the wonders of ancient Epidauros. This ancient city was the most celebrated healing centre of the Classical world while its amphitheatre still amazes thousands of visitors with its perfect acoustics. Eastern side of the gulf, SE of Athens offers the coastal sailing passing beaches and marinas where numerous bars and taverns guarantee spirited nightlife. Saronic Gulf at this side ends with cape Sounion where the ancient temple of Poseidon, the god of the sea, brings a stunning view to the sunset over the Aegean Sea, where mythology meets the present… Everything you want to know about chartering a yacht in Greece and popular sailing regions in Greece you can find on Sailing Greece Boats because it also provides general information about Greece and various charter tips. I wish you a calm sea, fine wind and a strong mast!
Aegean Sea Greece