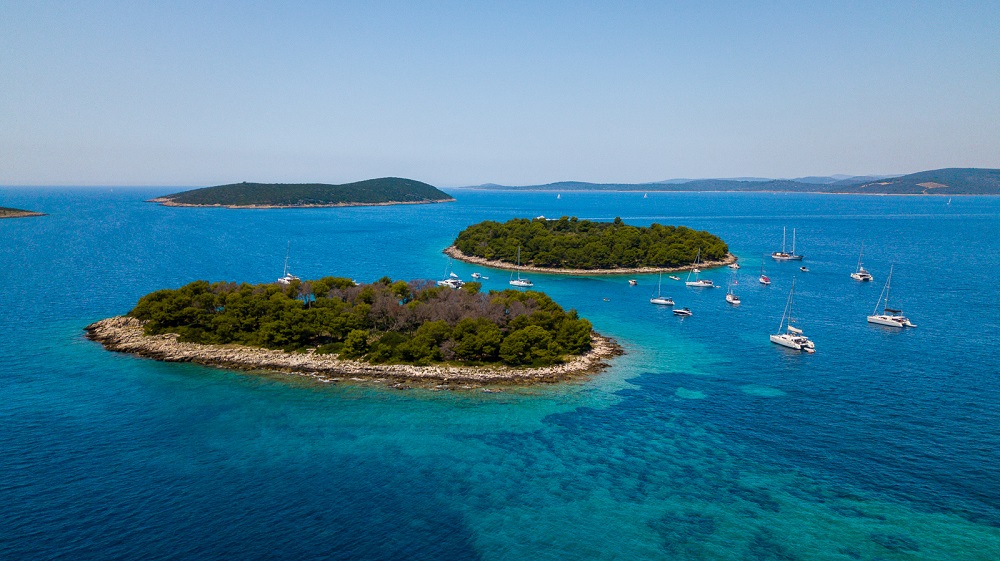 Šolta has emerged in recent years as a tourist destination that has a lot to offer to tourists. This is evidenced by numerous awards of which the latest is for Travel Leisure, the US Travel Magazine, which has ranked Šolta first among Top 50 World Vacation Destinations in 2018. In the light of all this, we decided to talk to the director of the tourist community of Šolta, Zorana Kaštelanac.

Apart from its incredible beauty, Šolta is an island that almost breaks the prejudices about the status of Croatian islands. Namely, according to available data, Šolta has a positive demographic trend as the number of inhabitants increases. What has contributed to the development of Šolta and attracting more and more people?

Šolta is 9 nautical miles away from the second largest city in Croatia and is well connected to the mainland, which means that the ferry ride to Split takes 50-60 minutes and the fast freight line takes 30 minutes. In the winter season the island can be reached with 4 ferry and 2 fast freight lines in each direction, and the boat lines are set up so that the islanders can go to work in Split, to the school or to the faculties. In the summer season there are 6 ferry and 2 fast freight lines in each direction. In addition, 8 island settlements are interconnected by very good roads, and two bus lines follow the departure and arrival times of ships to the Rogač ferry port.

Over the past few years, an elementary school, new sports hall and a new kindergarten have been built, which is certainly an indication that Šolta Municipality thinks the needs of young families living on the island. With the development of tourism, new jobs are being opened up, and more and more islanders see their future in conjunction with agricultural and tourism activities.

Tourism certainly plays a big part. Šolta often win awards at Days of Tourism as well as in other competitions. What makes the tourist offer of Šolta so recognizable?

What distinguishes Šolta from neighboring islands in tourist offer is the fact that Šolta's visitors are almost exclusively in private accommodation. Apart from the Martinis Marchi heritage hotel, in Maslinica, with a capacity of only 16 beds, there is currently no other hotel capacity on the island. Private accommodation offers guests a different kind of vacation, guests are accommodated in hosts houses, sometimes even in their family houses, and this is surely the best way to get to know the lifestyle of the islanders, to get to know the local culture and tradition and the added value of staying in private. They also have the flexibility that is often not found in hotels, so this is one of the main factors that make holiday more relaxed.

The island of Šolta, although only one hour away by ferry from Split, still preserves its authenticity, as the island is 52 km2 wide and the distance between the western and eastern part is only 19 km, ideal for active vacation such as biking, hiking, kajaking, and exceptional underwater locations make it one of the most interesting diving destinations on the Adriatic. Also, the Šoltans are very proud of their authentic olive and grape varieties, so our farmers have been working hard in recent years on the cultivation of these crops and on the branding of the olive oil from the Šoltanska sort and black wine Dobričić. Wine, olive oil and honey, known for its quality since ancient times, are certainly the most celebrated souvenirs on the island today.

Travel Leisure, the American Travel Magazine, had put Šolta to the Top 50 World Vacation Destinations in 2018 in the first place. How did a Dalmatian island in the fierce competition manage the top of the ladder itself?

There are a number of things that make Šolta stands out for its beauty and as a person born on Šolta I find it difficult to objectively answer that question. However, the fact is that Šolta is a place of authentic beauty, where even in the heart of the season you can avoid crowd and where you can enjoy the numerous pebble beaches. As mentioned in the article, Šolta is often neglected in the media because of more developed and larger neighboring islands such as Hvar and Brač, and its time is yet to come. However, this is not the only time that Šolta had been recognized by major world media. In 2015, CNN described it as a jewel on the Adriatic coast and ranked Šolta among the five incredible islands to escape from the reality that, as they write, one certainly did not take into account while looking for vacation destinations.

British The Telegraph has included in its list of 17 best hidden islands in the Mediterranean in 2017. However, this list of acknowledgments we receive from foreign media does not stop. We work hard with the Croatian Tourist Board and the Split County Tourist Board organizing study tours of foreign journalists and bloggers, and recently influencers, and each year we host 15 of them at Šolta, so there will certainly be even more of these promotions!

The Šolta cultural summer has more and more events each year which attracts curious visitors, but also raises the tourist offer. What are the plans for the upcoming season?

The Šolta Cultural Summer is a series of cultural, entertainment and sport events organized by TZ, co-financed by the Cultural and Information Center with the engagement of numerous Šolta’s associations and the Šolta Municipality, and this program covers over 80 events in the summer months. Certainly, the most famous is the "Pursuit of Mrduja", a traditional event based on the legend of the battle between Brač and Šolta about the predominance of the Mrduja island located at the Split Gate, which will happen this year on 27.07. Then there is also the traditional "Klapa Party in Donji Selo" this year, which will be hel for the 13th time, the performances of the Cultural and Artistic Society Šolta, music concerts of ŠGZ Olinta, which is also the oldest association on the island, the Sulet Amateur Theater, concerts and performances of all 8 resorts on the island.

We are looking forward to organizing this year's 3rd Amateur Chess Tournament "Šolta Open", which is in June, when the capacities on the island are not fully completed, brings 120 competitors, or about 300 guests staying on the island for 8 days. We also organize the Aquathlon race in Maslinica in September as one of the ways of active vacation promotion on Solta! There is also a program for children's workshops, art exhibitions at the Brother House's Gallery in Grohota, we will host the performances and some of the more prominent names of the Croatian theatre, all of which will soon be fully presented in the cultural summer on our web site.

The development of nautical tourism also had a great role in the growth of Šolta. How did it grow and what's now included in your offer since most sailors think of Šolta as a must-visit destination?

Šolta, apart from its beauty and offer, for popularity among sailors can thank its geographic position because it is on the route of all the Mid Dalmatian boating trips on the Split Riviera where most charter and marinas are located. I absolutely agree that nautical tourism had a great impact on the development of the island, and its position can be supported by figures as well. Namely, last year, we had 20,000 guests with 186,000 overnight stays in accommodation facilities on the island and over 60,000 boaters who were staying at Stomorska and Rogač harbors and at the Marina in Maslinica.

The development of nautical tourism on the island over the years has had a positive impact primarily on the extension of the season, so Šolta no longer lives only in the heart of the season, but the tourist season starts off at the beginning of the nautical season by the end of March and lasts until the end of October. Nautical tourism has certainly played a role in opening a large number of catering establishments and in raising the overall gastronomic offer of Šolta.

Rogač lies on the northern part of the island of Šolta. Apart from the beautiful beaches, Rogač stands out as the main port on the island. What makes it different from other potential starting points on the island?

Rogač dates back to the ancient times and it was originally a port on the central site of the island, Grohota. Even today, Rogač is the main and only port on the island, the starting point of any excurison or exploration of the island. At the time of arrival and departure of ferries, especially in the summer, Rogač is full of guests and locals who rush to their destinations. Thanks to its beautiful nature, beaches, central position and excellent traffic connections, Rogač has become a destination for itself. It is ideal for a holiday if you want to explore the entire island during your vacation, yet in the immediate vicinity you have beautiful beaches with crystal clear sea, nature and silence.

The Šolta regatta is traditionally held at the end of the "season". How much maintenance of this important competition contributes to the "visibility" of Šolta?

The Šolta regatta is a traditional event organized by the Pelegrin Maritime-Sport Fishing Society from Stomorska, and this company is also worthy of the development of nautical tourism in Stomorska.

And for the end. All destinations are working on "extending" the tourist season. Can we expect to come to you as much as you, like the Tourist Board, are working on this rather important item?

The extension of the season is the task of all tourist workers in Croatia and all the people within the system of tourist boards, as well as all those who directly and indirectly deal with tourism. This is a very difficult task that we will not solve "overnight". Exceptional seasonality is a problem of Croatian tourism in general and almost every destination has the same problem. But there are still some shifts. As I mentioned earlier, the development of nautical tourism played a significant role in the extension of the season.

In the last few years, however, it is evident that the season is progressively prolonging, and this is the best indicator that we record the biggest increase in tourist traffic in the pre and post season. An active holiday, an increase in the number of luxurious accommodation facilities in the resorts, the organization of the aforementioned sport events in June and September, the development of rural tourism, nautical tourism and constant work on the education of the renters are a good basis for the extension of the season on Šolta.