As sailing is often closely related to gastronomy and enology, every decent yachtsman should mark Trstenik as one of the must-visit places on their way around the Croatian Adriatic. The reason for this is very simple – the place is known as “the port of wine”. Pelješac has always been famous for its wines, some of which have an international reputation. In recent years, the wine business has increased rapidly.

Trstenik is situated in the central part of the Pelješac Peninsula, on its southern coast. In the 19th century, Trstenik was an important transport point, and the economy of Pelješac was based on exporting wine and grapes. Trstenik gradually lost its trading importance, but it quickly turned into a tourist destination.

There is a breakwater, built by the Austro-Hungarians in 1903, that dominates the “wine port”. The port is pretty busy with cruisers during high season, but the remaining part of the waterfront and its surrounding area are suitable for mooring and anchoring. 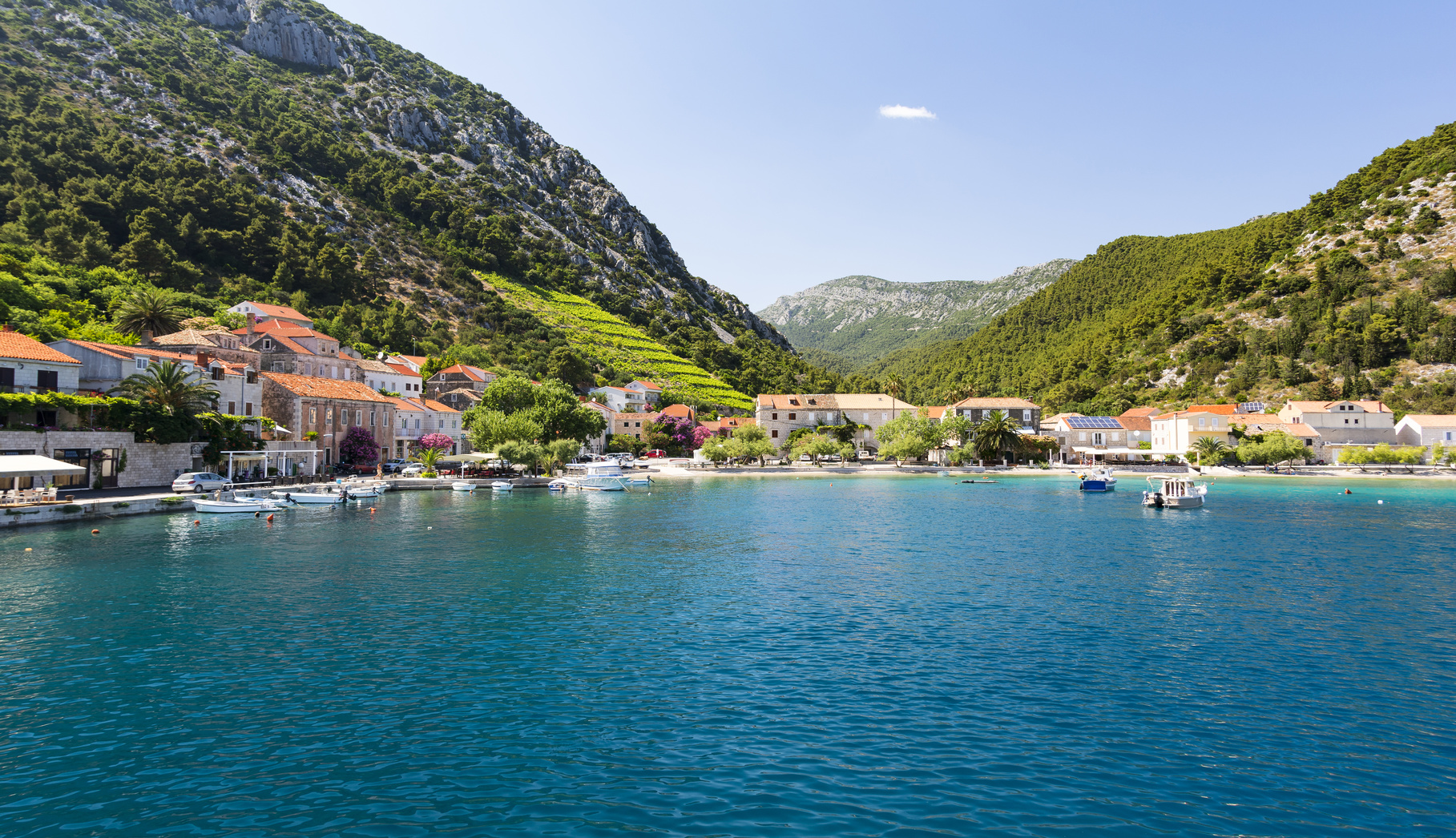 Yachtsmen who enjoy a good glass of wine are welcome to several wine cellars in Trstenik, among which Grgić is the most popular. The owner of this wine cellar earned his fame in California, where he produced the famous chardonnay that beat the finest Californian and French chardonnays at a competition in Paris in 1976. In Trstenik, only indigenous sorts of wine, none of which can disappoint a true wine lover, are offered.

Aside from wine cellars, there are three restaurants and two pizzerias in the village. The best combination of traditional food and indigenous local wine is offered by families Radovanović and Živkušić. They will also serve you a very unusual tidbit – a bread made of carob flour.

Apart from excellent food and wines, you may hear many interesting stories about the history and the development of this picturesque port from its residents. Another advantage of this place is the fact that the road connecting Trstenik with the rest of the peninsula is in a rather bad shape, which could be an extra argument to visit Pelješac by a yacht. After a visit to Trstenik, a trip around the rest of the interesting Pelješac Peninsula is more than recommended.