In Croatian, especially Dalmatian, tradition, celebrating St. Nicholas is an important custom. You could have already read about this on this blog. In this post, I will present you the celebration of St. Nicholas’ day in Komiža village on Vis island.

One might ask why Komiža? What’s so special about Komiža and St. Nicholas when there are so many other places that worship this saint as their patron? Well, that is not easy to answer. The first reason is totally personal – I like Komiža very much. I can feel some special vibe there and I always experience something new whenever I come there.

The second reason is rather obvious – the unique approach to celebration. To pay respects to their patron saint, the locals burn a boat. They do it in front of their parish church, named after the patron saint, but also called Muster (derivative of the Latin word for monastery). The ceremony is quite simple – a wooden boat is prepared the night before so it is ready to on the morning of the St. Nicholas’ day. A few kids guided by one youngster splash the sides of the boat with petrol, simply burn the torch and set the boat on fire.

Some time after burning, the procession starts from the church. It is again rather simple – four men, wearing dark suits and white gloves, carry the statue of the saint on their shoulders, followed by the priests and the choir singing songs dedicated to St. Nicholas. The crowd follows the statue that is being around the graveyard and back. After re-entering the church, the statue is blessed by the priest and lowered to the ground four times – in the four directions – north, east, south and west. The holy mass follows.

It was mentioned before that people of Komiža have lived off the sea for generations. They need boats for fishing so why would they burn the instrument of their survival? Anthropologically, this ritual might be explained as some sort of sacrifice, close to pre-Christian customs with elements of worshiping totems.

The other explanation is much more practical and common. All boat builders would tell you that wooden boats can practically last forever because it is possible to replace every single part of them and repair every damage. That’s true, but still, there is a point at which the owner gives up constant repairs and maintenance and leaves the boat behind, simply to die. Such rotten, old and almost dead boat is the one which is chosen to be ‘sacrificed’. These old boats symbolize all that is bad, useless, sick or troubled so it is to be burned in order to get rid of it and leave the space for all that is young, healthy and good. That is probably why kids and youngsters are the ones to set the old boat on fire. 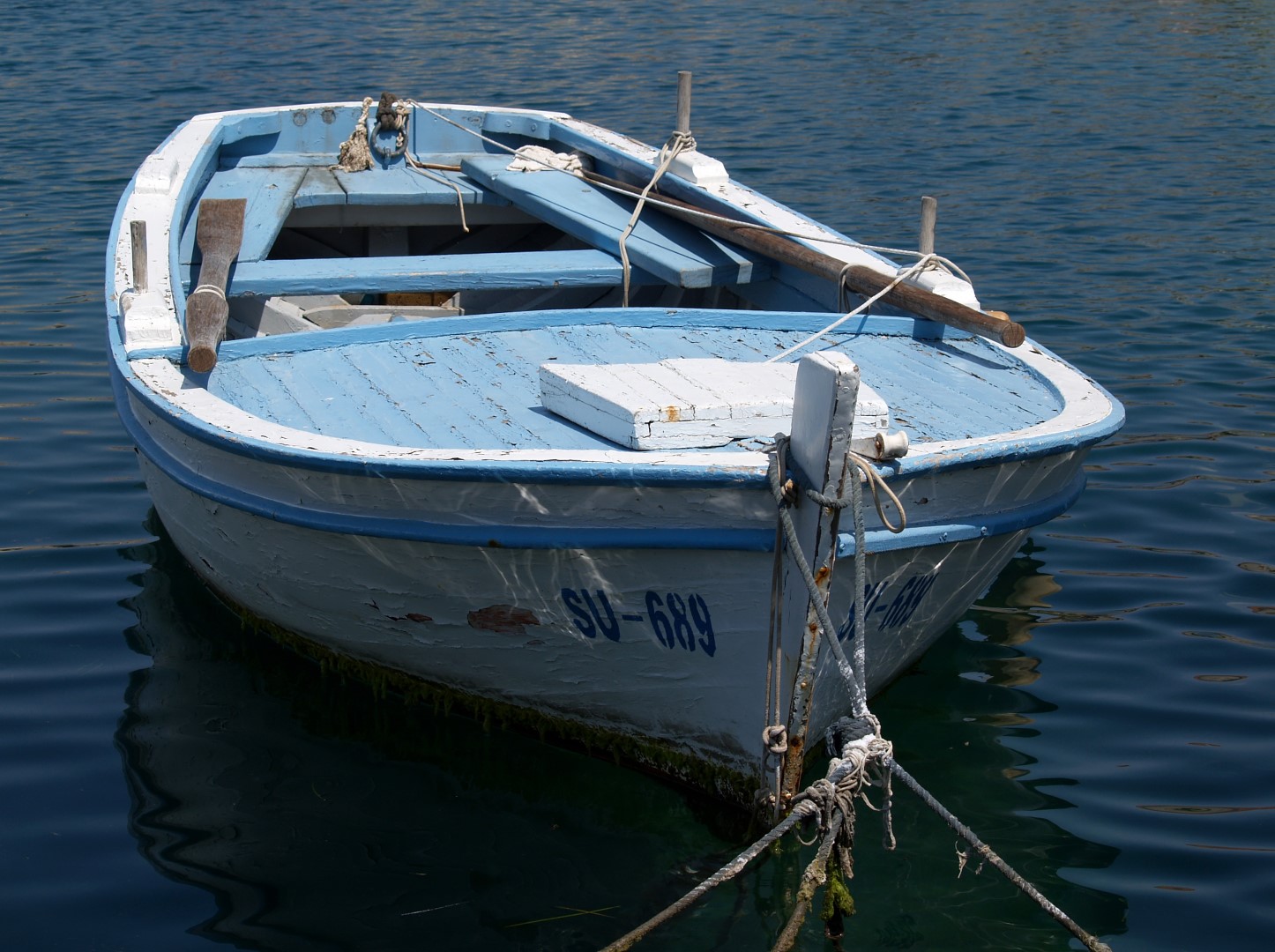 If you are more interested in such facts, especially the tradition of Komiža, you should meet Professor Joško Božanić. He is always happy to talk about Komiža, its traditions, its people and their bonds with the sea. He has founded the cultural institution called Ars Halieutica, with the goal to research every aspect of the Croatian maritime culture.

At the end of this huge post I have the impression that I haven’t said anything in particular, but only described a custom. It is a unique experience that it is so normal for locals and so mystical for their visitors, at least I cannot escape that feeling.

Some things in my mind came to their place when I exited the church and saw the view from it. Endless open sea is all you can see looking from the altar to the church’s gate. All the questions and answers are lying there, in the sea; that’s why local people do not talk much about what’s obvious.

1 thought on “Why Do They Burn the Boat?”