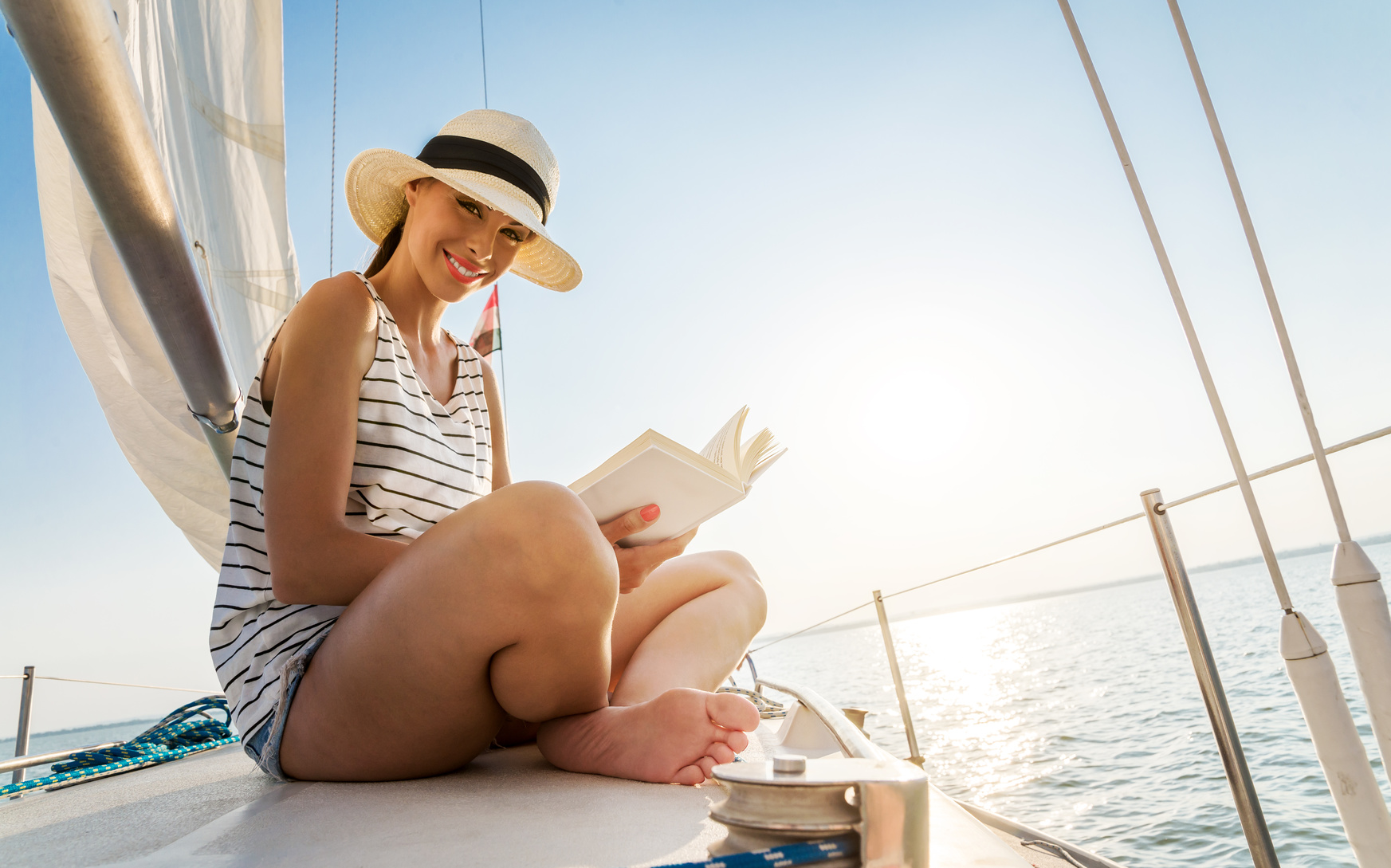 1. “Mutiny on the Bounty” by Charles Nordhoff and James Norman Hall The story on the most famous mutiny in the history of seamanship was published in various versions and each of them is equally interesting and thrilling. The book tells a story about a fearless captain Bligh and the mutiny aboard the British Royal Navy ship HMS Bounty on 28 April 1789. Captain Bligh was set afloat on a 23-foot open boat along with loyal sailors, equipped only with a quadrant and a pocket watch. In next 47 days he managed to sail 3,618 NM to Timor in the Dutch East Indies. The real reason of the mutiny is still disputable and discussed on multiple conferences by international experts throughout the following decades while everyone who intends to sail must know the story of Captain Bligh. 2. “Sailing Alone around the World” by Captain Joshua Slocum Captain Joshua Slocum is the first man to sail single-handedly around the world. This statement tells enough for itself so there is no explanation needed why this book is on this list. His last voyage took place in 1909 aboard his beloved “Spray”, when he was lost at sea, intending to explore the Orinoco River, Rio Negro and the Amazon. 3. “Three Ways to Capsize a Boat” by Chris Stewart Your knowledge about sailing probably would not be improved but you could definitely increase your appreciation of the many adventures you come across while sailing. The book tells the author’s memoirs of the events that happened after he agreed to captain his friend’s boat in the Mediterranean without any previous sailing experience. The author’s humor and hilarious situations will make you laugh; and make you ask yourself what kind of person one must be to take such actions as described in this book. Fortunately, the author survived all his journeys and told us the story in first person. 4. “Sailing: Catching the Drift of Why We Sail” edited by Patrick Goold This book consists of 15 essays on sailing. The editor is a philosophy professor while almost all of the authors of these essays are sailors. You should read this book if you are a reader, thinker or a sailor; in order to find out some thoughts about why we love sailing so much, why it involves a deal of danger, is it spiritual or aesthetic or transcendent experience, etc. This book will make you think introspectively and you would probably find some answers on the questions you did not have courage to ask yourself yet… 5. “Sail Away: How to Escape the Rat Race and Live the Dream” by Nicola Rodriguez You probably found yourself in the situation when you wanted to leave your current life behind, ‘sail away’ and start a new chapter of your life. However, your next thought was the list of reasons why you cannot do it – your family, job, mortgage… Nicola Rodriguez leads us through every phase of ‘sailing away’ making it real - from the things in your head that have to be settled; through the preliminary actions and preparations; to embarking and sailing along with the tips on the boat you should sail to the routs and itineraries. 6. “Wildtrack” by Bernard Cornwell The author very skillfully blends the sailing dimension with the traditional aspects of the thriller novel putting the narration in the mouth of a perfect sailor-hero. The main character literally just wants to sail away from his routine but finds himself in the thrilling situations involving intrigue, love, action, bad guys and good guys… This book refers to the typical reading for relaxed sailing trip, especially if you don’t like to be involved in the navigation and route planning too much. 7. “Circle of Bones” by Christine Kling This time the author leads us in the middle of the adventure of seeking for a submarine sunk in World War II. I recommend this book to all that like to ‘sail away’ in their thoughts and experience a modern version of a treasure hunt. Unlike almost all novels written on a similar pattern, the story is about the lady who leads us through the adventures. Our perfect sailor-hero is female, Maggie Riley, an ex-Marine, who sails her 40-footer into the Caribbean… 8. “Voyages of a Simple Sailor” by Roger D. Taylor It is a collection of three autobiographical narratives by the British sailor Roger Taylor. He tells us about almost five decades of his life at sea. He highlights his key voyages expressing his thoughts about traditional seamanship, independence, and self-reliance – ‘qualities that to many seem increasingly lost in today's high-tech, equipment-focused world of sailing.’ 9. “Love with a Chance of Drowning” by Torre DeRoche A girl that is afraid of water and has never sailed finds herself aboard a small sailing boat along with a guy that follows his dreams. Apparently, the love occurred when those two met and how this all happened and ended is written in this adorable true story. Since the narrator has no previous sailing experience this book brings us totally different perspective of sailing, unlike the books written by the ‘old sea lions’. 10. “Bridget Jones: Mad About the Boy” by Helen Fielding This book is on this list for a simple reason – it is and international bestseller and has absolutely nothing to do with sailing! I wish you a calm sea, a fine wind and a strong mast!
books