What is the most extraordinary story about survival at sea you’ve ever heard? It might be this one!

I believe that there is no decent sailor who hasn’t asked themselves ‘what if?’. What if the mast collapses? If I lose the keel? What if my boat capsizes? What if I drift… All those questions are always present in the heads of all of us who sail. But we are not willing to talk very much about it, mostly because such subjects are more or less horrifying! Especially when it comes to the offshore sailing… It might be because people think that, if they talk about bad things, they become more likely to happen. Who knows?

Safety on board is a very important part of every sailing course,  but survival at sea makes a minor part of it. Many times, it is only mentioned between the lines. Talking with wise sailors and browsing the literature I found out that survival at sea is an area of navigation where there are no strict rules and procedures. OK, there are some basic advices on what to do when the worst happens. But there is no strict checklist of what to do exactly. I suppose this is because accidents at sea are rather sporadic and different seas require different procedures, so there is no pattern we could follow.

I also found that testimonies of survivors are the most reliable source of information on how to survive in such a hostile environment the open seas are. The film and publishing industries earned enormous amounts of money thanks to thrilling stories about this subject. Many of these stories are based on true events. The survivors and experienced seafarers are often expert advisors to the authors of such works.

Reading numerous articles on survival at sea I tried to find out what techniques or procedures were the most successful. But I concluded that strong determination to stay alive would be the only thing common to all cases I managed to find. If one is strongly determined to stay alive, one would find out how to keep himself alive one way or another.

One of such characters is Steve Callahan. He survived 76 days adrift on the Atlantic Ocean in a life raft in 1982. Callahan took part in the Mini Transat 6.50 single-handed sailing race across the Atlantic ocean. He tried to do it with the self-designed sloop Napoleon Solo. The bad weather sunk several boats from the race fleet. So he had to give up the race and repair his boat in Spain.

Afterwards he continued his journey towards the Canary Islands, aiming to cross the Atlantic and make it to Antigua. Unfortunately, his boat got badly damaged. After a severe gale so he had to abandon his boat and find the rescue aboard an inflatable life raft. Before Napoleon Solo sunk completely, Callahan managed to dive several times and retrieve some items which helped him survive. After 76 days of struggle he was rescued by fishermen just offshore the island of Marie Galante. Just south east of Guadeloupe. He was taken to the local hospital where he spent one afternoon. After that he continued his recovery on the island and later hitchhiked home with boats.

His story was told in numerous articles in the sailing press, as well as in several TV-shows on survival. Finally, he wrote the book “Adrift: 76 Days Lost at Sea” in 1986. It stayed on the New York Times best seller list for more than 36 weeks. The book was re-published by several publishers and is available online as a hardcover and an e-book. Callahan nowadays continues his career as an offshore sailor, naval architect, author, editor and associate to sailing magazines. It is important to note that among the items Callahan managed to retrieve from the damaged Napoleon Solo was a copy of “Sea Survival”, a survival manual written by Dougal Robertson who survived 38 days after his boat was sunk in 1971. 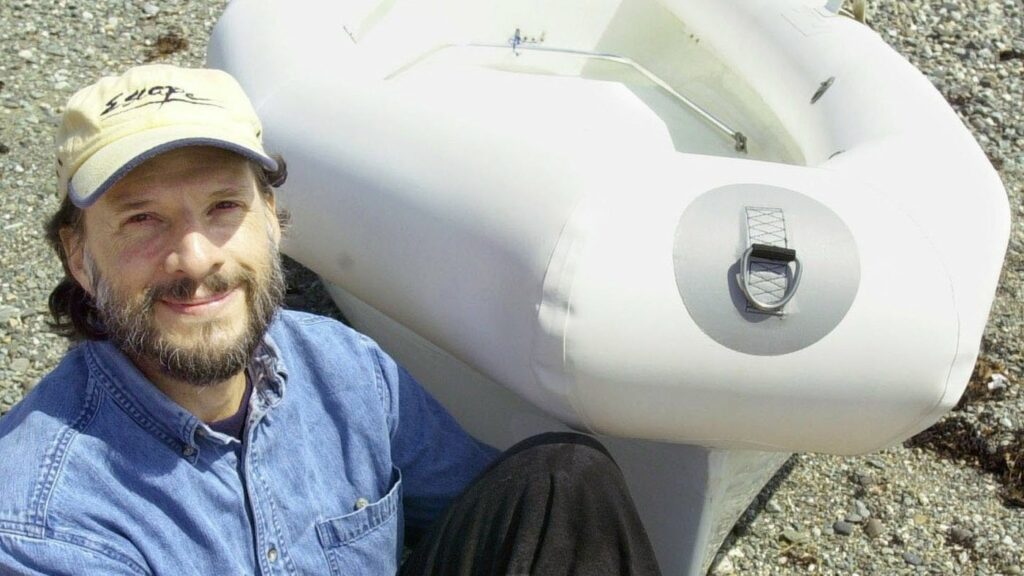 At the end of this post, I would like to share with you one of Callahan’s quotes, describing his soul and the ability to see nice things in the worst possible situations. He described the night sky over the ocean as “A view of heaven from a seat in hell.”