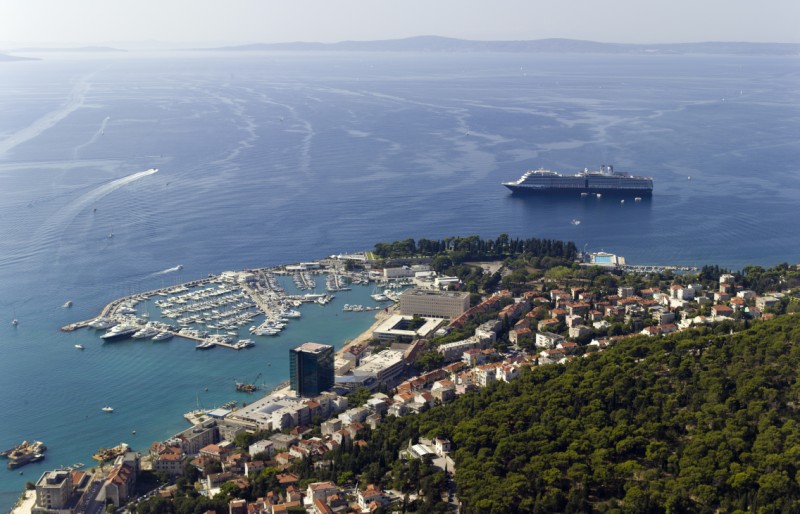 ACI Split is more than just a marina. Although it is part of Adriatic Croatia International Club it is sailors’ melting pot, a place of historical importance for Croatian sailing sport, an excellent spot to view ‘the most beautiful city in the world’ and many more. The marina is located at the north-western part of the town port and makes the western end of the most frequent and the most important part of the city – the waterfront, or as we call it the Riva. ACI Split is the home for some 350 yachts moored throughout the year along with some 30 dry berths. It is equipped to receive yachts up to 80 m of LOA. Although the marina was built in mid-eighties its renewed toilet and shower facilities offer enough comfort for transit visitors, while yacht owners benefit from well-organized yacht maintenance and services such as chandlery, rigging service, laundry, ATM, transfer and rent a car services, several restaurants and bars as well as some of the best charter companies in the area. [caption id="attachment_5566" align="alignnone" width="800"]

Photo Credit: ACI d.d.[/caption] In addition, for those who are sailing sport fans, it would be interesting to mention that ACI Split is neighboring two most important sailing clubs in Croatia. JK Labud and JK Mornar sailing clubs are not only eternal rivals and the oldest sailing clubs at the Adriatic (JK Labud was founded in 1923), but also the birthplace of many famous and legendary Olympic sailors… After enjoying a stunning view of Split historical core and its busy port, it would be a great idea to catch a table at the restaurant placed on a cliff above the marina, facing the open sea and surrounding islands. Just few steps are dividing you from a great view for nice and romantic dinner at the Adriatic Restaurant neighboring a park above the marina. Afterwards, you should take a walk to the city which view you enjoyed previously. After such an experience you might decide to stay a little longer than you planned… To find out more about Split and its surroundings, visit A Yacht Charter Split and enjoy the pearl of Dalmatia. I wish you a calm sea, a fine wind and a strong mast!
Adriatic Sea Croatia Dalmatia marina Split