If you still have doubts about where to spend the beginning of October this year, I’m sure they will all vanish when you read the event line-up of this year’s edition of Barcolana. For those who still do not know, Barcolana is the largest and the most visited sailing regatta in the Mediterranean.

It is traditionally taking place on the racecourse in front of Italian city Trieste since 1969. This year’s edition of Barcolana starts on October 4th with the start of Barcolana Young. This opening regatta will gather over 300 young helmsmen between 8 and 15 years of age, competing in Optimist class.

Barcolana Fun refers to the regatta on which 50 chosen kite-surfers and 50 windsurfers will compete off the Molo Audace between October 5th and 8th from 6 to 11 a.m. The best competitors will be awarded for highest jumps and tricks among kite-surfers and top speeds among windsurfers.

Barcolana Challenge, or the Regatta for the best will take place on October 10th. It is a monotype regatta for the winners of the previous edition of Barcolana. The goal of Barcolana Challenge is to confront the best last year’s teams, but this time in the same conditions for everyone – aboard 7.5 m long one design classic Este 24 boats. The event is going to be organized not far from the Rive, at the entrance of the Bacino San Giusto, with a grand finale by night. Ufo Night is the name of the night regatta which is going to take place on October 11th just a few meters away from the Molo Audace. This thrilling regatta is meant to raise the temperature up by tacking and jibing deep into the night aboard Ufo 28 boats. 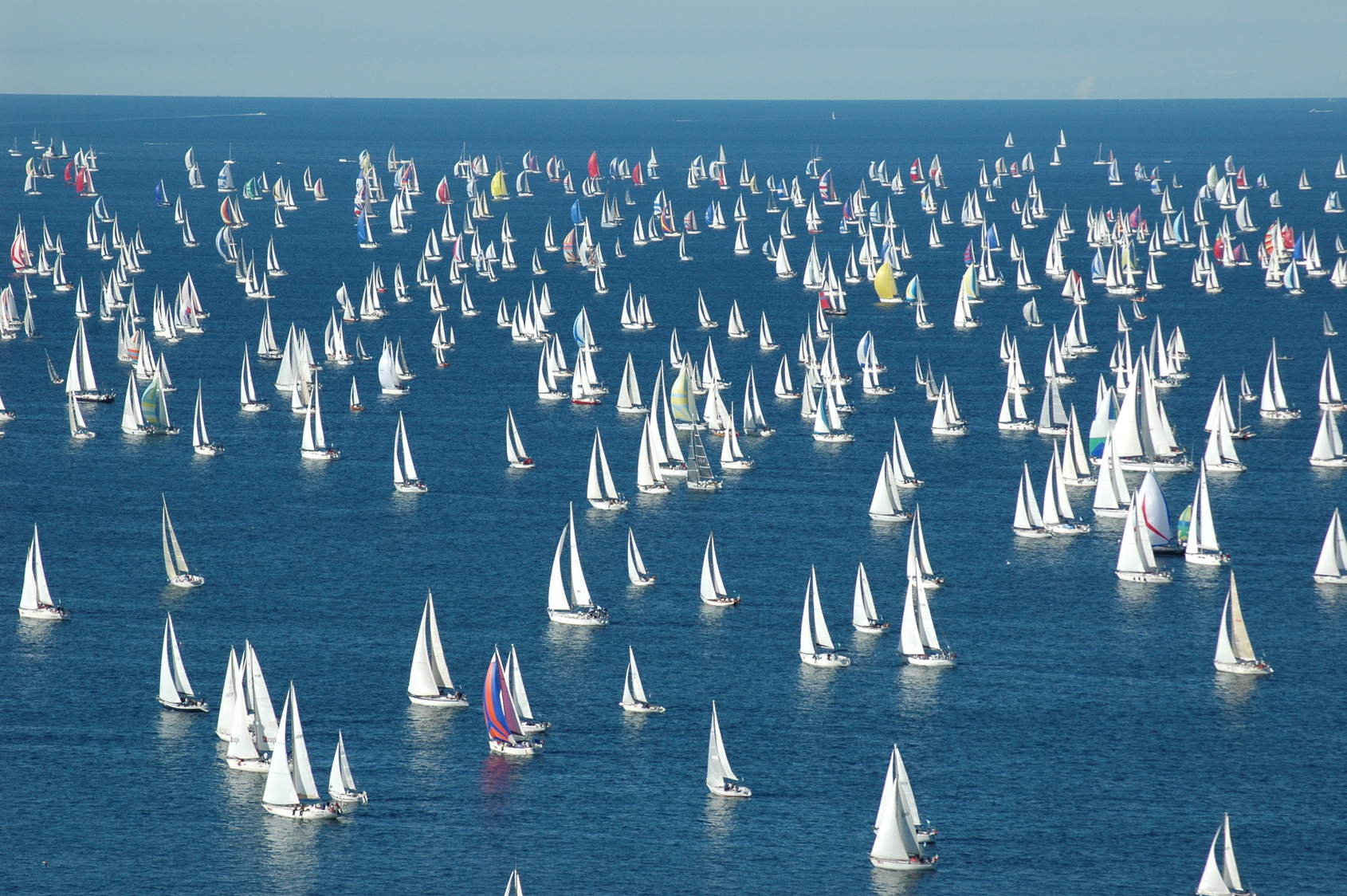 The central event is, of course, Barcolana itself – ‘a magical mixture of professional competition and a sailing festival’. This event takes place on October 12th at 10 a.m., gathering some 2000 boats on the start line. In order to honor ‘the ladies of the sea’, a Classic Barcolana will be organized. It is the regatta of vintage, classic and traditional vessels, starting with an impressive parade in the Bacino San Giusto on October 11th.

The special event that has not been seen in Trieste yet is Land Rover Extreme 40 regatta. Visitors of this year’s edition of Barcolana will be able to enjoy speeds and virtues of the world finest sailors. Their 40 feet catamarans will foil up and down the racecourse in Bacino San Giusto on October 9th to 11th morning and afternoon.

The events on land are listed on a pretty large list which includes art & culture, sport & energy, cooking, fashion, music, photography and much more. Do I have to add anything but – see you in Trieste in few days!

To find out more about Veneto sailing region in Italy, visit Cruise Italy Yachts and find out what to see and where to charter a yacht.