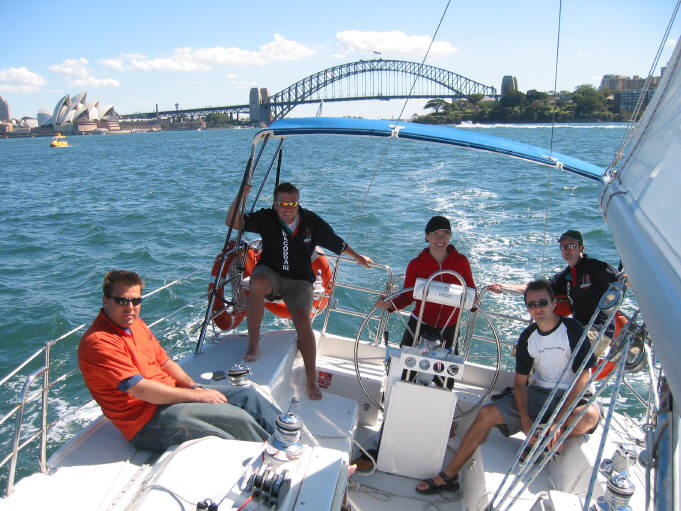 Yes, you have read the title right. This post is about a family who chartered a boat with a skipper. When they arrived to the charter base they were introduced to their skipper – a girl from Sweden. Firstly, the father of the family thought it was a bad joke… But it wasn’t, that was true. Charter company assigned a female skipper from Sweden to take care of them for the week. The reaction of the father of that family was very unpleasant in terms of the words he used to explain to the staff that he does not trust female skippers; that they are a menace aboard; they are not trustful, they are incompetent etc. The girl did not want to hear the end of his insults, so she just turned away and left the office. The insults continued for few more minutes because the hero of our story wanted his money back and to press charges on the charter company, still using rude expressions. The accident ended when the charter company staff asked a male skipper who was just about to leave the base because his skippering week was over and he wasn’t booked for the next one. He accepted the job even though he did not like neither the attitude nor the personality of our hero. He is just young and inexperienced, so he needed that week money-wise and experience-wise. At the end of the week, this young skipper described his time with this family like he was talking about his journey through the gates of hell… First of all, I thought that such chauvinistic and politically incorrect attitude belongs in ancient history and that being polite is a matter of common decency. Furthermore, although many people have prejudices and superstitions about women aboard; in most known cultures and civilizations boats and ships were mostly given female names. Women were those who used to crash the bottle of champagne during the event of the launching of a new boat or ship. Last but not least, the statues which used to be attached on the bows of traditional sailing ships have always been the statues of women; because seafarers believed that they would save them from rough seas and heavy weather… Secondly, all female skippers that I know, and who work in charter business are exceptionally reliable, careful, skillful and above all, great professionals. I can highly recommend every one of them for their care of details and especially their care for their customers’ well. I admit that I really do not know how I would react if I witnessed the situation described above; but I certainly know that such behavior and attitude should not be accepted at all. I am aware that not all skippers are well and that there are some of them who do not deserve to do such a job. I also know that some mistakes are done by the skippers sometimes – but they are also human beings; who, as such, make mistakes. Therefore, there should be some code of conduct which would describe acceptable behavior for both the skippers and the customers. What do you think about it? At the end of the day I began to think about some kind of a “black book of unwanted customers”, but I know it is far from the reality because “the customer is always right”… I wish you a calm sea, a fine wind and a strong mast!
skipper