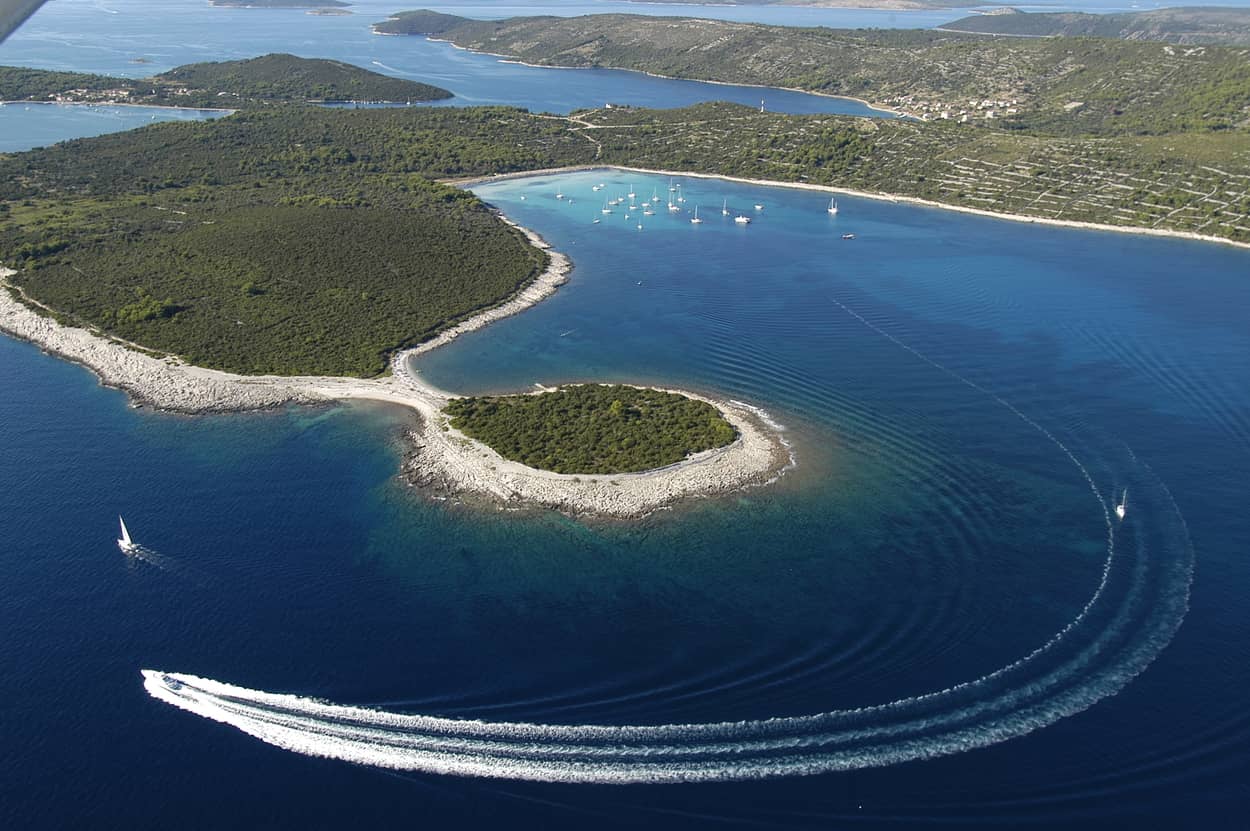 It is impossible to sail the Zadar archipelago without spending at least one night on Dugi otok (literally translated, “long island”). Among numerous bays, coves and villages on its eastern coast, there is one that represents a very safe shelter for yachtsmen. It is the village of Brbinj, located in the northern part of the island.

Brbinj is actually a small peninsula, connecting two deep bays on both of its sides, while a small ferry fort and a few houses have found their home at the foot of the peninsula. Both bays, the southern Brbinj bay and the northern Lučina bay, are equipped with buoys moored with solid concrete blocks, while the depth ranges between 3 and 8 meters. Lučina bay is additionally protected from the north by Utra islet. 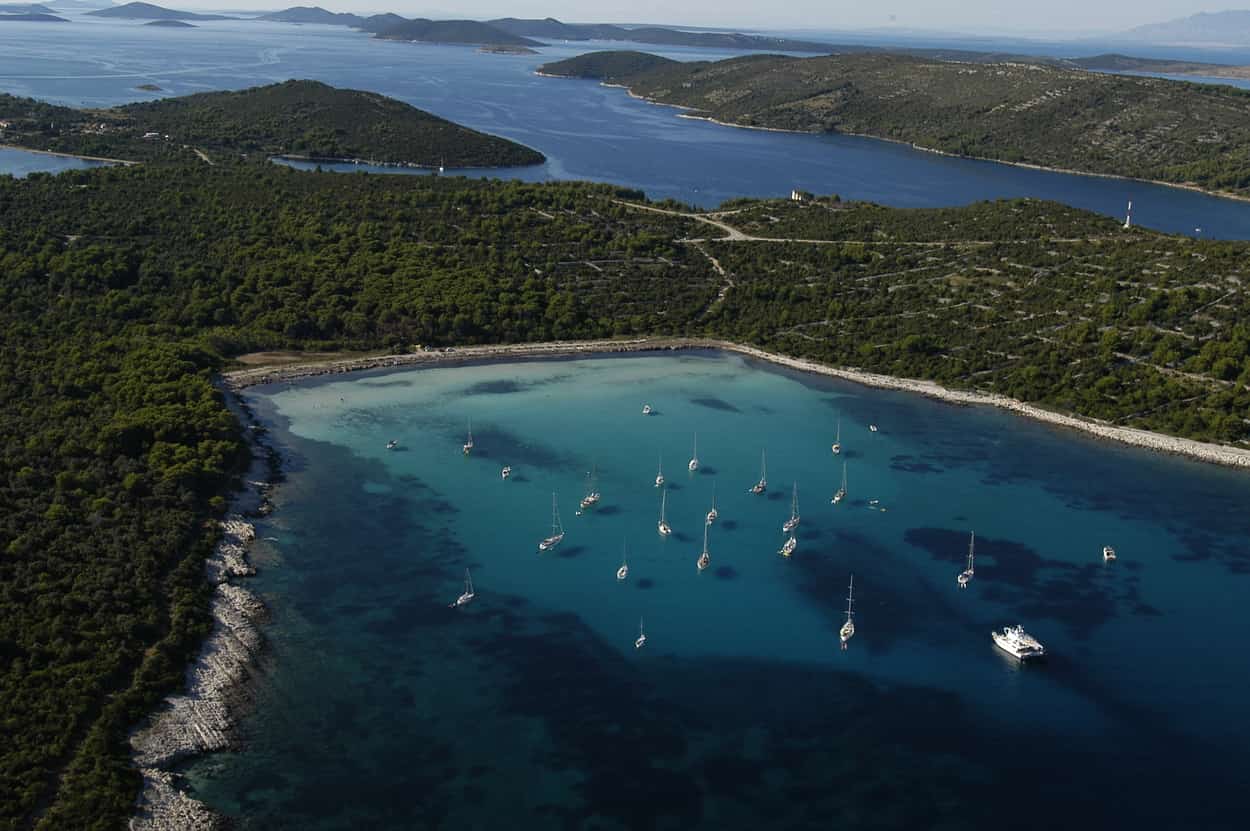 I have found shelter from bad weather twice so far here. The first time, I was chased by a storm from the west, and had no other option but to find protection on the eastern side of Dugi Otok. Brbinj bay was a perfect solution to my problems, and my happiness was even greater when I found solid buoys. After the storm passed, I decided to stay overnight because the bay is so beautiful and calm.

The second time, I was sailing downwind during a rather strong jugo (a southeastern wind), trying to find a shelter. Brbinj bay was an option once more, but I wanted to find a place which is more closed and protected from the southeast. I arrived to Lučina bay and realized why it is the most recommended anchorage in the area. This bay is protected not only from the southeast, but from all sides. There was a very polite and cheerful anchorage operator, who was very helpful in a game called “catching a buoy”. He also provided me with useful information about sailing in general.