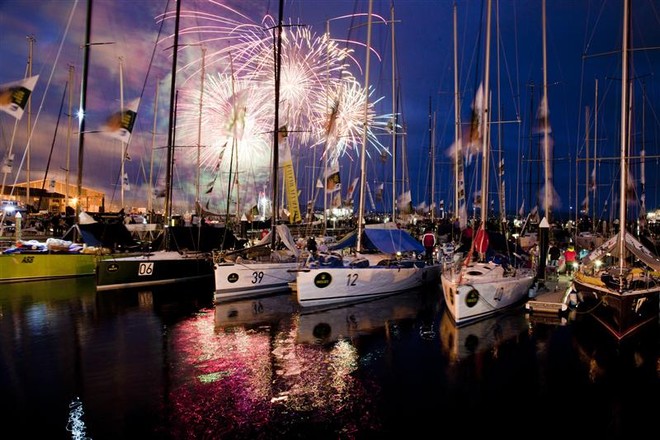 Jingle bells, Christmas trees, snowflakes and shopping madness all over the place reminds me that the year is at its end and Christmas time is just about to begin. However, I keep thinking about sailing regardless of the season and weather forecast… This combination of Christmas mood and my thoughts reminded me of one event that occurred a few years ago. Unsuccessfully, I tried to convince my friends that New Year’s Eve on a sailing yacht could be great fun. When I realized that my so called ‘sailing loving friends’ do not react to my propositions I accepted my destiny and gave some efforts to organize NYE on my own. Luckily, I did not cancel the reservation for a beautiful Beneteau 47.7 equipped with heating air conditioning system. My prayers were answered when I was contacted by an agent who could not find proper yacht to rent. I offered him the boat I had reserved under the condition that I have to be the skipper. Luckily again, his customers were also looking for a skipper since they are not confident enough to do the navigation on their own. My dreams about celebrating NYE on board were about to come true. I met my customers at the Zadar marina and started sailing in a good mood and with hope for good weather. As days are shorter in wintertime and the temperatures are rather low, my customers’ enthusiasm started to decrease rapidly. Ladies started to regret their decision to come on board, missing their Swarovski, Louboutin, Chanel and other best friends while their husbands tried to cheer them up and save the situation. In the afternoon of December 31st, at the beginning of twilight we sailed into deserted marina in Sali, island Dugi otok (Croatia). I also realized that the city looks pretty ‘dead’ and the weather is getting worse. All the restaurants and bars which are so full and alive during hot summer season were also closed and abandoned. Lacking the idea how to cheer up my crew and worm up the situation I made mulled wine. At first nobody was interesting in anything but nagging about cancelled NYE at a glamorous hotel in their hometown somewhere in upper Austria. When scents of cinnamon and cloves along with Dalmatian red wine spread through the saloon the Christmas holidays’ mood suddenly filled up the space and everybody accepted a cup of warm nectar (at first maybe just out of courtesy). Later on, the atmosphere was much better and warmer so we did not realize that marina filled up with other yachts and that famous Maritimo bar opened its doors to sailors. We joined the party still wearing our sailing suits and welcomed midnight at the bar terrace dancing and singing with our new fellow sailors. Next day dawned bright and shiny so it was a great pleasure to sail back to our base. I have learned from this occasion that the best sailors’ parties are always organized at Maritimo’s regardless of the season while my customers decided to leave fanciness behind and organize their next NYE on board. I wish you a calm sea, a fine wind and a strong mast!
Adriatic Sea Croatia Dalmatia Dugi otok