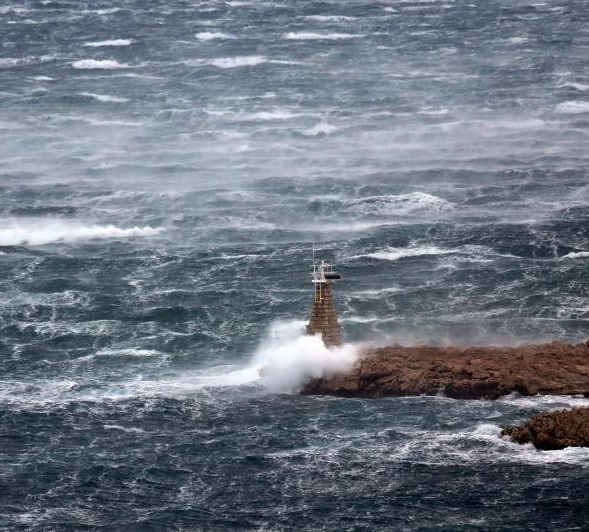 The question about the end of winter interests not only sailors and people who live by the sea, but everyone else as well. At school, we have all learned that winter ends on March 21, officially the first day of spring. Climatologists use special calculations with which they determine the end of winter. On the other hand, people like sailors, fishermen, farmers and cattlemen have learned to predict the weather in their own way, relying on various phenomena occurring in nature. Those who live on the coast and the islands of the Croatian Adriatic say that winter ends after three appearances of bura in March. Bura is a severe northeasterly wind that blows in gusts from the steep slopes of the mountain range that spreads alongside the Adriatic coast. It usually brings fine weather, but is strong, dry and cold by its nature. Statistically, March is the windiest month of the year, and the three appearances of bura in March (known in the region as tri marčane bure) are the last occasion when winter shows its teeth. An old folk saying claims that true spring arrives after bura which blows on March 7, 17 and 27. Interestingly, scientists more or less agree with this belief. With this post being written on March 26, it seems that there is only one more bura to blow, and then spring can officially start on the Croatian coast. I wish you a calm sea, a fine wind and a strong mast!Another sign that spring has arrived is the appearance of wild asparagus. This plant is very popular in coastal areas, especially in combination with eggs for breakfast. I am always impatiently waiting for it. I will share advice on how to enjoy this incredibly healthy and delicious plant in one of my next posts. Until then,
Adriatic Sea Croatia weather wind winter