An invitation to Khao Phing Kan would probably mean nothing to you, but if I promised to take you to James Bond Island, you would not hesitate a second. I really do recommend to you to see Khao Phing Kan, an island in Ohang Nga Bay, northeast of Phuket, Thailand. It is a part of Ao Phang Nga National Park and is definitely a place you cannot miss if you sail Phuket area. This place was relatively unknown and rarely visited until 1974, when a James Bond movie titled The Man with the Golden Gun was filmed there, making Roger Moore a superstar, and, in my opinion, the best interpreter of James Bond so far. His major opponent in the film was the assassin Francisco Scaramanga, whose mysterious hideout was set inside the rock-island Ko Tapu. In reality, Ko Tapu is a 20-meter tall islet situated some 40 meters from the shores of Khao Phing Kan. Film tricks have presented this tiny rock as the impenetrable fortress of the international assassin. After the release of the film, Khao Phing Kan has become one of the most visited islands in Phuket area, proving my theory that James Bond movies can be regarded as two-hour promotional clips. [caption id="attachment_5595" align="alignnone" width="1620"] 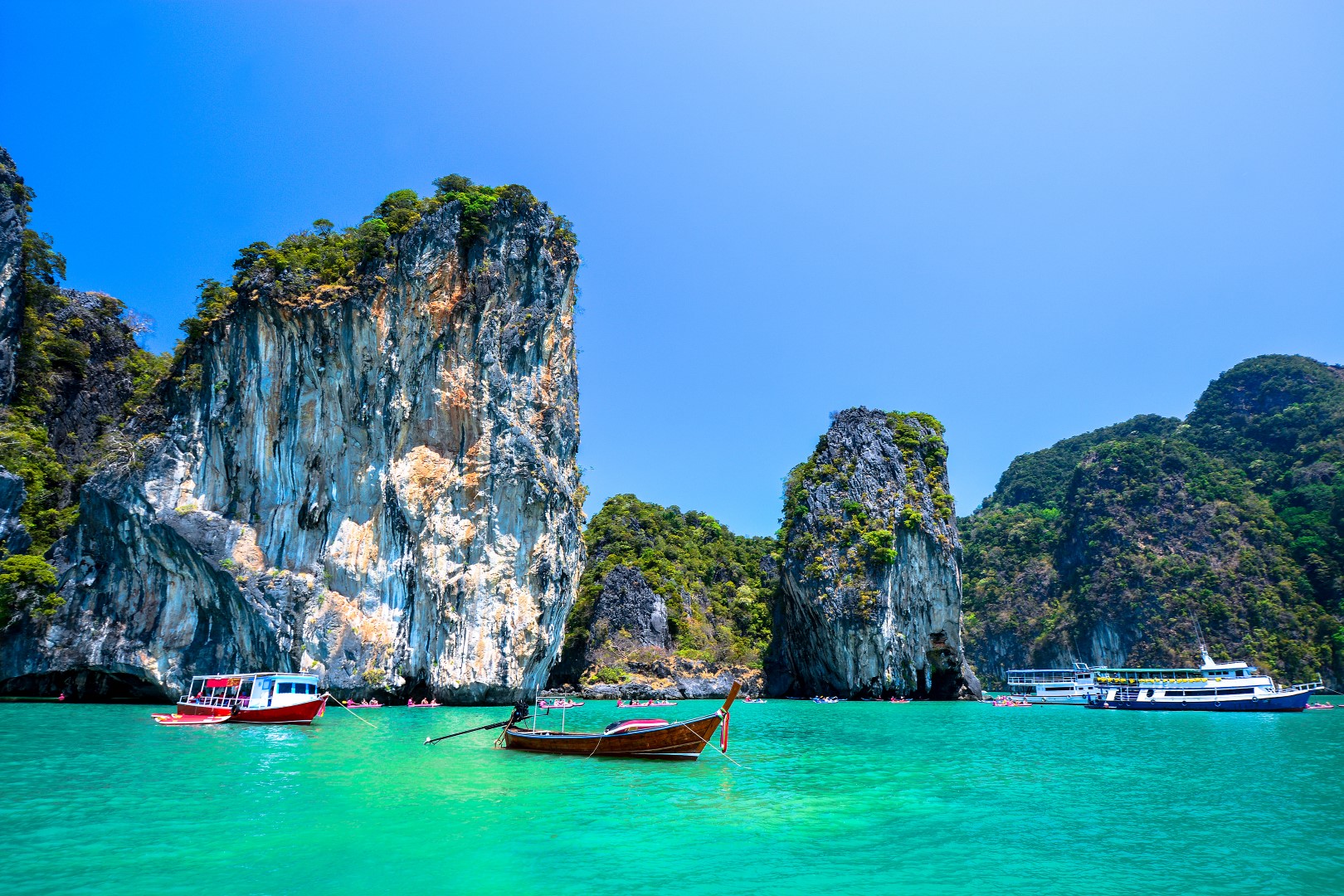 Phuket[/caption] The authorities established Ao Phang Nga Marine National Park back in 1981 in order to protect the entire area from litter and erosion, which can prove devastating because the islands consist of limestone karsts. Likewise, tourist boats are forbidden to approach Ko Tapu since 1998 in order to prevent further erosion and the eventual collapse of this beautiful islet. According to a local legend, there lived a fisherman who used to bring home very much fish every time he went to the sea. However, one day he realized that his fortune had abandoned him, and he was not able to catch anything but a single nail. He kept throwing the nail into the sea, but it was the only thing he could catch that day. After several attempts, he took his sword and cut the nail in half so furiously that one half of the nail sprung into the air and fell into the sea, creating the shape of Ko Tapu as it is today. Of course, geology has a different opinion about this legend, but scientific explanations are always the same, whereas legends tell of secrets unknown to people... Charter a yacht in Thailand and explore the magical Phuket area! I wish you a calm sea, a fine wind and a strong mast!
Thailand