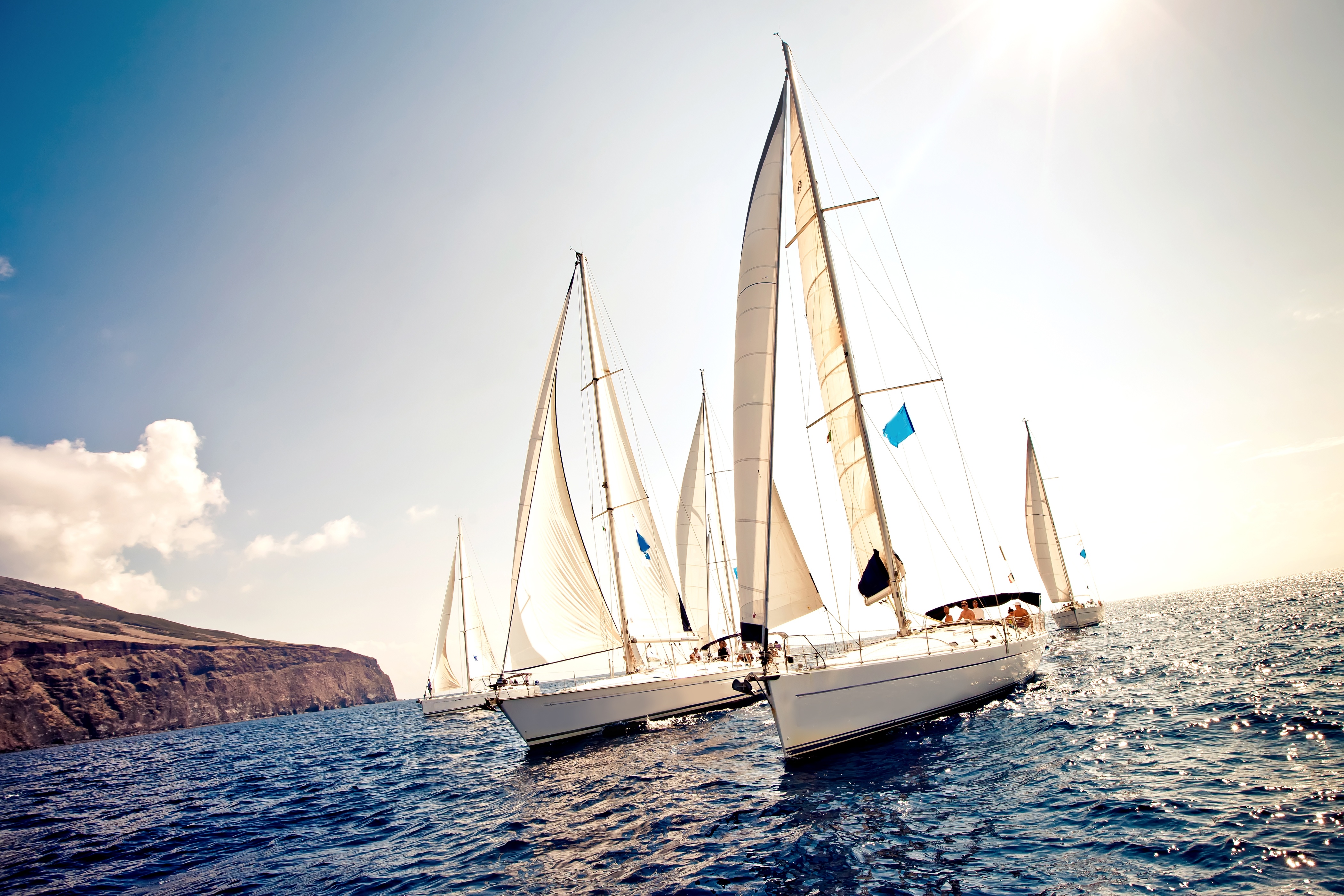 All those who have been at least once on the dock or a pier probably noticed a large number of different flags hanging from the flagpoles. Those nautical flags are not just there to show you from which country is the boat or just for a decoration purpose. Moreover, those nautical flags are an International Code of Signals whose main purpose is to provide different ways of communications in different nautical situations. Therefore, they can be used for communication between two sailboats or yachts to signal each other, or for a signalisation between boat and the shore.

Nautical flags were originally used for communications among comrades during military entanglements. What started as a limited communication system evolved over centuries into a comprehensive, internationally-recognized signaling system functional for military and non-military purposes. Recreational vessels also use nautical flags. Moreover, as well as code signal flags to identify themselves and to communicate with other ships. Sailing flags are an internationally-recognized means of communication from ship to ship while out at sea. Moreover, code signal flags can be used alone or in combination with one another to send messages while nautical boating flags share other information about a vessel such as where it is from and its purpose for being on the water.

Maritime flags were originally used in ancient military encounters where flags signaled other fleet members to take specific actions. Early signal flag communications were limited. Therefore, the primary use was to signal the need for a conference where more detailed instruction could then be provided.

Signal Book for Ships of War

Richard Earl Howe, First Lord of the Admiralty in 1783, contributed by revising the French system to include repeater pennants as well as control flags. These modifications led to the 1799 Signal Book for Ships of War. Additionaly, it broadcasted use of individual flag designs that were used by the Royal Navy through the Napoleonic Wars and War of 1912. The system expanded further. With Popham’s Telegraphic Signals or Marine Vocabulary to include 6,000 phrases and 60,000 words.

In 1797 the United States first numerical code system, Instructions, Signals, and Explanations Ordered for the United States Fleet, was published. The first commercial book of signals, Code of Signals for the Merchant Service, was published in 1817. The author is Captain Frederick Marryat of the Royal Navy. J.R. Parker’s American Signal Book for the Use of Vessels Employed in the United States Naval, Revenue, and Merchant Service was created for government use in non-tactical communications. Parker revised the signal book until 1856, as technological advances had rendered such a signal system obsolete. The British Board of Trade then began creating an improved code. It will later become the International Code of Signals.

The first International Code was made in 1855 and published in 1857. British Board of Trade was responsible for it and it contained 70,000 signals, 17,000 messages, and used 18 flags. Subsequent revisions were made to the Code during the International Radiotelegraph Conference of Madrid in 1932. Six more flags were added for different languages including French, Italian, German, Japanese, Norwegian, and Spanish.  In 1947, it was determined that the Inter-Governmental Maritime Consultative Organization (IMO) should have responsibility over the Code. In 1969, more flags were added to accommodate the Greek and Russian languages. Each alpha-numeric signal flag was assigned meaning under the International Code.

When are Nautical Flags Used and Who Uses Them

Every boat out at the sea uses nautical flags. Either if it is navy boat, a sailboat or fishing vessel, maritime flags are neccessity of every boat. Every signal flag has it's own unique meaning. But there are 3 different languages that sailing flags speak. And it differs depending if you're in a sailing reggata, if you're in the navy or something else. Moreover, the maritime flags used in all three langues are the same but in different context they can mean different things.

The point of using the flags is to clear up the communication path between sailors. That path can often be filled with language barriers or curtural differences that can lead to misscommunication. Signal flags signal your status, warning or need to a ship without a chance of misinterpretation.

People use nautical flags to express a status, warning or a need. Each flag does have it's own letter but it is rarely used for spelling. Every flag has it's unique meaning and those signals are ones most common out at sea. Therefore, use for spelling emerges in rare occasions. Also, if there's the language barrier, the spelling wouldn't be very useful.

The sailing beginners need to know that each flag in the group of different colored and shaped flags has a different meaning. Moreover, people use use nautical flags in combination with another flag or alone. In case of danger or breakdowns in communications systems, nautical flags and the knowledge of their meanings can be very helpful and valuable.

B: Bravo – I am taking in or carrying dangerous cargo.

D: Delta - I am maneuvering with difficulty; keep clear.

E: Echo – I am altering my course to starboard.

G: Golf – I require a pilot. When made by fishing vessels operating in close proximity on the fishing grounds it means: "I am hauling nets"

I: India – International code: I am altering course to port.
Navy code: Coming alongside.
Sailing Regatta: Round the Ends Starting Rule.

J: Juliet - I am on fire and have dangerous cargo; keep clear.

K: Kilo – I want to communicate with you.

M: Mike - International code:  My vessel is stopped and making no way through the water.
Sailing Regatta: Mark Missing.

P: Papa - In port: All personnel return to ship; the vessel is about to procede to sea.
At sea: Fishing vessels can use it: "My nets have come fast upon an obstruction".

T: Tango - International code: Keep clear; engaged in trawling.
Navy code: Do not pass ahead of me.

U: Uniform - You are running into danger.

Second Substitute - International code: Substitute for the second flag in this hoist.
Navy code: Absence of chief of staff.

Forth substitute - Navy code: Absence of civil or military official whose flag is flying on this ship.

Now when you know some facts about nautical flags, try this International Code of Signals Flags Quiz.

Can you guess what picture below says?