Situated approximately in the central part of the northeastern shore of the Croatian island of Šolta, Nečujam is the largest bay on the island. It spreads deep into the island and branches into six or seven smaller coves. The deepest one, called Piškera, still hides the remains of a private fishpond that once belonged to the famous Roman emperor Diocletian, who lived in his palace in Split some 1700 years ago. This cheerful bay and its beauty inspired some Croatian poets whose literary work belongs to the foundations of the Croatian medieval literature. Some remains of ancient Roman villae rusticae also prove that Nečujam was once extremely popular as the ultimate leisure site. 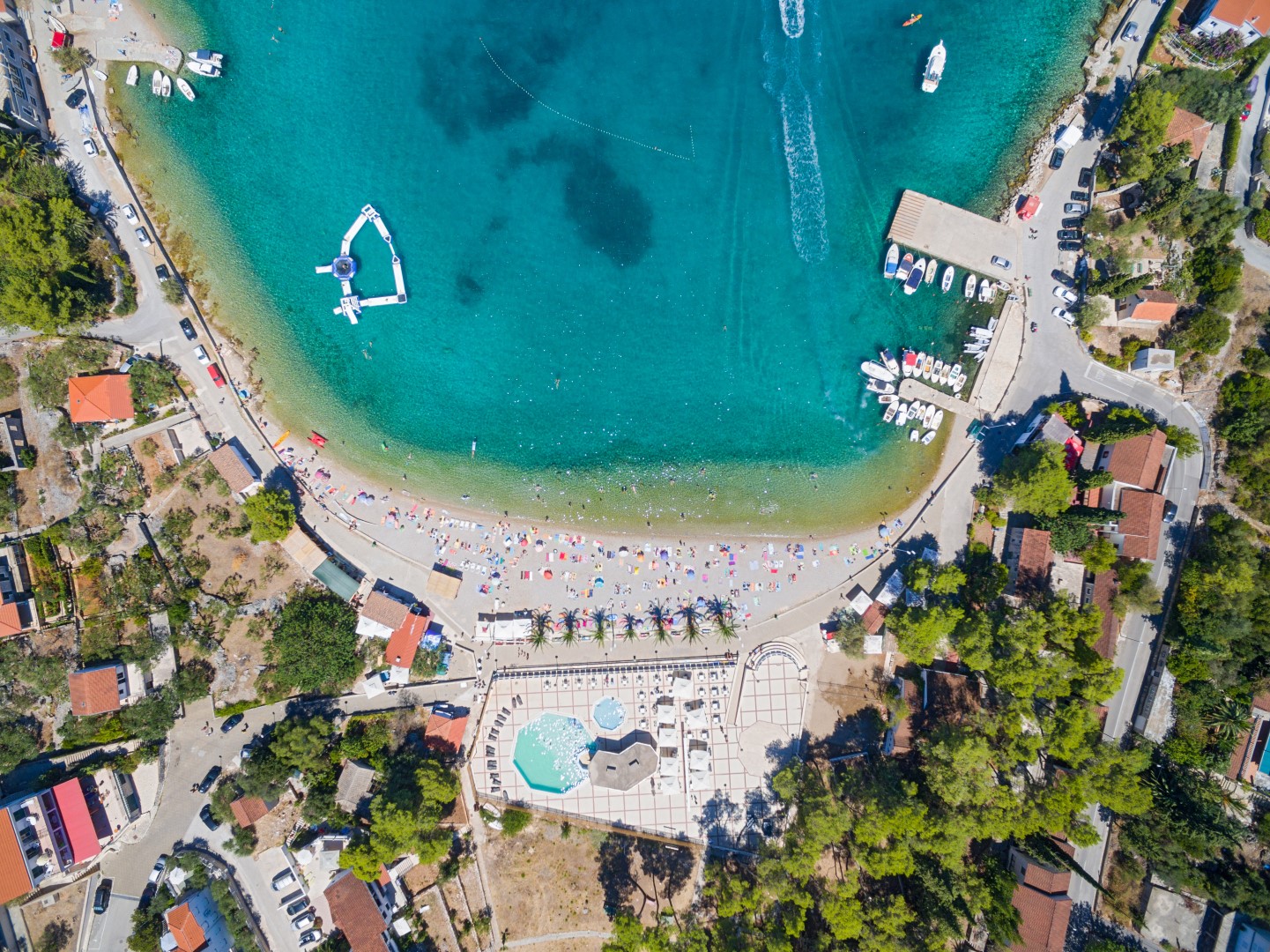 Today, this bay is just as attractive. It is home to more than 2,000 summer houses and accommodation facilities that belong to the contemporary “rulers” of Split. Since a summer house is not enough according to the standards of modern Split citizens, there has to be at least a rubber dingy or some stronger skiff attached to the house. Can you imagine such a fleet?

Nečujam is a very popular destination for numerous day-trip boats that stop here for a swim/lunch break, which means this beautiful bay gets very busy during high season and the one you would rather wish to avoid. So it is better to forget about docking at the wharf, whereas anchoring is possible if you come there on time. The seabed is mostly sandy, but there are some spots on the eastern side where you can find flat stone plates and rocks. The depths vary between 20 m in the middle of the bay and between 10 m and 3 m in the coves. In case you decide to spend some time there, it is recommended to drop the anchor and tie the stern ashore, around a pine tree or rock. Although Nečujam reaches rather deep into the land, it is open to northeastern winds. That is very important to have in mind if you decide to stay overnight. Despite the crowds in high season, Nečujam is a beautiful bay. If you want to experience some of the idyll that attracted ancient nobility, you can always visit it during much calmer low season!