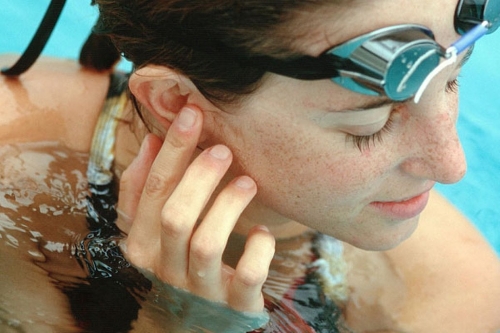 The following story is written by a former convinced hater of any pills, especially painkillers. He went against his beliefs and witnessed their efficiency. His attitude towards painkillers changed a few years ago when he was sailing aboard a fine sailing yacht, working in the charter business as a skipper. Everything seemed like a nice sailing holiday trip until one moment, when he felt a slight discomfort in his ear. At the beginning, the feeling was like a reaction to some seawater in the ear. “Ok, after a few hours everything will be fine after the ear dries out,” he thought for himself. However, the discomfort did not subside, but instead turned into a slight pain. Eventually, it increased and turned into a burning pain. The feeling was as though the ear grew to be the size of the elephant’s ear, while every single heart beat produced some kind of electric shock in the middle of the brain. Seconds lasted like hours, and the distance to the nearest island seemed indefinite. The pain became unbearable. The idea of taking a knife and cutting off the entire ear seemed like the only solution to the problem. Finally, the port of the island became visible so the light at the end of the tunnel seemed to be reachable. Luckily, there was one mooring left in the port so the final race to the doctors could begin. The old, cheerful and obviously experienced island doctor diagnosed classic otitis, so the healing was not supposed to be too difficult – antibiotic ear drops three times a day, antibiotic pills ever six hours for four days and no swimming. And what about the pain? Did it mean that it was going to bother the skipper for another four days? No way! That torture had to be stopped immediately. The cheerful doctor prescribed him the medications, while painkillers were available without prescription. That sounds perfect in theory… In reality, things were a bit different. The island’s ambulance was equipped with antibiotics only for island residents, while everyone else had to go to the next island, where there is a standard pharmacy. The agony lasted throughout the entire sleepless night. There was absolutely no point in trying different sleeping positions or some other trick to decrease the murderous pain. At the end of day two of the inferno, the green cross that signified the pharmacy seemed like the gate of paradise. The old and nervous pharmacist that usually looked like a witch from the fairy tales now looked like an angel. After consuming half a pack of painkillers, the skipper had to confess that painkillers were invented in heaven! The outcome of this Calvary is the fact that the skipper has not sailed out without a pack of painkillers ever since. Have this in mind when you prepare your luggage and equipment for your next cruise. I wish you a calm sea, a fine wind and a strong mast!
safety aboard