I was about to conclude the past charter season and head back home to Zagreb when I suddenly got invited to participate as a skipper on a flotilla trip. Beautiful, I said to myself, one more week at sea with 13 other skippers. What a nice way to conclude the season – all I need to do is to follow the lead skipper and enjoy sailing. The romantic image of the week full of good time with fellow skippers telling each other stories about the past season took a bit different shape after our first briefing.

First, I found out that the flotilla did not include idle tourists from the north, but a school whose students had a serious schedule every day. Second, I found out that I was scheduled to lead a group of students with special needs. That made me think a little bit. I must say that I spent one sleepless night trying to think of what to say and how to behave with my new crew. 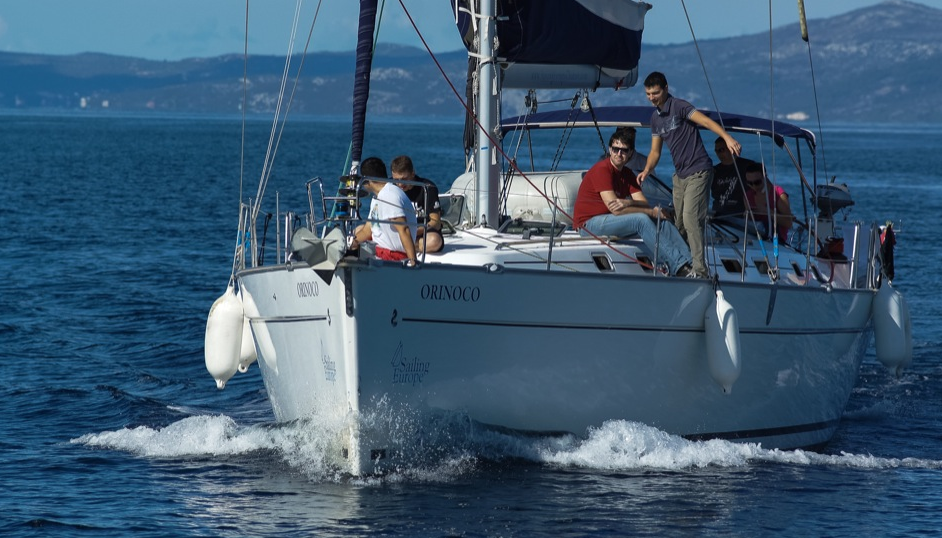 The next morning I appeared at the deck with a smile on my face, but deep inside I was very worried because I was not trained to work with people with special needs. I was afraid of saying or doing something wrong to either the students or to their tutors. I used a strategy called “one task at a time”, explaining slowly every single detail about living and behaving on board. In the middle of the explanation, I realized that this is a true test to me because I always considered myself a patient, tactical and structured skipper and instructor.

After talking about accommodation, we went through the deck equipment and the maneuver of taking off. Every single member of my crew followed my instructions with the greatest possible care, and, as we continued, everybody (including me) started to relax and let the tensions go.

During the lunch break I spoke with the tutors, asking them to teach me how to behave because I had no education to work with people with special needs. Surprisingly, they answered that they also had no formal education. “We are learning by doing” was the answer. At that moment, I realized that I had been a slave of my prejudice. The only thing that was required from me was to be me and to include every crew member into every segment of the sailing trip.

Soon after, I realized that everyone in my crew was so happy after accomplishing the task and that they never got bored by working on the deck, unlike some students without special needs who had problems with repeating the routine every day (read: the lazy ones). Every new day was better than the previous one and I must say that I had never enjoyed myself more since becoming a skipper. 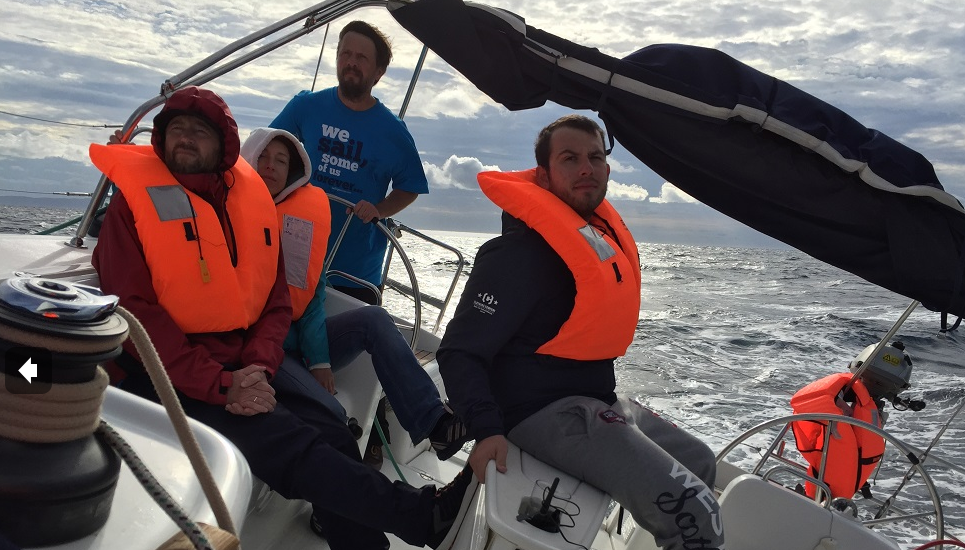 We literally hoisted the sails in the marina and never gave up sailing until we got to our destination, whether with almost no wind or under the strike of a rainstorm. On the last day of the trip we held a spontaneous race. We all started to sail at the same time with a slow breeze, but, as we gained some speed, I noticed that other skippers started to give louder commands. In a few minutes everybody got so excited that there was no way back. The finish was just before the breakwater, but there was no winner or loser. Everybody was just happy and smiling and feeling so well after a work well done. The feeling was indescribable…

The week I spent with my brave crew proved to me that, even after many years on board, there was still so much to learn. I learned a lot about myself and the boundaries in both my and our minds. Although I expected an easy week, I was exhausted because the working hours stretched over the whole day. I was so happy and proud by making new friendships, and the best reward were happy smiles on their faces after a successful completion of a task. Finally, I learned that being what you are is the international language that will always be appreciated.