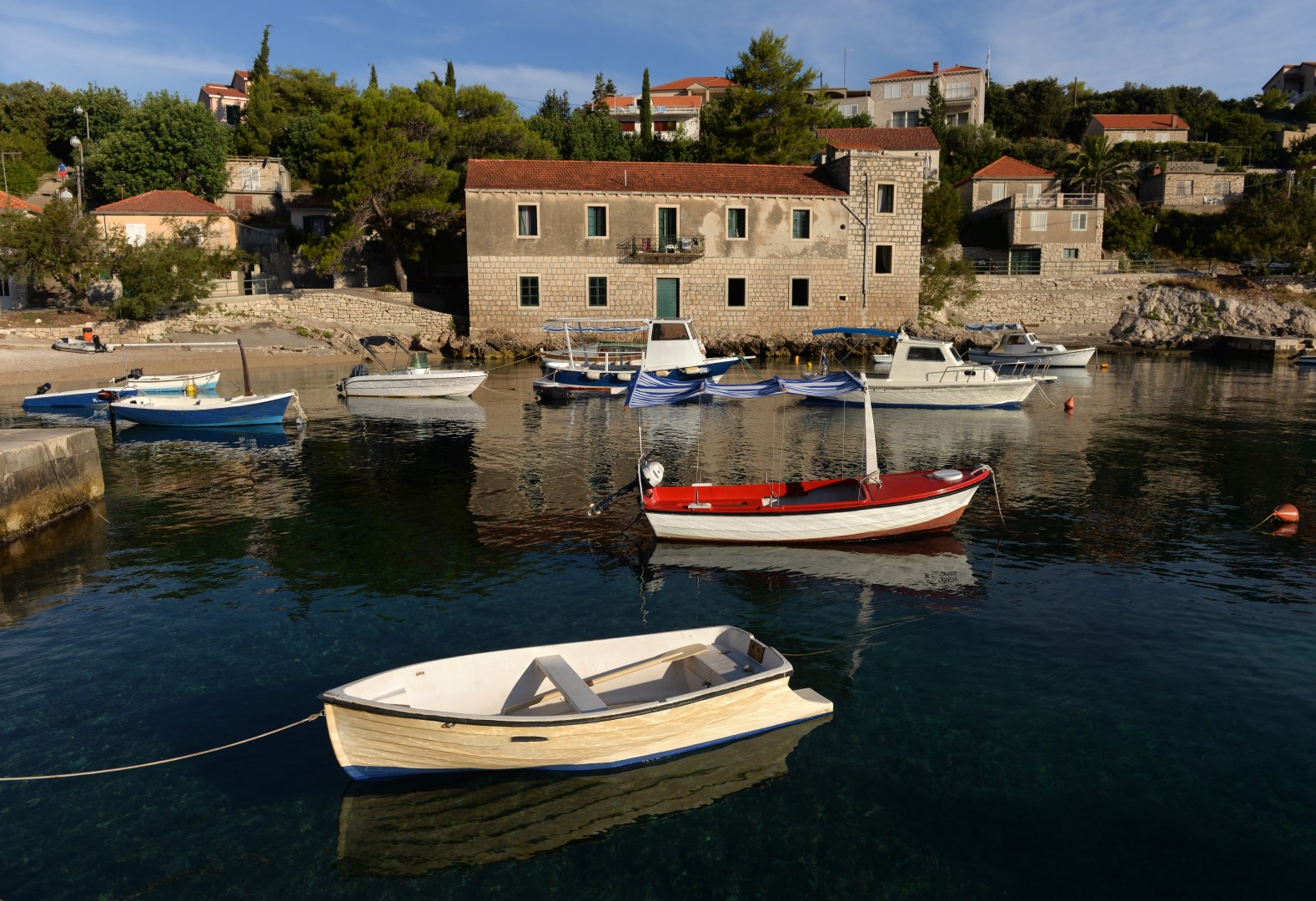 Located on the northwestern shores of Korčula island, Prigradica bay (Prigradica vala) has been inhabited since the earliest times. Throughout history, it played a very important role in the development of the island because it served as a port of export for famous and very appreciated wine and olive oil from Korčula. Many would say that Prigradica is the port of town Blato, one of the centers of Korčula’s economy. Austro-Hungarian rulers built a large and useful wavebreaker which still protects the port from severe winds and heavy seas. I will never forget how I ‘discovered’ this cheerful bay. I took off from the town of Hvar, but not early enough to reach Korčula town before the dark, while waves from east-southeast were becoming stronger and stronger. My lack of experience regarding forecast and distances on one hand and the lack of authority over my crew on another took its toll. One might forgive me because I was young and naïve. However, as the crew were getting merrier, stimulated by delicious Dalmatian red wine, my worries were getting bigger. Since there were neither GPS devices nor smartphone applications for navigation, I started to browse the nautical pilot book and paper charts. When I spotted Prigradica, the smile appeared on my face again. Not only did I see the solution to my problems but I remembered a girl I was in love with when I was younger. She would always mention Prigradica as the place where she spent the holidays with her parents. I never knew exactly where Prigradica was, but in some sense I hated it because it was the reason she would leave for the summer. This time, I fell in love with Prigradica at first sight. [caption id="attachment_5498" align="alignnone" width="1615"] 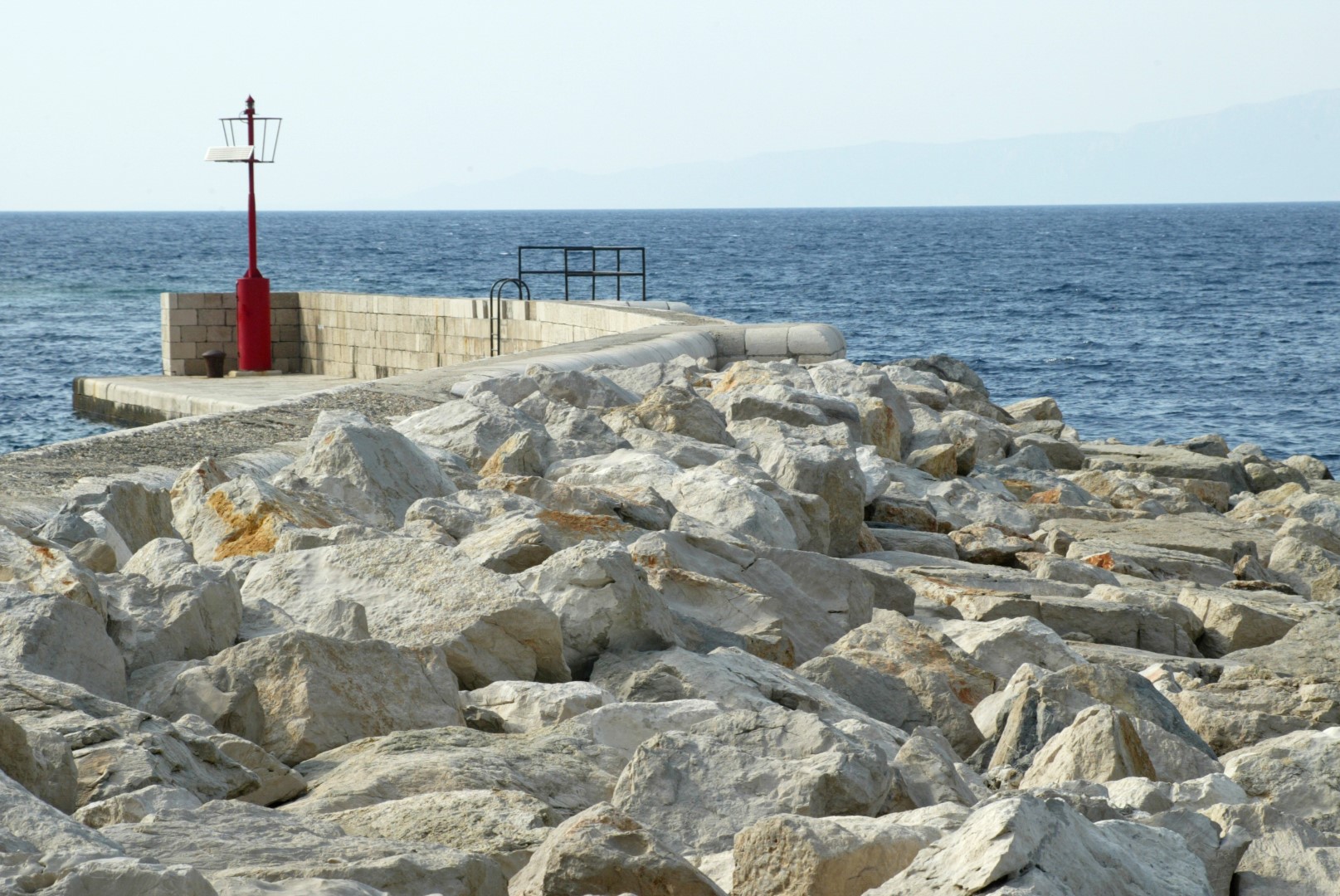 Prigradica[/caption] I found a calm port with a trustworthy breakwater, sufficient depth and a few lights on the shore, which were the proof that there is life in the village. While I was docking, a pleasant old gentleman who was fishing on the shore directed me to where to dock because there is a place on the dock reserved for the ferry which connects Split to Korčula and other islands. I also learned that docking is possible on the opposite side of the breakwater but not while north and northeastern winds blow. Next morning, I found a decent store in the village, as well as a few restaurants and bars. Throughout the years of sailing I have noticed that Prigradica is much more than just a stop-by for inexperienced sailors trying to reach Korčula town from Hvar. Visitors can spend interesting time here because there are beautiful pebbly and rocky beaches in the neighbourhood, while a visit to Blato, just 4 km away, is absolutely recommended. Researching the history of Korčula island, I have also learned that one very famous song, often performed by Dalmatian vocal groups called klape, actually originates from a true event. Due to a very bad economic situation caused by grape diseases, lots of Dalmatians had to migrate abroad to find a better life. Among them were citizens of Blato. The event, which happened in 1925, was so tragically experienced by the people of Blato that the memory of it remains today in the folk song. In only one day, around 1300 people embarked aboard steamships, took off from Prigradica and left for Brazil. I wish you a calm sea, a fine wind and a strong mast! [embed][/embed]
Adriatic Sea Croatia Croatian islands Korčula