“Did you kill your mom and dad?” That was the first question I got after I told my friend about some work I did a while back. I was very surprised when I heard that because I did not realize that this type of work was perceived in such a way.

Let me explain to you the whole situation.

A few months ago, I was asked by my friend to help him with some routine works on a boat, which included removing old primer paint and the anti-fouling cover from the bottom and the hull of the steel-made boat. In theory, this would mean spending a few hours with an angle grinder in your hands, suffering from a little bit of noise and dust. When I accepted the “invitation”, it turned out that the boat ashore looked much bigger than in the water. 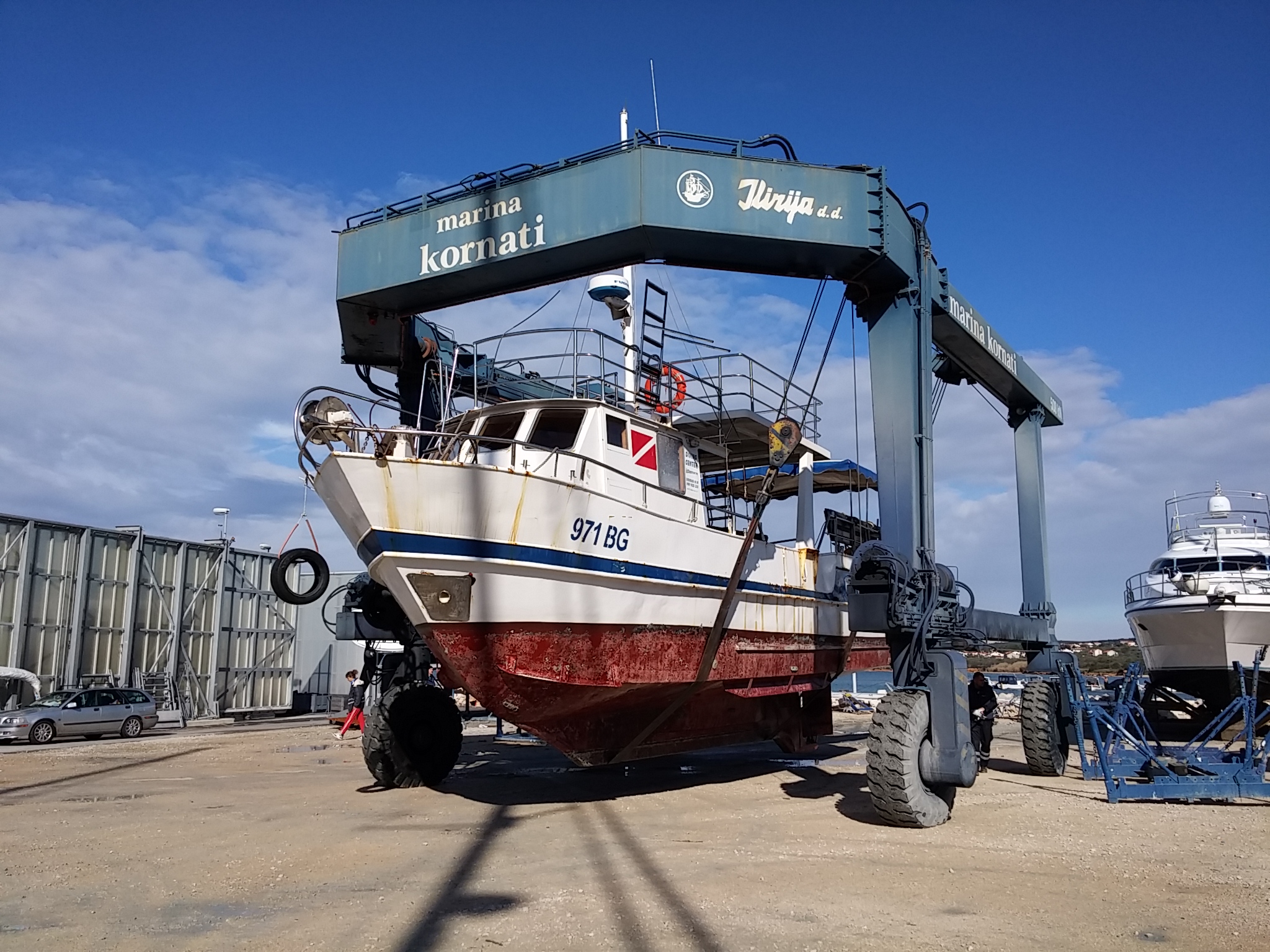 After I came to the shipyard wearing old clothes, I got protective glasses, a mask and a protective overall suit. I looked more like someone who is about to enter the core of a nuclear plant than someone who was there just to help a little bit around the boat.

Before we started using our tools, we were forced to cover the entire area around the boat with a nylon cover in order to prevent the dust being swept away by the wind. I had almost forgotten that in that busy period of the year all the boats were prepared for the next sailing season, so every shipyard was very busy. Other workers would be very angry if the dust from our boat ruined the efforts they had put into polishing and painting of other boats.

When I finally got my angle grinder I realized that all the protective items I was wearing were not even nearly enough to prevent the dust from getting into my eyes, ears and other parts of my body. The second thing I thought of was the noise – ear plugs would also be a good idea next time… 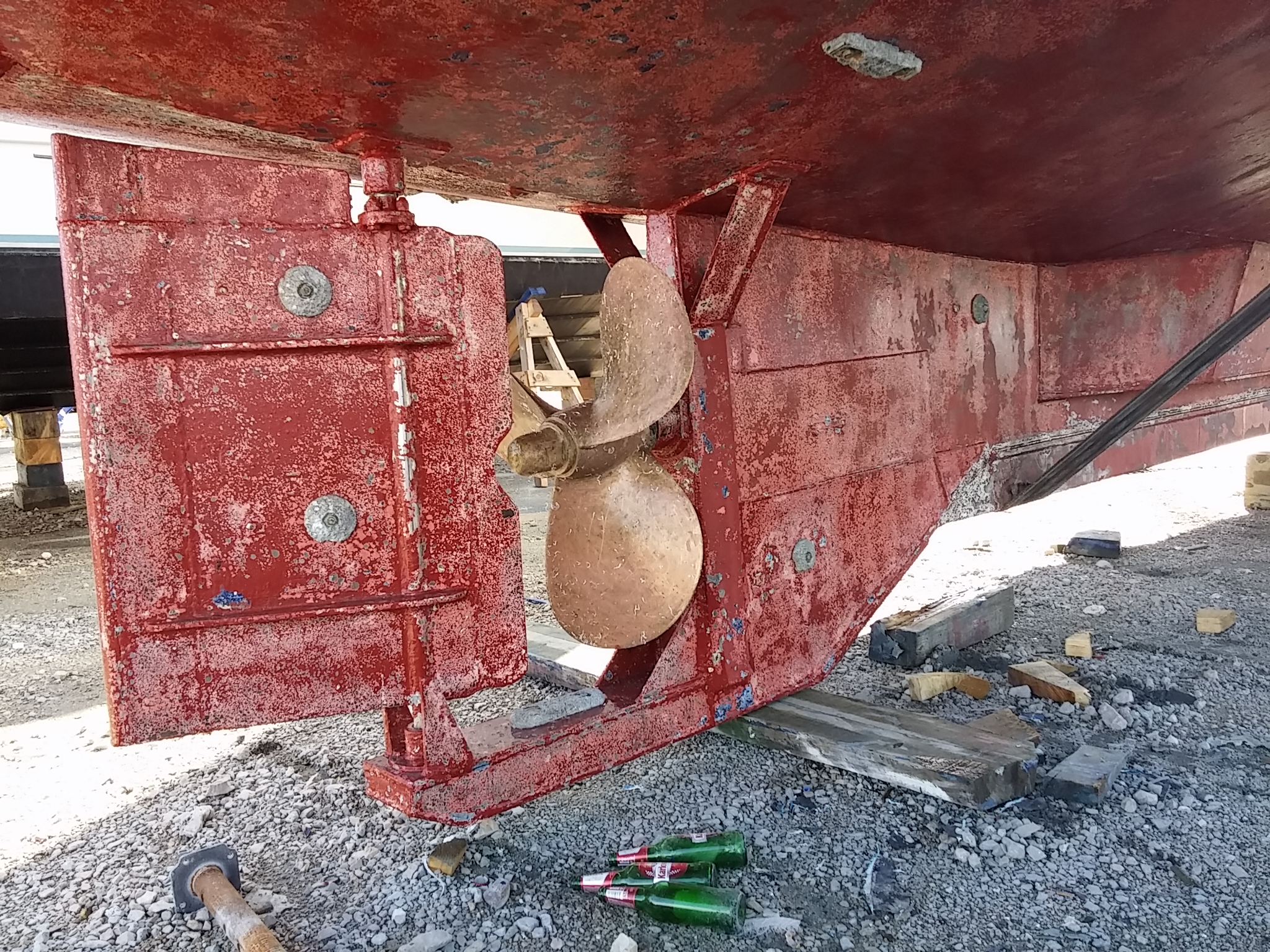 After some time of grinding, I was aware of every single muscle in my entire body. Later on I realized that the old layers of primer and anti-fouling went down much easier if you change the glass paper disk from time to time. If only I realized earlier that grinding is much easier if you plugged the grinder…

OK, the last one was joke but everything else is very very true.

At the end of those two very long days, my happiness was endless when I saw the work done. The boat looked like it had a face-lifting treatment. The following two days were physically much easier, but we kept looking at the sky, praying to Good Lord not to release his “tears” because rain was the last thing we wanted. 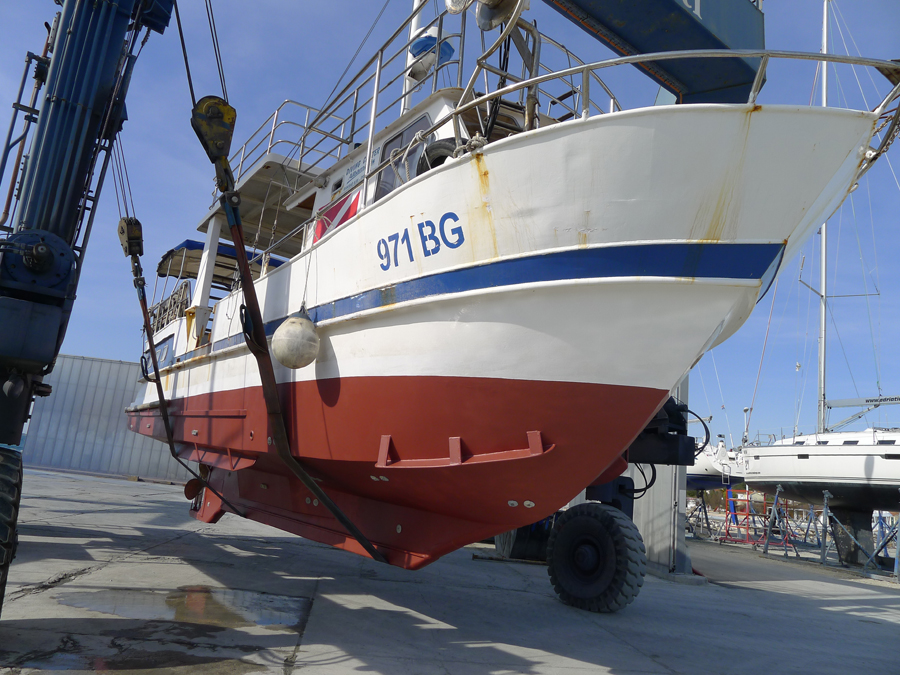 The happiness after the work was finished and the boat re-launched was unexplainable, but I am not the same person I used to be. My attitude towards shipyard workers has changed irretrievably. I did this job once and I would like to do it again. Shipyard workers do it every day for a living. That deserves respect and from now on I have zero tolerance for any joke about shipyard workers, so be careful. Only now do I understand the question from the beginning of the text – grinding steel boats feels like a sentence for some serious crimes….