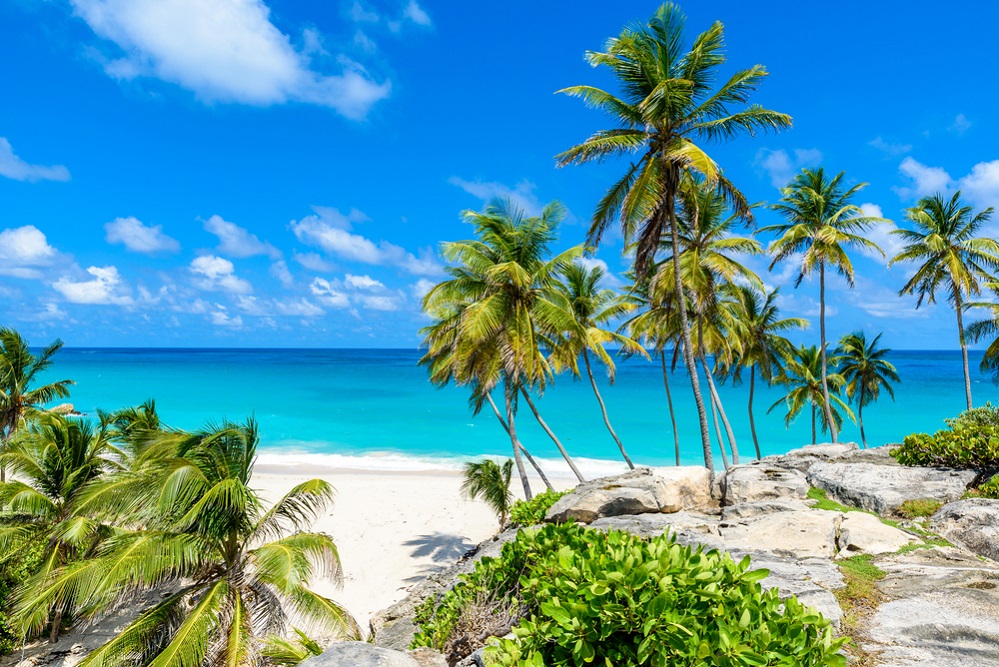 Statistics show that violent crime rarely touches the 28 million or so tourists who visit the Caribbean every year. And reports of violence are mainly confined to inner-city areas which see few tourists. Like many vacation destinations, petty street crime does occur. Furthermore, valuables left unattended at Caribbean beaches, in rental cars or in hotel rooms are vulnerable to theft.

What about the hurricanes?

You’d have to have had your head in the sand if you didn’t hear about recent hurricanes affecting the Caribbean. And it’s no secret that the region is prone to rain and storms – but that doesn’t make it unsafe to visit and should not spoil your Caribbean vacation.

Bad weather in the Caribbean is typically confined to hurricane season which lasts from June to November. But the risk of storms generally peaks in an even smaller window, roughly from August through October. Statistically speaking, even if you travel at this time of year, the odds are excellent that you’ll enjoy a hurricane-free vacation. But of course, it pays to take precautions and be aware that there are some risks.

Don’t want to chance it? Then consider booking your vacation outside of hurricane season. If you’re happy to travel during hurricane season then you’ll make excellent savings on flights and accommodation, compared with peak periods. Just make sure you get a comprehensive travel insurance policy to cover you if the weather prevents you from travelling. Also check out the hurricane forecast before travelling.

Which Caribbean island is the safest?

There is no „safest“ Caribbean island, but research shows that some destinations do have higher crime rates than others. So, which ones are the safest Caribbean islands to visit?

Nicknamed "The Emerald Isle of the Caribbean" both for its terrain and the heritage of its inhabitants, Montserrat is a British territory in the Leeward Islands and it is considered to be the safest island in the Caribbean, with its last recorded murder occurring in 2008.

St. Barts is short for Saint Barthélemy. This Francophone island is a French overseas collectivity. Known as a party place for the rich and famous, it is also dubbed safe due to its murder rate of zero.

The British Virgin Islands consists of Tortola, the largest and most inhabited island, Virgin Gorda, Anegada, Josh Van Dyke, and over 50 smaller islands and cays. The murder rate was last recorded at 2 per 100,000 back in 2006, making it a very safe destination for travelers.

Another British Overseas Territory is widely known as a financial haven for wealthy individuals. Therefore, the Cayman Islands are very safe for travelers. The murder rate is fairly low, and around the same as the United States.

This island is a part of the ABC islands and is a special municipality of the Netherlands. Unlike most Caribbean islands, Bonaire is located outside of Hurricane Alley and years go by without a single homicide on the island. However, in May 2017 two murders occurred within 24 hours, to the shock and horror of both travelers and locals alike.

A sovereign state in the Americas and British Commonwealth, Antigua and Barbuda is nicknamed the "Land of 365 Beaches" and maintains a​ very low crime rate.

This overseas region of France is located in the Lesser Antilles. While Martinique has the highest murder rate of the islands on this list, the rate was still low at just 17, recorded in 2009.

Considered one of the safest Caribbean islands for families, Barbados is an independent British Commonwealth nation. Each year this island welcomes around 1 million visitors. The tourism industry is a huge part of the island’s economy. Moreover, the locals are said to be some of the friendliest in the entire Caribbean.

Barbados is generally a safe place to travel but there are certain things to be aware of. It’s illegal to wear any kind of camouflaged clothing in Barbados, for example – and they take this rule very seriously.

Like many of its neighbouring islands, Anguilla has experienced a growth spurt over the past few decades as evidenced by the rise of swanky hotels and upscale villa resorts. While this British Overseas Territory relies on its luxury tourism (the rich and famous frequently travel to Anguilla), it hasn’t lost any of its laid-back charm and iconic Caribbean beaches. Crime rates in Anguilla are some of the lowest in the Caribbean, but you should take standard precautions nevertheless.

The Turks and Caicos

Some of the safest Caribbean islands for families due to their soft sandy beaches. What's more, the Turks and Caicos are surrounded by gentle seas and have warm year-round temperatures. The region’s rainfall level is low compared to some of its counterparts, and hurricanes are few and far between. This British Overseas Territory is comprised of 40 islands and cays – only a handful of which are inhabited by 30,000 local residents. This number is a stark contrast to the half a million tourists who arrive by plane each year.

The most dangerous Caribbean islands

On the basis of crime rates, some of the least safe Caribbean Islands to visit include Puerto Rico, Haiti, Trinidad and Tobago. As we noted though, most crime in the Caribbean is an internal problem and is linked to inner-city areas well away from tourist resorts. In short, if you’re heading out from your resort, make sure you do your research and stay away from bad neighbourhoods.

About the Author: Dominik Slivar