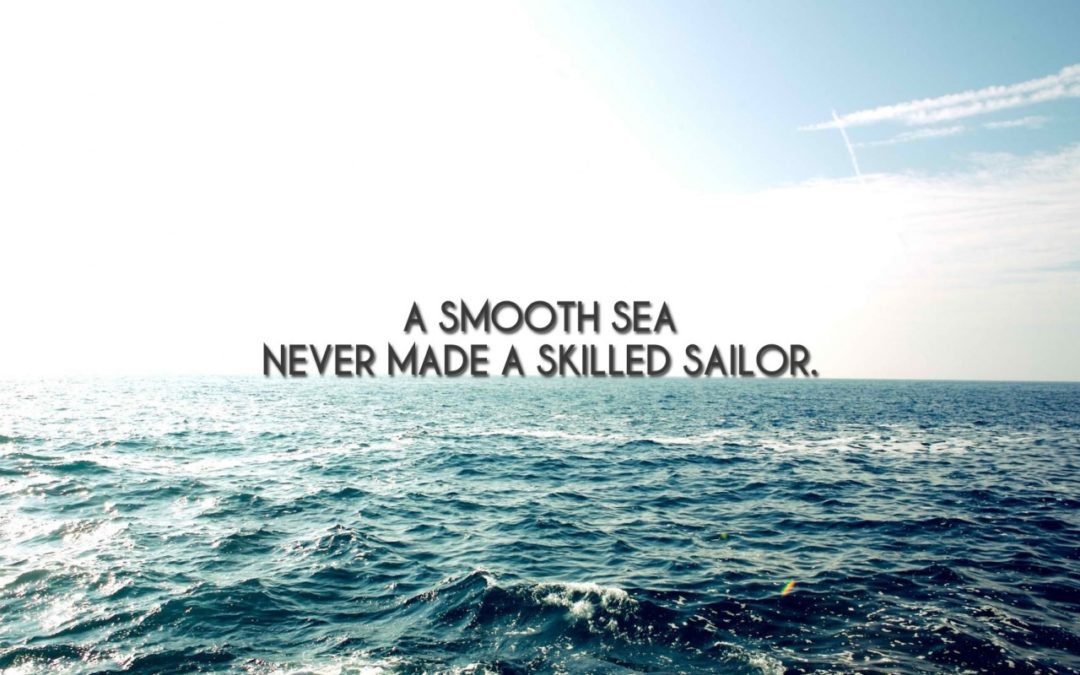 You must have heard of terms like: “Land Ho!” or “Aye Aye Captain!” But did you know they were actually sailing quotes? Embarking on your first sailing adventure will surely be a whole lot easier if you already know the sailing language that speaks directly to the heart of every sailor. This article is about to show you how to sound like a true sailor in any sailing situation.

What is the importance of sailing quotes?

The sea, the sun and the wind have always been the best remedies for all diseases, broken hearts and loneliness. If you have never experienced the healing power of a day spent at sea and on a sailing ship, do it as soon as possible. You are missing out big time! Breathing in the sea air and the wind, feeling the warmth of the sun on your skin and listening to the waves crashing the rocks are truly unique experiences. And do not even get me started on sailing. Although it may sound complicated, it will be easier with our sailing guide.

So, you have decided to dedicate your life to the sea and the wind. You have mastered the art of sailing and you have started spending more and more time on board. Then you will inevitably become a sailor who lives a life according to inspiring sailing quotes! Life on board can be tough, you can face all kinds of difficulties from bad weather or boat malfunction to boredom or feeling homesick. However, keep in mind that when you face and overcome those difficulties, this short dictionary will lift up your spirit. You might also want to share them with others as your Instagram or Facebook captions.

We have gathered here a list of famous sailing quotes and nautical terms that can help you survive the oh-so monotone days on a sailing ship. And those still dreaming about sailing can be inspired to get out of their comfort zone and embark on their first sailing adventure. As long as you are decisive and ready to work on realizing your dreams, the rest will come. While you are still just considering it, after reading our favourite quotes about sailing you will think no more!

Sailing quotes for the indecisive

Sailing quotes for the adventurous

Sailing quotes for those who need a little bit of inspiration

Sailing quotes for the courageous

In the sea of sailing quotes and nautical terms, we can highlight the ones by Mark Twain and Ernest Hemingway, two of the most influential writers of all times. Get out of your comfort zone and let their words serve as your greatest encouragement.

Which sailor quotes have found their use in everyday language?

There are many phrases that we use on a regular basis that have their origin in the nautical world. However, they have lost their original meaning, so most of the time we are not aware that we are using the same phrases that were once used by sailors. We made a list of the most popular sailor phrases used in everyday language, explaining their metaphorical and original meaning.

The first example is the term feeling under the weather that people nowadays use to describe the feeling of sadness. Sailors would use this phrase when the weather was rough to warn the passengers to retreat to the lower levels of the boat to keep them safe from the storm.

We have all, not only once, experienced the calm before the storm. For example, we know that a really bad argument is always preceded by an extremely peaceful period. Sailors, on the other side, would use this phrase in the anticipation of bad weather.

People often find themselves at a loose end, meaning they do not know what to do next. When on board, something that is often loose is the rope. A loose end means that the rope is not attached properly.

Have you ever gone overboard and completely exaggerated in your actions? Similar to that, when you go overboard on a boat, it means that you literally fall out of it.

The phrase fair winds and following seas is one of the most known sailing terms. It means that the wind direction will be probably the same as the sea direction. It indicates that the sailors will probably have a "perfect day on the sea". Furthermore, the phrase smooth sailing has a pretty similar meaning as the phrase fair winds and following seas. The smooth sailing means that there we'll be no problems further on, everything is alright now.

The phrase Anchors Aweigh means that there are no anchors in the sea at the moment, they are all clear of the sea bottom and the boat is ready for departure.

Another interesting linguistic feature that emerged from the nautical world is sailor slang. Over the years spent on the sea, sailors have developed their own way of communicating. And that language was unknown to the ones who were not part of the crew. The phrases and nautical terms that they used were short and sweet, some of the examples are:

Sailor slang was highly popularized by the eccentric Captain Jack Sparrow from the movie “Pirates of the Caribbean”. Jack Sparrow is an example of a real cap’n (captain) who loved his sailing ships Black Pearl more than his life and a man who gave his life to the sea. What a great example for a modern sailor, huh? Aside from his rum-obsession and occasional cowardness, he was quite successful in his job. We are sure that you already quote him on a daily basis, but we will mention a few of his epic sailor sayings:

At the end of the day, you do not have to use sailor slang or phrases to be a sailor. Carleton Mitchell once said: “To desire nothing beyond what you have is surely happiness. Aboard a boat, it is frequently possible to achieve just that. That is why sailing is a way of life, one of the finest of lives.” Therefore, to be a successful sailor, the most important thing is to live without the fear of the unknown, to gather up the courage and start living your life to the fullest – at the sea.