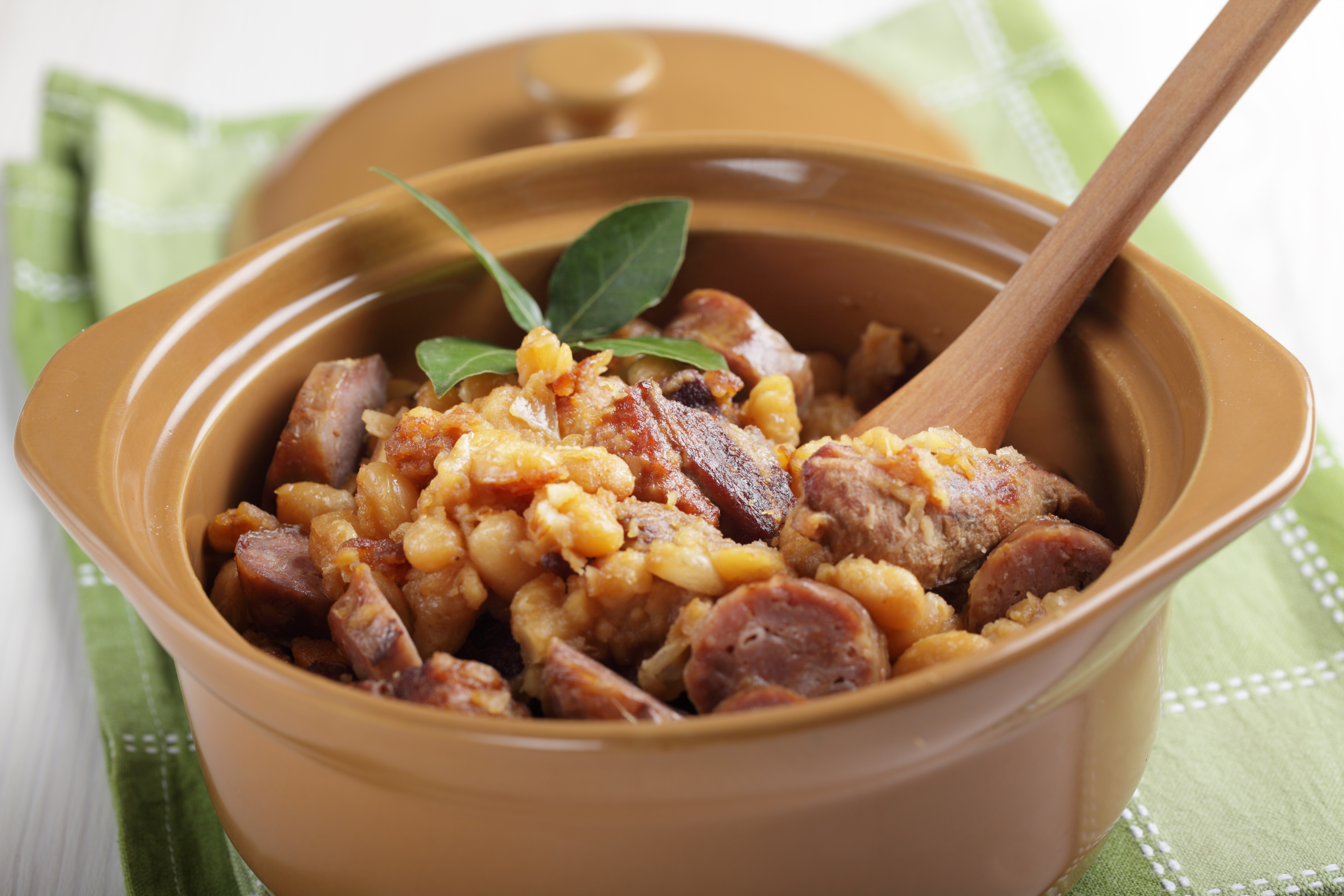 Although the first association to sausages is a hot dog this is a story about a salad. The salad has no particular name but it attracted my attention because it was very delicious when I tasted it for the first time and learned about its preparation. It happened last summer when I helped quite clumsy and inexperienced but very cheerful crew to moor their chratered sailing yacht in Lumbarda marina on Korčula island, Croatia. The wind was pretty strong and the skipper was not familiar with the sidekick of his yacht so my yacht was in danger of being hit. I hopped onboard his yacht and finished the maneuver safely. I usually try to help inexperienced skippers by shouting them advices and by taking their mooring lines in case neighboring yachts are in danger, but this time the situation demanded swift reaction. However, once the yacht was moored safely I realized that those people are onboard a sailing yacht for the first time in their lives. Skipper was very grateful and wanted to return the favor. All I could do was to accept their invitation and join them for dinner, as my guests decided to take a walk through the village. My attention was attracted by two ladies that were about to prepare the meal and were so happy and excited because they found a pack of sausages which was missing for few days. I am not usually amazed by sausages but I had to share their excitement since I was their guest. Surprisingly, the sausages were very delicious and I learned that a meal could be delicious even if the ingredients are not among my top favorites. The soul of this salad is its dressing prepared by stirring olive oil, apple cider vinegar, mustard, squeezed garlic, salt and pepper with a whisk or blender. Sausages have to be cut in an inch-long pieces whose one end should be cut in cross before cooking in boiling water. Cut green and red peppers in slices and put them in the bowl with some onion rings. Pour the dressing over the vegetables and add some marjoram over the mixture. Divide the salad into portions and arrange the sausages over the salad. As I said, sausages are not my favorite food, but I liked the dinner very much. I wish you a calm sea, a fine wind and a strong mast!
cooking aboard sailing recipe salad recipe