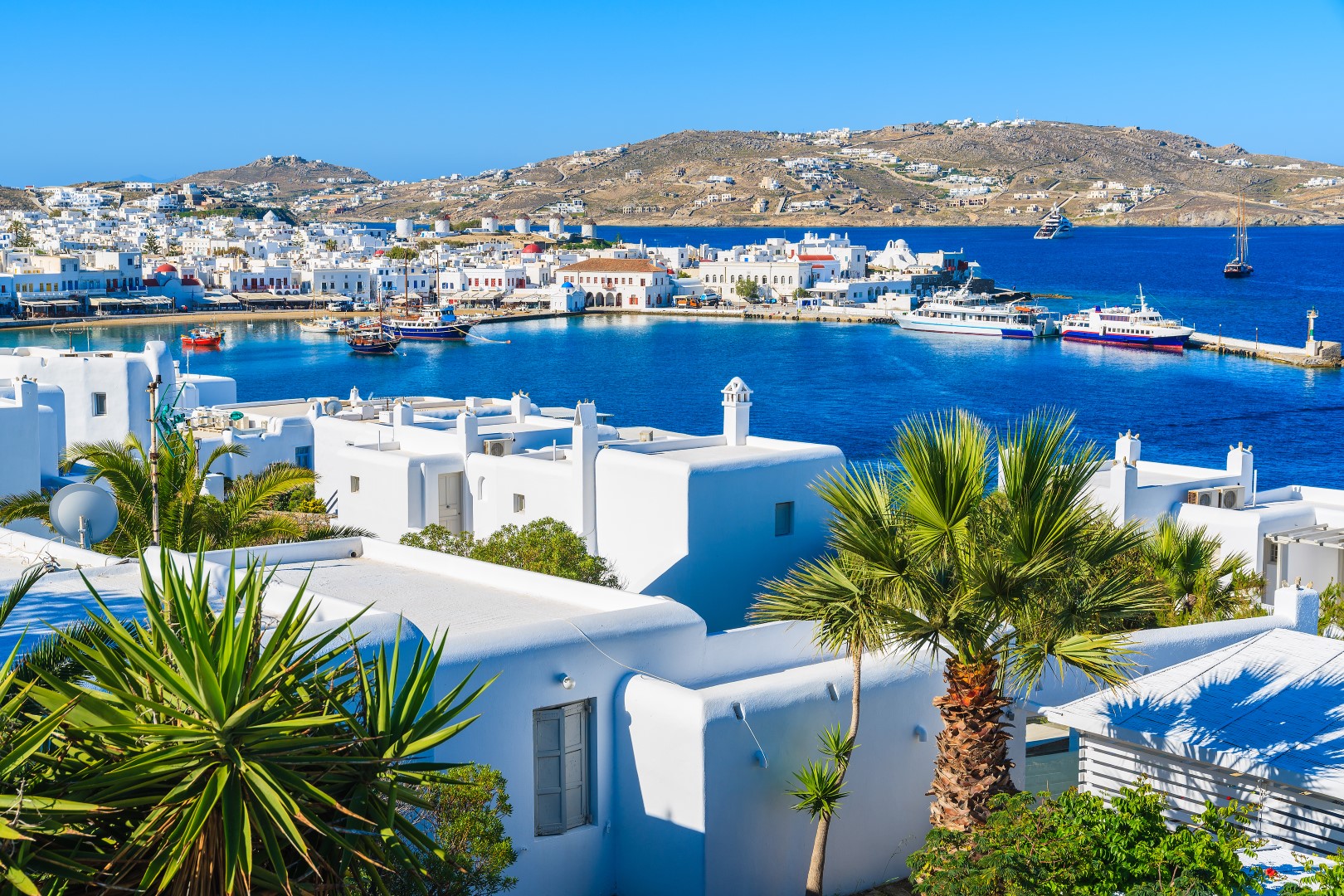 With more then 6,000 islands and islets surrounding Greece, sailors are very uncertain which one to choose as their vacation destination. There is a great variety between of islands. And most of them are so beautiful and so charming that a person cannot easily choose which one to visit. In order to make your decision easier, we bring you the list of best Greek islands you need to visit. Also don't forget to check out when it's the best time to visit Greek islands. Or what to eat while sailing in Greece.

Kos is one of the most popular islands of the Dodecanese, just behind Rhodes. Diversity is the main word when it comes to this beautiful island. It consists of many beautiful beaches, landscapes, historic sites and quiet places that are ideal for family vacation. But on the other hand, it can be a pretty good place for people seeking parties and fun. Kos also has a very good location. It can be a starting point for many Greek island cruises and daily trips to other islands.

Where is Greek Island Kos on a Map

The best beaches on Kos:

The small island of Milos is famous for its volcanic history, barren landscape and beaches with white sand. Especially on the southern side of the island. It has 70 beaches and most of them are hidden. That makes this island a perfect spot for a quiet and calm vacation. One of the most famous ancient Greek sculptures The Aphrodite of Milos was discovered on Milos. An island with less then 5,000 inhabitants.

Where is Greek Island Milos on a Map

The best beaches on Milos:

Paros is a Greek island historically known for its great white marble. Today it is one of the main tourist attractions. If you are looking for a great nightlife scene, Paros will not disappoint you. It is located in the central Aegean Sea. That makes it a great base for Greek island tours and daily trips. Paros has a lot of beautiful sandy beaches ranging from the quiet to the crowded ones. On Paros a lot of windsurfing competitions take place. Attractive nightlife, restaurants, culture heritage, beautiful beaches and location make Paros one of the best Greek islands.

Where is Greek Island Paros on a Map

The best beaches on Paros:

Naxos is the largest island of the Cyclades. It's suitable for a family vacation due to the fact that it is not crowded. Naxos allows people to quietly enjoy their holidays. The western side of the island is well known for amazing beaches with exotic water and soft sand. Mikri Vigla Beach is one of the most popular places on the whole island. It is considered to be the best kitesurfing and windsurfing spot in the whole Cyclades.

Where is Greek Island Naxos on a Map

The best beaches on Naxos:

Blue-flag beaches, perfect weather, attractive Mount Enos, striking caves and tasty local cuisine. It makes Kefalonia a safe place on the list of the best Greek islands. This island became planetary popular after the filming of the Hollywood movie Captain Corelli's Mandolin, starring Penelope Cruz, Nicolas Cage and John Hurt. Like Naxos, Kefalonia is a popular summer destination for couples and families. It has atypical coastline, which makes it a unique spot on the map of Greek islands.

Where is Greek Island Kefalonia on a Map

The best beaches on Kefalonia:

Rhodes is the most cosmopolitan of the Dodecanese islands. It is located near the Turkish coast, in the south eastern side of the Aegean. It has a strong cultural heritage and historic monuments. Like the medieval Old Town, the Acropolis of Lindos, the Governor's Palace and the Temple of Apollo. Rhodes became worldwide famous because of the Colossus of Rhodes, one of the Seven Wonders of the Ancient World. On the south side you can find high-rise resorts and modern luxury hotels which present an absolute contrast to the Old Town, a beautiful place from the past.

Where is Greek Island Rhodes on a Map

The beast beaches on Rhodes:

Similar to Rhodes, Corfu is the cosmopolitan capital of the Ionian islands. Colonial influences of France, Great Britain and Venice can be seen all over the island – Venetian architecture, wonderful beaches and attractive monuments are just a few of many reasons why so many people visit this beautiful Greek island. Even though the island has a lot of artificial resorts and hotels, stunning sand beaches, perfect restaurants with local cuisine and untouched parts are what attracts a lot of tourists right here.

Where is Greek Island Corfu on a Map

The best beaches on Corfu:

Crete is the largest of the Greek islands and the fifth largest in the Mediterranean Sea. It has a strong historic importance due to its connection with the Minoan civilization, the earliest known civilization in Europe. Crete is on the map of the best Greek islands because it offers a wide range of activities – from mountain climbing, hiking, swimming, gorge trekking to exploring many historic and archaeological sites. Western Crete has beautiful and stunning beaches, historic monuments and breathtaking mountains you just need to visit. This island is one of the sunniest spots in the Mediterranean and it has a climate with stronger winds, which is great for sailing addicts and people seeking an adventure.

Where is Greek Island Crete on a Map

The best beaches on Crete:

The list of the best Greek islands without Mykonos is not a real one. This party island has had a crazy nighlife scene long before rave culture was invented. If you want a full-on luxury experience, Mykonos is the right place for you. It even attracts celebrities who visit this beautiful island regularly. Cycladic architecture and magnificent beaches show other side of the island – it is not just for party people; you can enjoy long walks through streets of Chora, see gorgeous sunsets from Little Venice, or swim in exotic beaches like Paradise, Kalo Livadi or Super Paradise. Mykonos is not just one of the best Greek islands, it is one of the most popular and beautiful ones in the whole world.

Where is Greek Island Mykonos on a Map

The best beaches on Mykonos:

The king of all Greek islands. Beautiful Santorini was a site of one of the largest volcanic eruptions in the world history. It is worldwide famous for its stunning sunsets, an active volcano, white houses and luxury hotels. His resorts made him one of the most popular honeymoon destinations around the globe. Most of the beach resorts are located on the southern side of Santorini, which is reserved for couples and families. Santorini deserves to be on the top of the list of best Greek islands. Not just because of its historic importance, but also because it is truly one of the most beautiful places on our planet.

Where is Greek Island Santorini on a Map

The best beaches on Santorini: