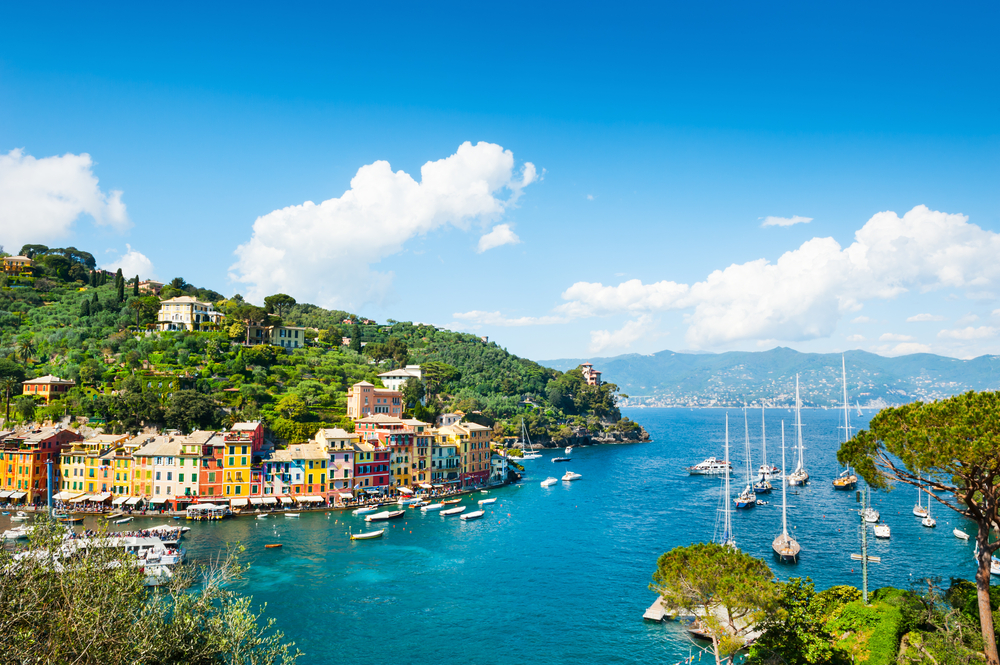 To go sailing in Italy is a must for every sailor. Italy is one of the most versatile and attractive destinations in Europe. It is home to some of the best sailing grounds in the Mediterranean. Witnessed by the large number of boats that are kept in the area. The lack of natural harbours and the limited numbers of places in the man-made marinas can make it challenging to find a berth during the summer months. But with careful preparation, a few key words in Italian and a little patience and understanding, the rewards will be well worth it.

For sailors, the amount of wind varies greatly depending on the location and time of year. The islands of Sardinia and Sicily tend to enjoy more wind than the Bay of Naples and the Riviera. But, in general, there is a lot less during the summer months than other times of the year. Yachts tend to have to motor more here than elsewhere in the Mediterranean. This, and the Italians' love affair with speed, explains the high numbers of motor boats. At least relative to sailing boats in the area. But, when the sun shines, and there is a warm, steady breeze, most yachtsmen would feel that the wait had been worth it.

The landscapes and the people are fantastic. All four major sailing areas are served by budget airlines. This makes it a cheap option, but beware this is not true in August. This is high season and prices can rise a lot. The four different sailing areas are: Tuscany, Bay of Naples, Sardinia and Sicily. Each has its own character.

Of all the places to sail in Italian waters, the Tuscan islands are probably the most appealing. And it is probably one of the most popular areas for yacht charter Italy. It has something for everyone. The islands of Capraia, Elba, Giglio and Giannutri are all accessible to yachts. They provide a number of attractive harbours and plenty of anchorages. Some even secluded in bad weather. On the mainland south of Livorno, the harbours of Cala di Medici, Punta Ala, and on the Argentario promontory: Porto Santo Stefano, Porto Ercole and Cala Galera, are all relatively large and comfortable, and any one of them would provide a fabulous base for exploring the area and sailing in Italy.

It is not hard to see the appeal of the Bay of Naples for sailors sailing in Italy. On the northern end, the islands of Ischia and Procida are both very accommodating to yachtsmen. With several well equipped marinas and a number of beautiful anchorages suitable in settled weather. In the centre, the famous outline of mount Vesuvius dominates the skyline with a number of marinas. Some more attractive than others. One of the great ones is on the island Pontine. On the southern end, the Island of Capri lies serenely off the Sorrento peninsular. Its harbour is famously expensive! But there is an anchorage to the side of it and a number of spectacular bays. They are suitable for anchoring in settled weather. To the north of the bay, yachts can visit the beautiful Pontine Islands and to the south, the Amalfi coast beckons. While in Naples you can sail all the way till you find yourself under the boot. Literally!

The island of Sardinia offers some of the best sailing, not only in Italy, but  in the world and has safe harbours more or less evenly spaced around the whole coast. The east side is more protected, and offers some spectacular beaches with white sand and clear water. It is a very popular holiday destination and the „Costa Smerelda“, in the north east of the island, is very much a playground for the rich and famous. Harbours like Porto Cervo will let you stay for next to nothing out of season, but come the summer, they would be charging you hundreds, if not thousands of euros per night - if they would let you in at all.

West Side of Sardinia

The western side of Sardinia is more rugged and more open to the Maestrale (Mistral). When it blows, great care must be taken by small yachts as the seas build alarmingly and there are few safe harbours to run to. The Strait of Bonifacio, between Sardinia and Corsica, is a scary place to be in a full Maestrale. Further down the western side, there are some delightful areas for sailing in Italy between the Island of San Pietro and Capo Teulada, the southernmost point of Sardinia.

Sicily is an attractive cruising ground, particularly along the northern and eastern coasts. It has a number of well established marinas although they can be very expensive in the summer months. Some of the larger, Italy yacht charter companies have bases here. There are anchorages at Cefalu and either side of Palermo. At the western end, San Vito lo Capo also has a comfortable marina and anchorage, which can be very useful in a Maestrale. Off the western end of Sicily lie the Egadi Islands, which provide some spectacularly clear water and secure anchorages. You can also drop your anchor somewhere in the Aeolian islands. There is a marina at Favignana. The cities of Trapani and Marsala are attractive destinations for sailing in Italy, but further round to the south the facilities diminish somewhat. The area is slowly being developed but some care should be taken when on passage in this area and sailing in Sicily.

East Side of Sicily

The eastern side of Sicily has some beautiful cities and interesting sailing destinations, in particular: Siracusa, Catania and Taormina are well worth a visit. The marina at Riposto provides ring-side seats for any firework shows that Mount Etna chooses to put on. A trip through the Straits of Messina is made more interesting by the presence of whirlpools at certain states of the tide. Although not dangerous to cruising italia yachts, they look a little threatening and can affect the sterring at times. Sicily offers not only its spectacular coastline, magnificent Greek ruins, but also the volcanic Aeolian Islands. The season is the same as that of Turkey or the Greek Dodecanese with a summer that starts in mid - May and continues until mid - October.

Something to Keep in Mind

Italian regulations state that skippers wishing to sail more than six miles offshore in Italian waters need to hold an International Certificate of Competence (ICC). They also need to be able to produce the registration document for the boat and a valid insurance certificate. If sailing in Italy, there is no lifeboat service and emergencies are dealt with by the Guardia Costiera. The telephone number for assistance is: 1530.

About the Author: Dominik Slivar