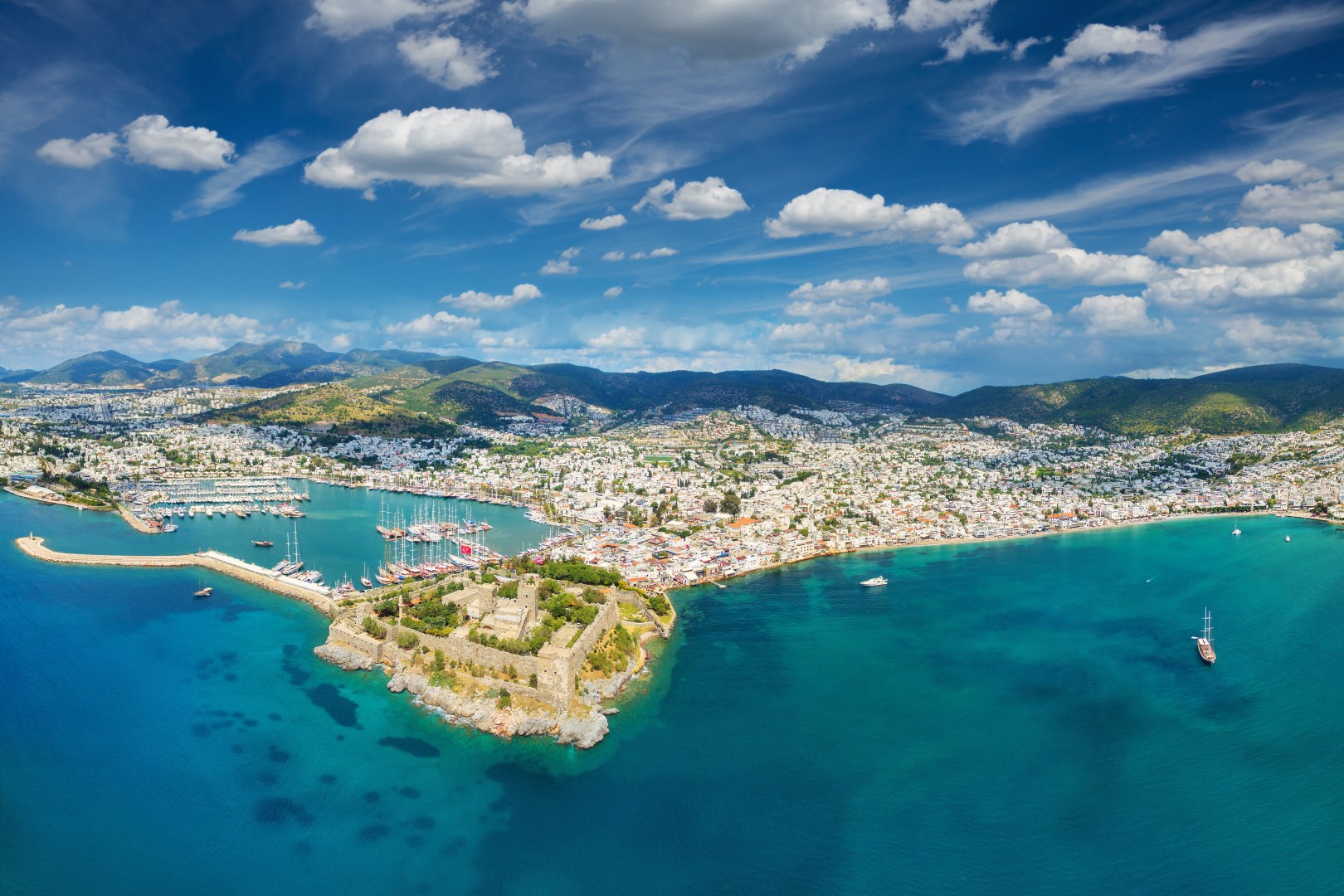 As you approach the town of Bodrum on your charter yacht, the first and most impressive thing you see is the Bodrum Castle. s [caption id="attachment_5340" align="alignnone" width="1618"] 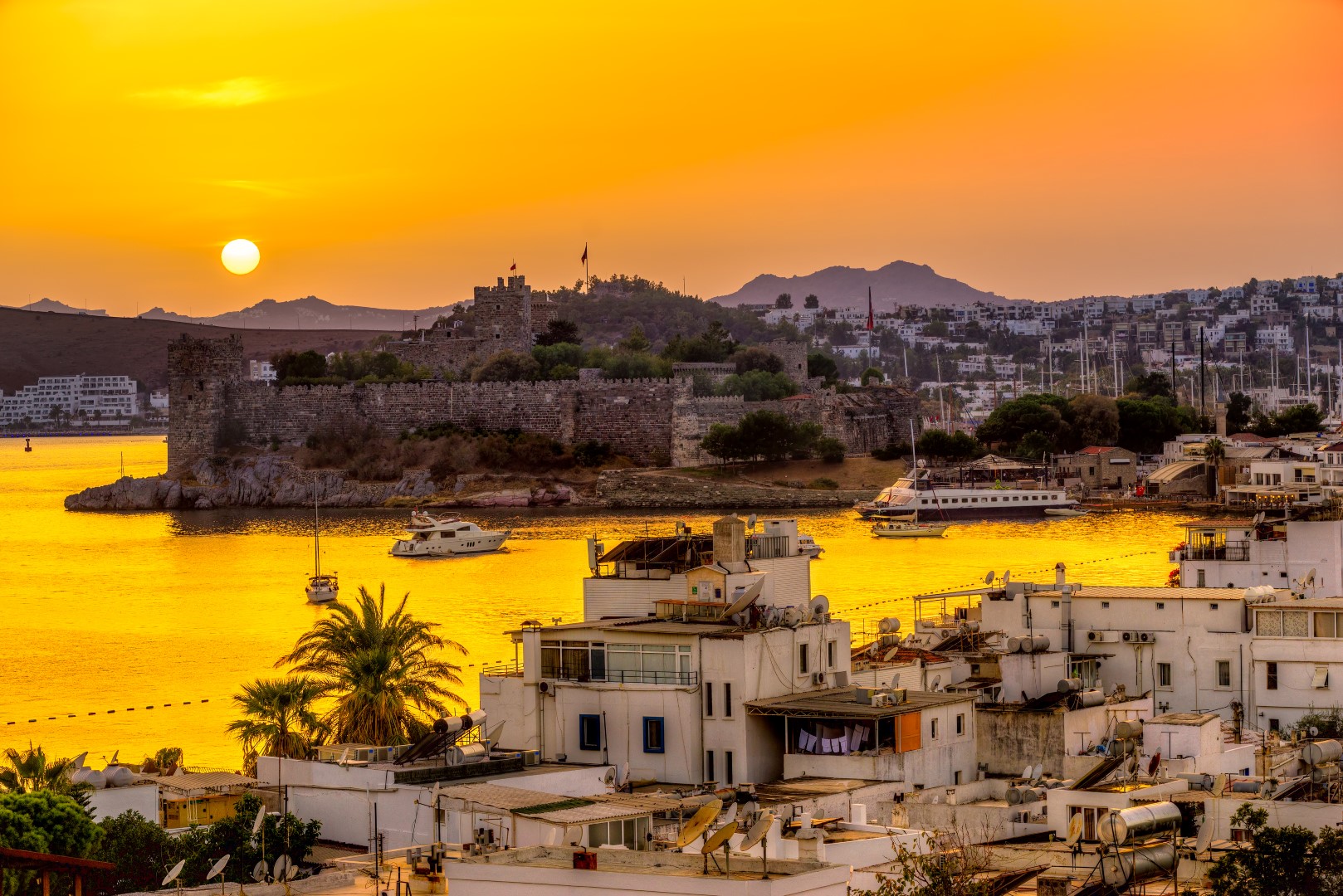 View of Bodrum Castle at Sunset, Turkey[/caption] The construction started in 1402 and lasted several decades until the whole complex was built. Parts of the castle were built using stone from the famous Mausoleum. There are five towers, mostly named after the countries that financed their construction: the Italian Tower (the Releif Tower), the French Tower (the Embroidery Tower), the German Tower (the Strong Tower), the English Tower (the Lion Tower) and the Spanish Tower (the Snake Tower). In 1962, a museum was opened in the castle. The Museum of Underwater Archeology in the Bodrum Castle displays a collection of amphoras and other valuable items made of glass, bronze, iron or clay. The collection also consists of two reconstructed shipwrecks: the Fatimi ship from the 11th century and the Uluburun from the 14th century BC. The castle garden displays Mediterranean vegetation. For other main historic sites you will have to find a berth for your yacht in the Bodrum marina. From there, you can go west and explore the Ottoman Shipyard. It is believed to be built in 1775 with the purpose of rebuilding the Ottoman fleet which suffered defeat by Russia in 1770. The Shipyard's tower is now a venue for local art exhibitions. [caption id="attachment_5341" align="alignnone" width="3037"] 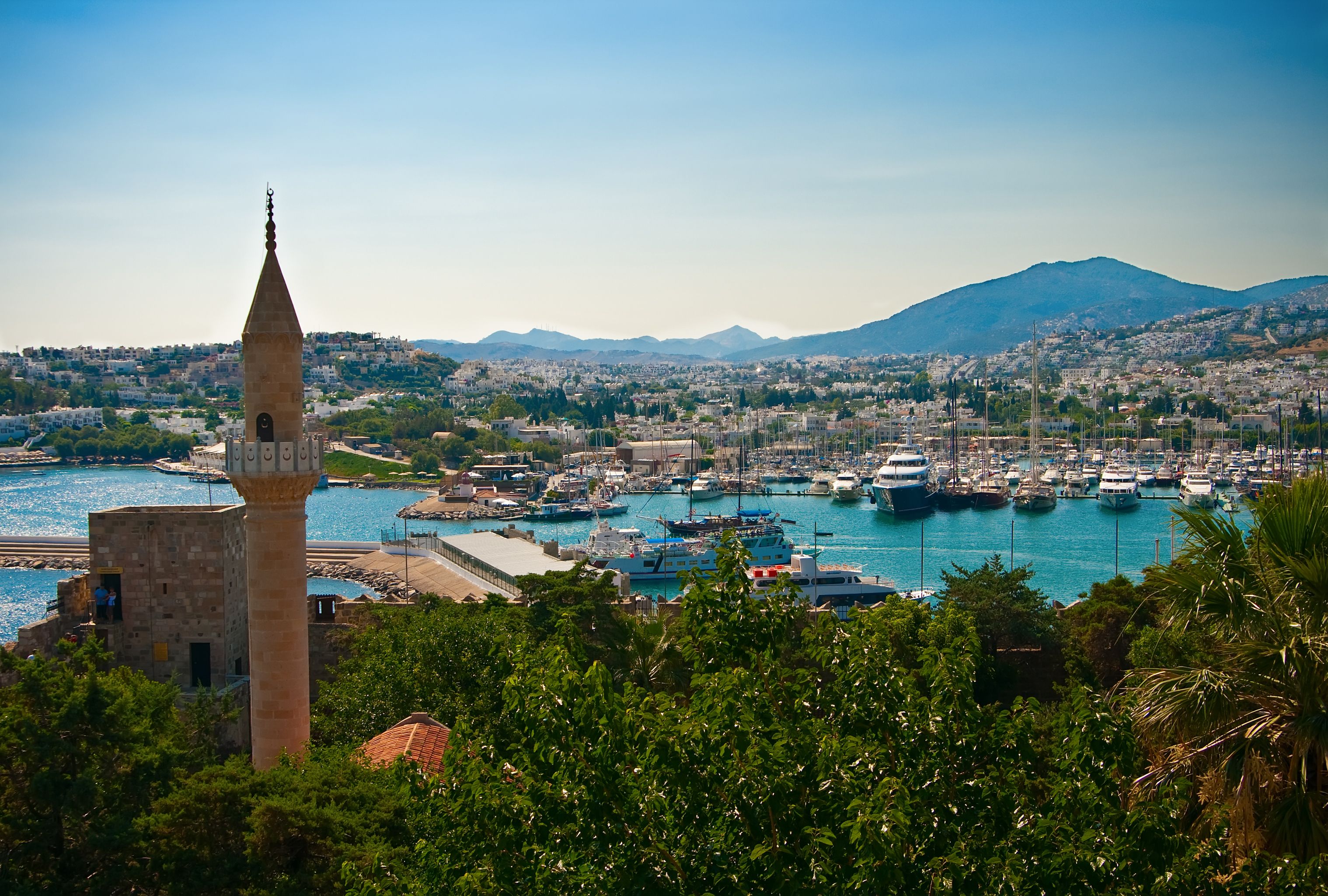 Bodrum Marina[/caption] Probably the most influential historical site you can see when on a sailing vacation in Bodrum is the tomb of Mausolus, ruler of the ancient Caria. After his death, his widow (and sister) ordered a monument, Mausoleum, to be built in his memory, and the term has since then entered into use for any large tomb. The Mausoleum is also one of the Seven Wonders of the Ancient World. Last, but not least, on our list of top five historic sites in Bodrum is the Theater of Halicarnassus with an original seating capacity of 10,000. It was built in the 2nd century BC and has three sections: one for the audience, one for the orchestra and the stage. After the excavations in 1973, it was turned into an open-air museum. If you are interested in sailing in Bodrum, check out our specialized page with information on chartering a yacht in the Bodrum area and explore your options. Enjoy your Bodrum yacht charter vacations!
Bodrum Turkey