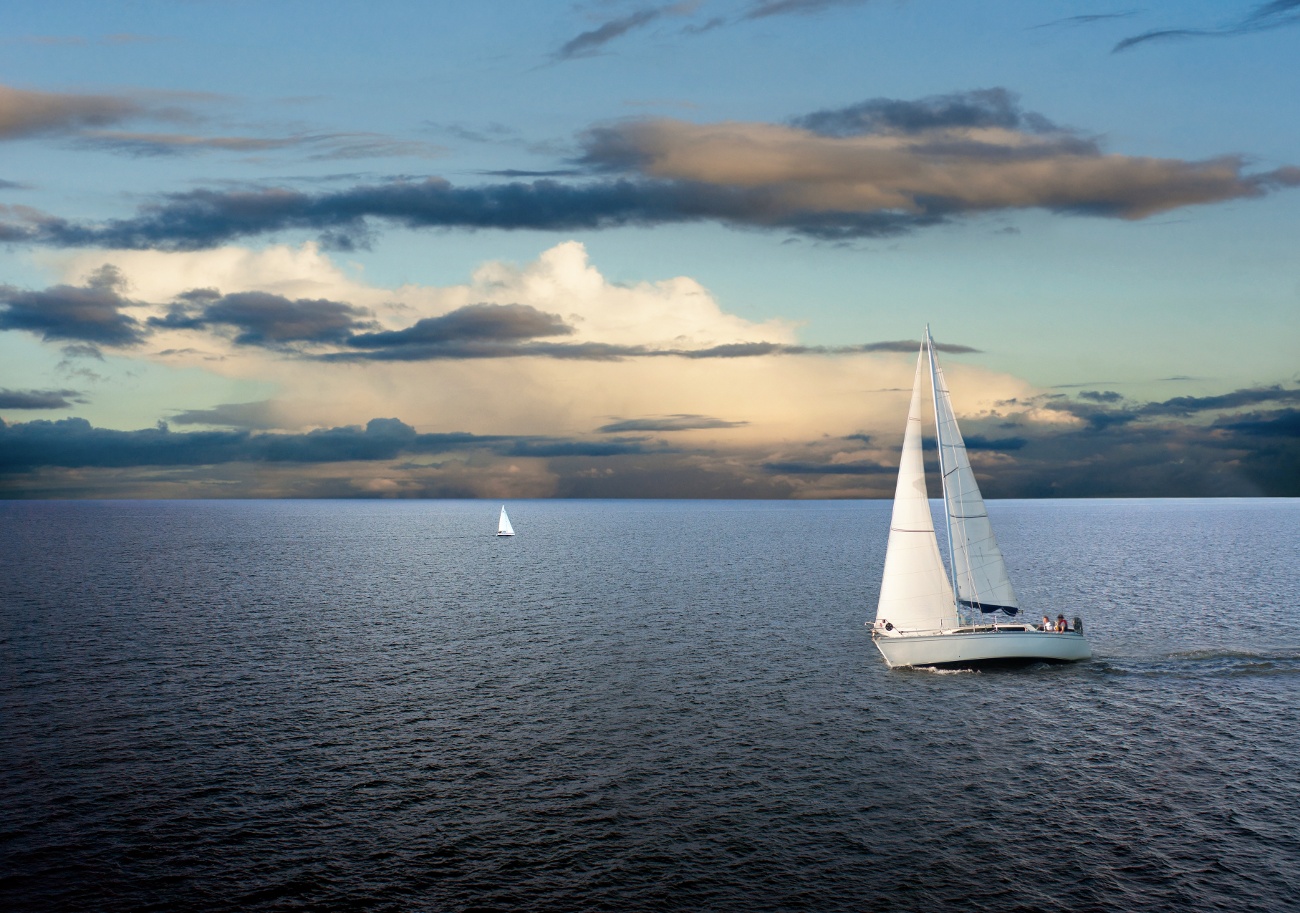 I bet that a great majority of common people, including me, would say that Trade Winds have something to do with buying and selling. After some experience in sailing, geography and meteorology I would say both yes and no. First of all let’s clear up what it is about. The Trade Winds, or simply the trades, are prevailing pattern of easterly surface winds predominantly blowing from the northeast on the Northern Hemisphere and from the southeast on the Southern Hemisphere. They come as a result of difference of high pressure in subtropical areas and low pressure near the equator. They blow all around the Earth near the equator except in South Asia where monsoons prevail. Let’s get back to history for a moment. According to the old English dictionaries the word trade comes from early 14th century word meaning path or track. So Trade Winds have nothing to do with selling and buying. Since vessels of that time could only sail downwind and probably broad reaching, the word trade meaning the path or track could make sense because the heading of the ship was the same as the direction of the wind. However, Portuguese and Spanish sailors perceived the pattern and noticed its importance in navigation the Atlantic Ocean. In order to reach South Africa they sailed far out to the ocean, headed for Brazil around 30° S and turned back east catching south trade. They called these winds passat, originated in the verb pasar (esp.) meaning to go. What happened later explains the full meaning of the name Trade Winds. During the Age of Sail the pattern of prevailing winds made some points of globe easy to access as the captain of the ship seeks the wind that would blow in the direction of the travel. Consequently, the Trade Winds had a great importance to European empire-building over Pacific or Atlantic. Later on, the importance of Trade Winds to England’s merchant fleet crossing Atlantic made it completely clear that Trade Winds, after all, have a lot to do with selling and buying regarding trading with tea, spices, sugar cane, rum, cotton, silk etc. A great wealth generated in many European merchant forces, with a little help of natural forces, made it internationally understandable where the name of these winds comes from. I wish you a calm sea, a fine wind and a strong mast!
wind