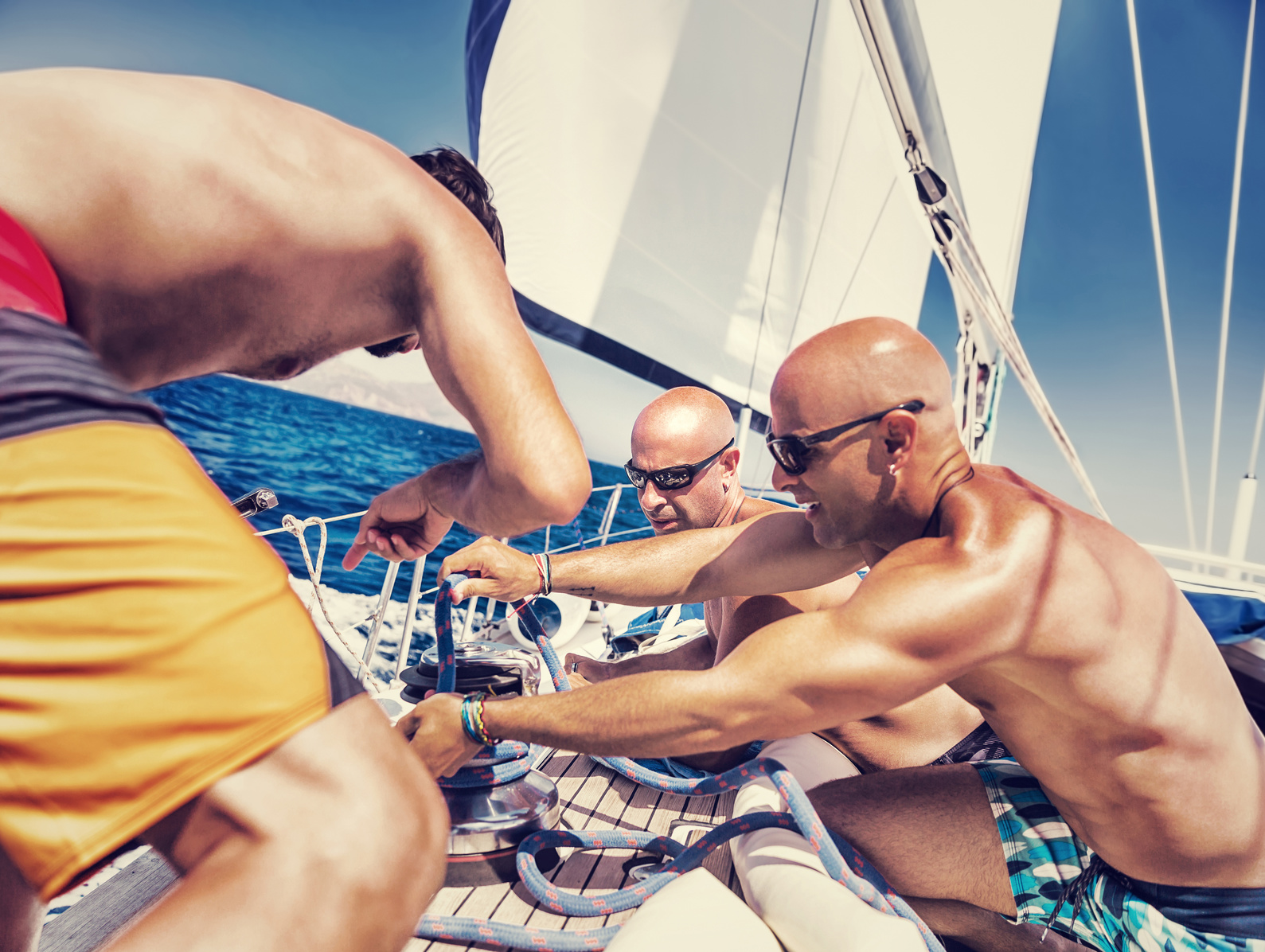 Sailing the Croatian Adriatic in the preseason is always a pleasure. This year, we were lucky with the weather so the charter sailing season has begun rather early. Except for a few days of strong bura (the local NE wind) and some rains, sailing around the islands was pleasant and the sea was inviting for swimming. However, ports and marinas were not as busy as in the high season, which meant that almost every bay and cove could be called a private one, perfect for anchoring. I visited Stončica bay on the island of Vis, which is one of my favorite bays. As the buoys were not installed yet, I intended to drop the anchor deep in the bay, close to the sandy beach and the tavern, but ‘my place’ was taken by another catamaran. Anyhow, I dropped the anchor on a safe distance from that yacht because the bay made a perfect shelter from the uprising wind. [caption id="attachment_5504" align="alignnone" width="1450"] 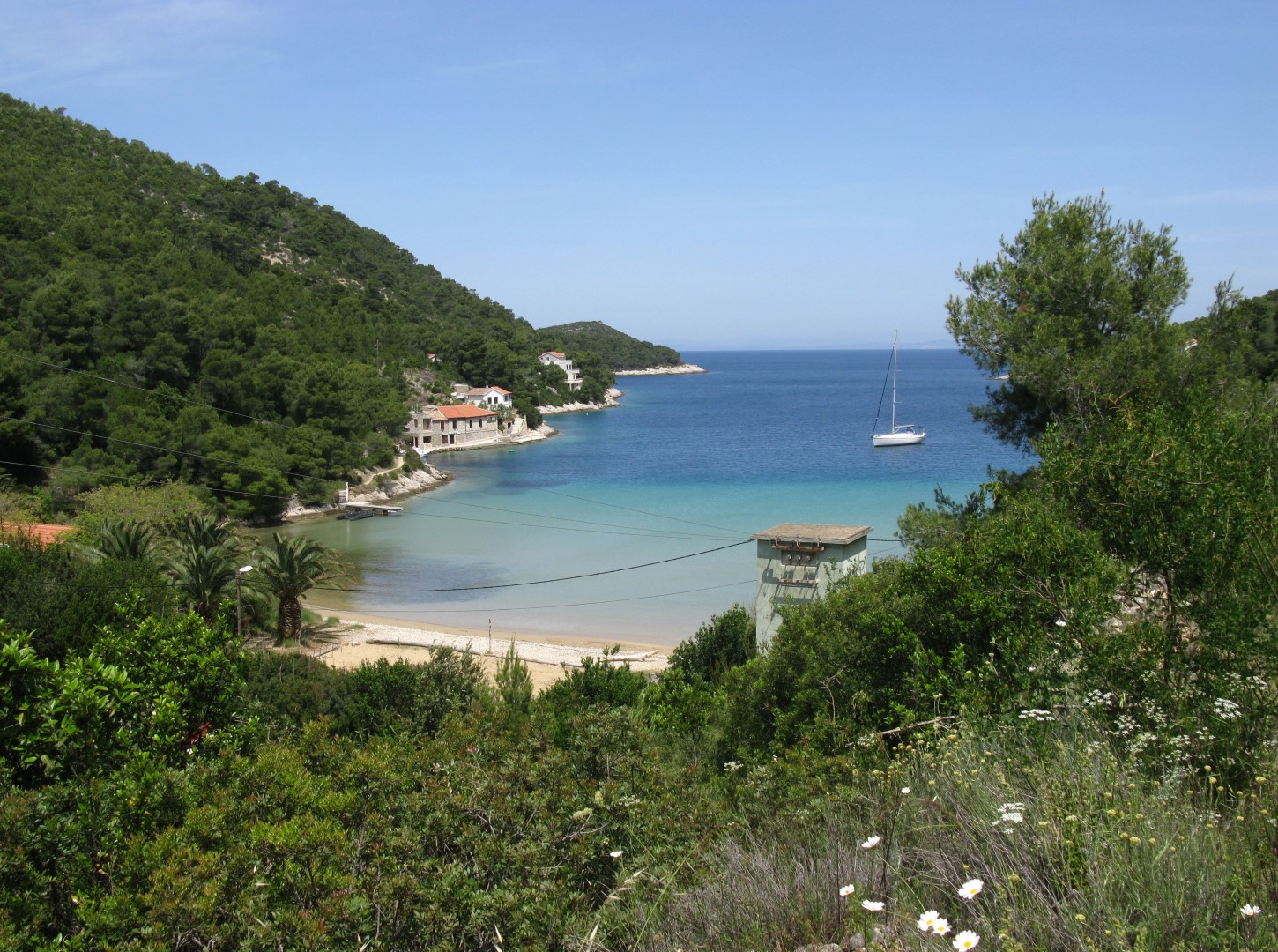 Stončica Bay, Vis[/caption] After some time, I noticed another catamaran approaching the bay and doing a really extraordinary maneuver. The skipper dropped the anchor, turned the yacht’s stern towards the wind direction, leaving the complete chain downwind. After a few unsuccessful tries, the anchor caught the seabed while the yacht drifted downwind until the anchor held the boat in a position, far enough from my catamaran. I kept my attention on that vessel for two reasons – I was afraid of a collision and also wanted to learn something more because I have never heard or seen such anchoring technique… I did not pay attention to the ‘traffic’ in the bay anymore until I noticed one gentleman rowing his inflatable kayak from the catamaran that was in front of me. The gentleman spoke perfect English and wondered what the skipper of the third catamaran was doing all that time. He laughed together with my crew, making jokes about clumsy skippers so we decided to invite this cheerful gentleman on board to have a beer with us. As soon as he climbed to our yacht he warned us not to be surprised with his toe nails polished in bright red. He told us that it is a part of his lifestyle and professional career, too. He introduced himself as the leading, or the only professor of sexology in his country. His polished toe nails were the remains of his role from the night before, when he had gone out dressed as a woman, but had no time to remove the polish after removing the jewelry and make-up. He also explained to us that he sails with his wife and a skipper but they do not wear any clothes when on board. They only dress up when receiving a visit or going public. My young and male crew was astonished by the encounter but listened to our visitor with a great interest. After a chat and beer, our professor went back to his catamaran telling us that he enjoys his double role by exchanging love and joy of life with both sexes, “having all the fun there is”. I wish you a calm sea, a fair wind and a strong mast!
Adriatic anchoring catamaran Croatian islands islands sailing story skipper Vis