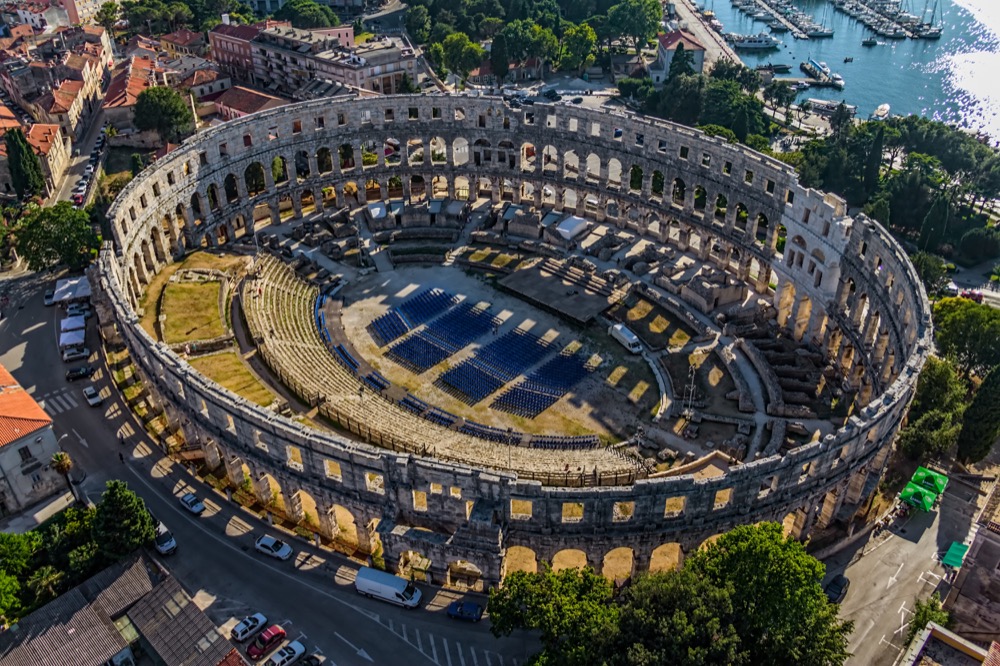 Strolling through Pula, you will stumble upon several impressive pieces of architecture from the time of the Roman Empire. The most magnificent is surely the amphitheater, one of the last remaining ones in the world, but there are others as well, such as the 1st-century Arch of Sergii, the Temple of Augustus, the Hercules' Gate and the Twin Gates. Find out more about what makes them worth your time. As you approach Pula aboard your charter yacht, you can already see the main sight not only of the city but of the whole northern part of the Croatian coast - the amphitheater. The Pula Arena is the only remaining amphitheater from the Roman times with four side towers and one of the six largest Roman arenas in the world. It was constructed in the period between 27 BC and 68 AD and has served many purposes. Today it is a venue for different concerts and can be explored for a small fee. For other Roman sights in the town, however, you must get off your yacht and walk a bit around the city center. The ACI marina is in the heart of the Pula harbor, just a few steps away from the Arena and features 192 berths with all the necessary services. [caption id="attachment_6115" align="alignnone" width="1688"] 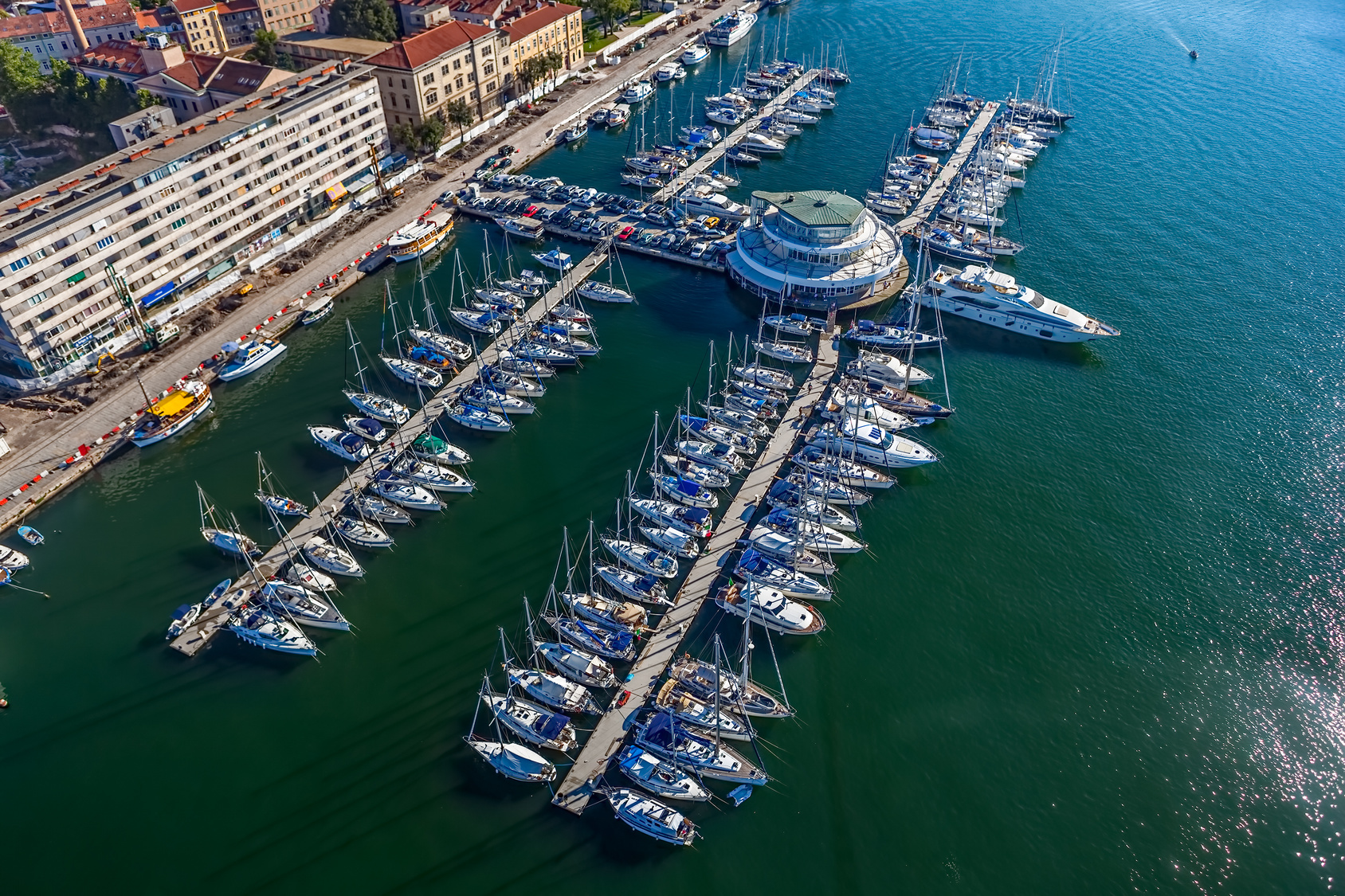 Marina[/caption] In the city center, there is the Arch of Sergii, a triumphal arch dating from around 29-27 BC. When you pass it, you get to the Temple of Augustus dedicated to the goddess Roma, dating back to the period between 2 BC and 14 AD (the reign of Augustus, the first Roman emperor). The temple was built in the Augustan Forum, once the commercial and administrative center of the city. The Twin Gates (Porta Gemina) date from the 2nd century and are one of the few remaining gates in the city walls which were pulled down in the 19th century. The gate consists of two arches, columns and a decorated frieze. The Hercules' Gate from the 1st century features the bearded head of Hercules on its arch and a damaged inscription showing that the city of Pula was founded between 47 and 44 BC. There are many other historic monuments worth seeing on your charter vacation in North Adriatic sailing region so take your time, choose the ones that interest you the most and sail towards new insights!
Adriatic Sea Croatia Istria Pula