I hate to begin my texts with excuses but sometimes I just can’t avoid it. I am about to write about squids without having caught a single one…

Wintertime really is the period of squids’ reign in Adriatic which becomes very obvious when you see the number of fishermen floating in their boats not too far from the coast, making those specific moves with their hands pulling and releasing hooks with artificial fish as a bate for greedy squids.

I have been trying for years to jump in my friend’s boat to join him on this epic hunt but somehow we always fail. Nevertheless, I have enjoyed many times freshly caught, large and tasty grilled winter squid. 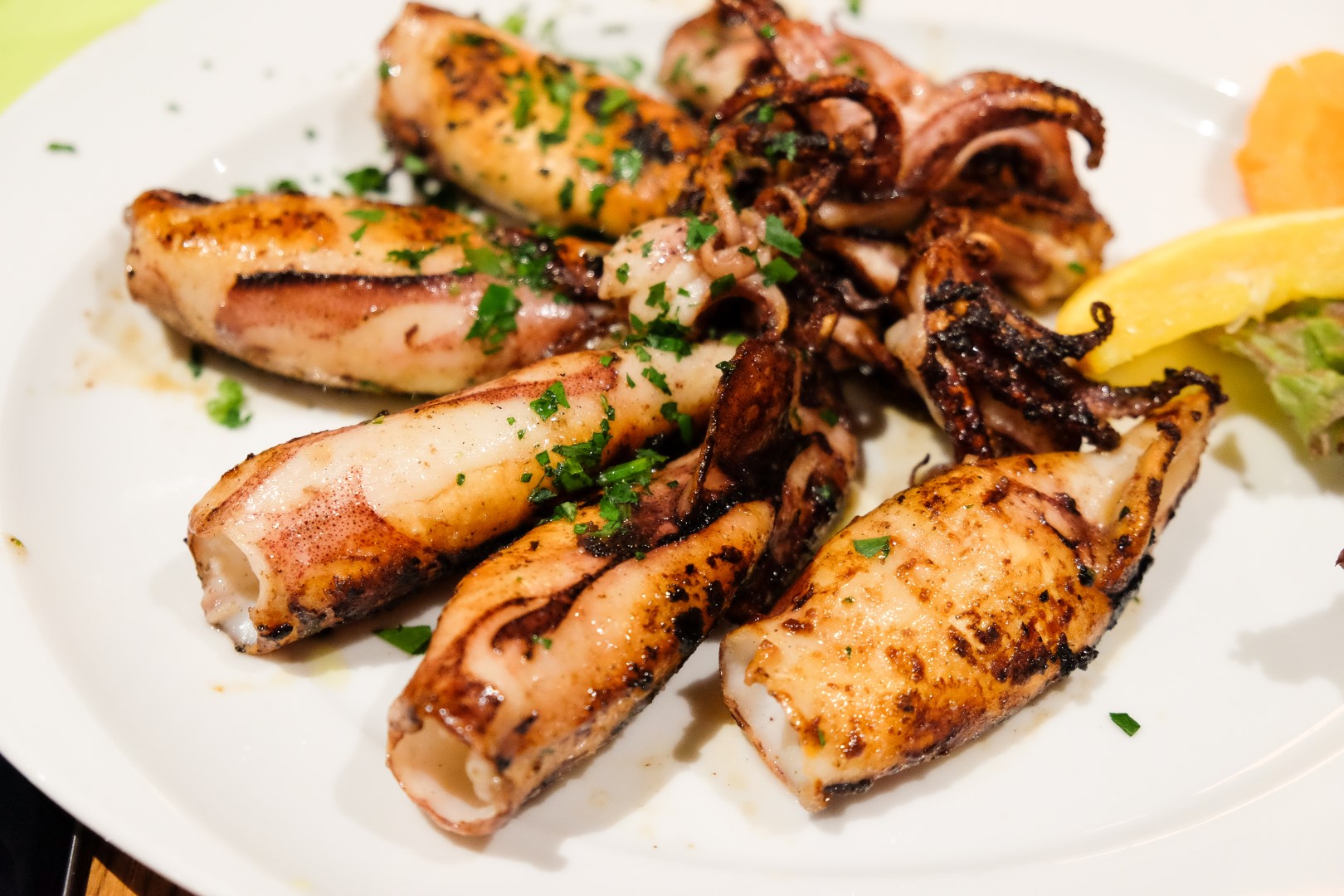 Without any doubt, it is the best way to prepare squid directly from the cold sea. All you need is someone who is willing to share their precious prey with you; a hot grill, preferably on cinders of grape wood; homemade fresh olive oil and grinded salt. After tasty bites, a sip of thick red wine would round off this genuine winter gastronomic event so adorable in Dalmatia; before a card game next to a fireplace…
Besides this pretty simple but special recipe, I discovered another interesting way of preparing fresh squids I want to share with you – the squid stew.

Those who catch squids tell me that it is no wonder if a cuttlefish appears at the end of fishing-line when going after squids, so let’s include it in our dinner.

Almost all Dalmatian recipes begin the same – cook tiny sliced onions on warm olive oil until it gets glassy and gold-like. Add sliced squids and cuttlefish and stew it for a while. Lower the flame and add potatoes sliced into small cubes and add as much water as it is enough just to cover the potatoes and fish. Cook it on low heat until the potatoes are done. 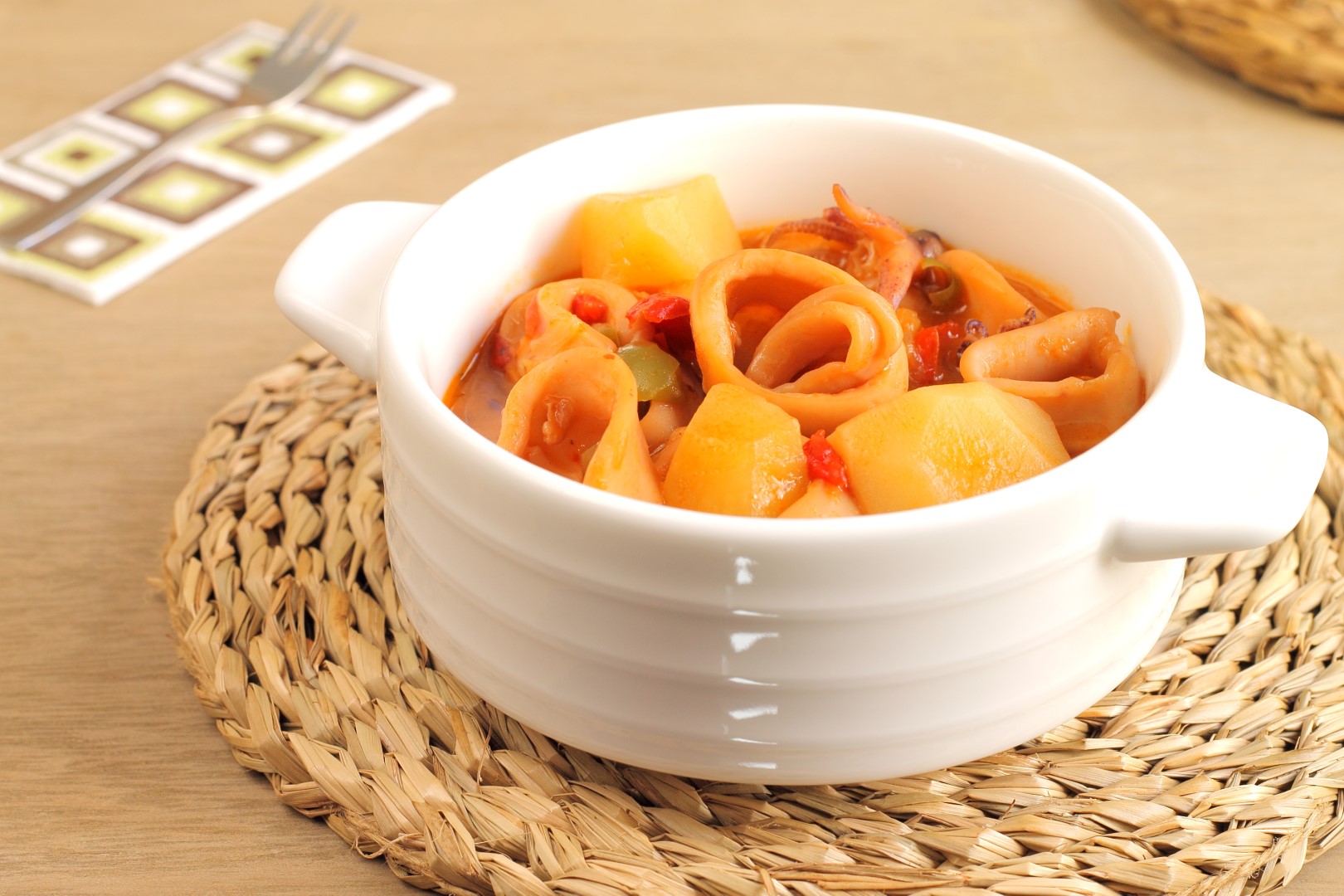 While stewing the content should not be stirred but slightly shaken. Usual ingredients would be ground salt and black pepper and cuttlefish ink, while Mediterranean herbs should be added optionally – in line with your abilities to get them and according to your taste: dry oregano leafs, bay leaf, parsley and garlic (could be also added firstly, when putting onions on hot oil), tomato puree, and or grinded red pepper or chili. 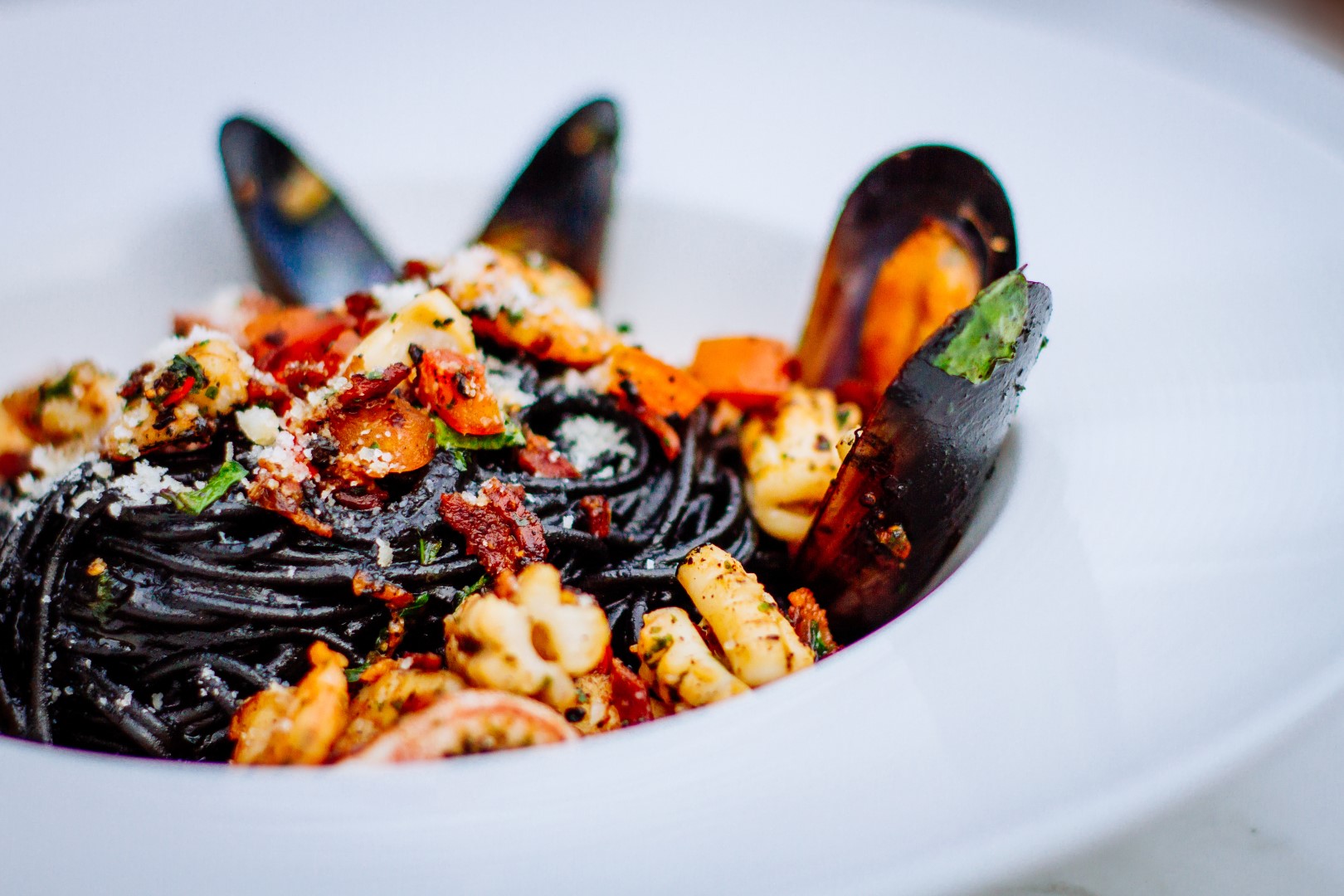 Make sure that if you add peeled tomatoes or tomato puree to add a teaspoon of sugar. Red wine could also be added in squid stew, but you must be very careful with it because wine could make squid and cuttlefish too hard. The wine should be added before stewing the fish – add fish when the majority of wine is vaporized. Other option would be at the end, some 15 minutes before you take it off the fire.

In case you decided to make the stew with red wine, I would suggest to you to add a pinch of cinnamon but don’t tell anybody, if you do it discretely nobody would taste it but the overall taste would be special.

When you charter a yacht in Croatia, especially in Dalmatia, ask your skipper to show you where you can try squid stew or how to catch a squid. Although winter is squid time, you can also cath squid in the summer.

If you are not able to get the fish directly from the sea, I wouldn’t blame you if you buy it at the fish market, enjoy!