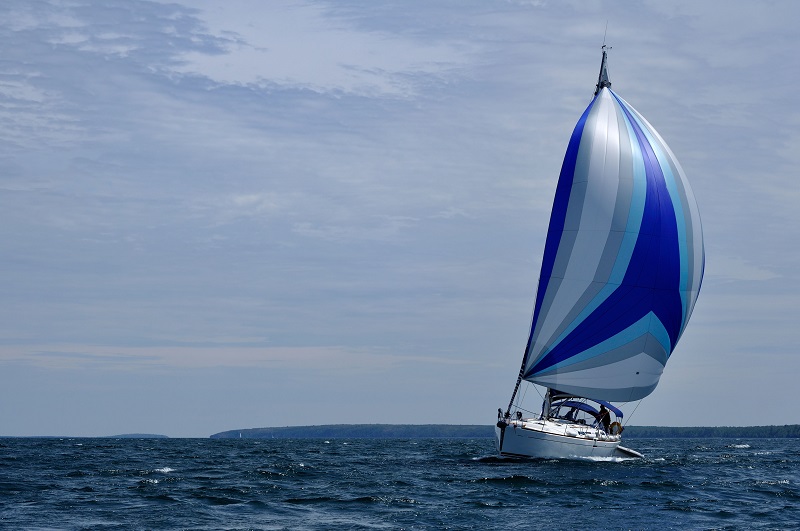 Why would yacht transfer be a good job? Well, the reason is very simple. In the region where I come from (Adriatic, Mediterranean) skippers mostly work seasonally. Summertime is the season when skippers abound with activities either by working as free lance skippers in charter business or permanently boarded on private yachts. In wintertime both charter and private yachts are being refitted or put to winter rest. It is the period of the year when skippers usually spend their time with their families or occasionally take a look at the yachts they are in charge of while the weather is mostly not favorable for cruising. At the same time, most of the skippers are keen to take off and are willing to take the opportunity to sail out for a while… If the demand for a transfer hits a jobless skipper in the middle of winter and the weather is not terrible, it could only seem like a dream come true. Unexpected extra money is something that nobody would refuse while few days at sea seem like a fine option. But this is where the trap lies. Inexperienced sailors would accept such offer without thinking what a ‘good offer’ really looks like. First of all, if the offer comes at a sunny day not many people would consider that the paradise at sea could turn into an inferno in just few hours. Secondly, sailing out of season should be paid better than usually so negotiations on conditions should be taken more serious than in summertime. One should consider unfavorable weather conditions under way and the availability of other skippers, as the competition on the market. To take the job or to ask for higher fee is a gamble. At the end of the day many greenhorns take the first offer and regret afterwards when they realize that it seemed better than it really was. Let me explain to you a classic trap. The skipper is offered to do the transfer in three days and he accepts to be paid per day. Inexperienced skipper did not consider that the weather severely changes in the wintertime and he has to wait in the shelter until the storm goes by. Especially when he overrated his abilities and took off single handed. He loses time, sometime jeopardizing his life, and reaches the destination too late. Instead of getting paid he owes the money for delay… Transfer should be negotiated in terms of payment per mile, provision and fuel excluded from the fee while the ETA (Estimated Time of Arrival) should be determined reasonably. When those conditions are fulfilled, yacht transfer could be a good job. I felt like sharing these thoughts with you because I was offered a job earlier this year which seemed like a proposal that I could not refuse. I was asked to transfer Slovenian made Elan sailing yacht from Adriatic to Canary Islands with one stop at Balearic Islands. I was excited to accept the deal even before the person who called me finished his explanation. My warning alarm turned on when I heard I should take off in three days and ‘someone’ would give me a call until the end of the day to confirm the deal. The image of dream cruise collapsed like a house of cards in my mind. Then suspicions started to occupy my mind – why should someone demand such quick start? It is a long way from the Adriatic to Canary Islands and no serious skipper would take off aboard an unknown yacht, with unknown crew in such short time. In addition, there was no negotiation about the terms of the job, only available skipper was what was searched for. Fortunately, nobody called me for this trip that day. Afterwards I heard that my friend and fellow skipper was contacted for the same job which he accepted. I would be more than happy to share with you the rest of the story. Feel welcome to read what happened to him and how the story ends in the next two posts. I wish you a calm sea, a fine wind and a strong mast!
skipper transfer