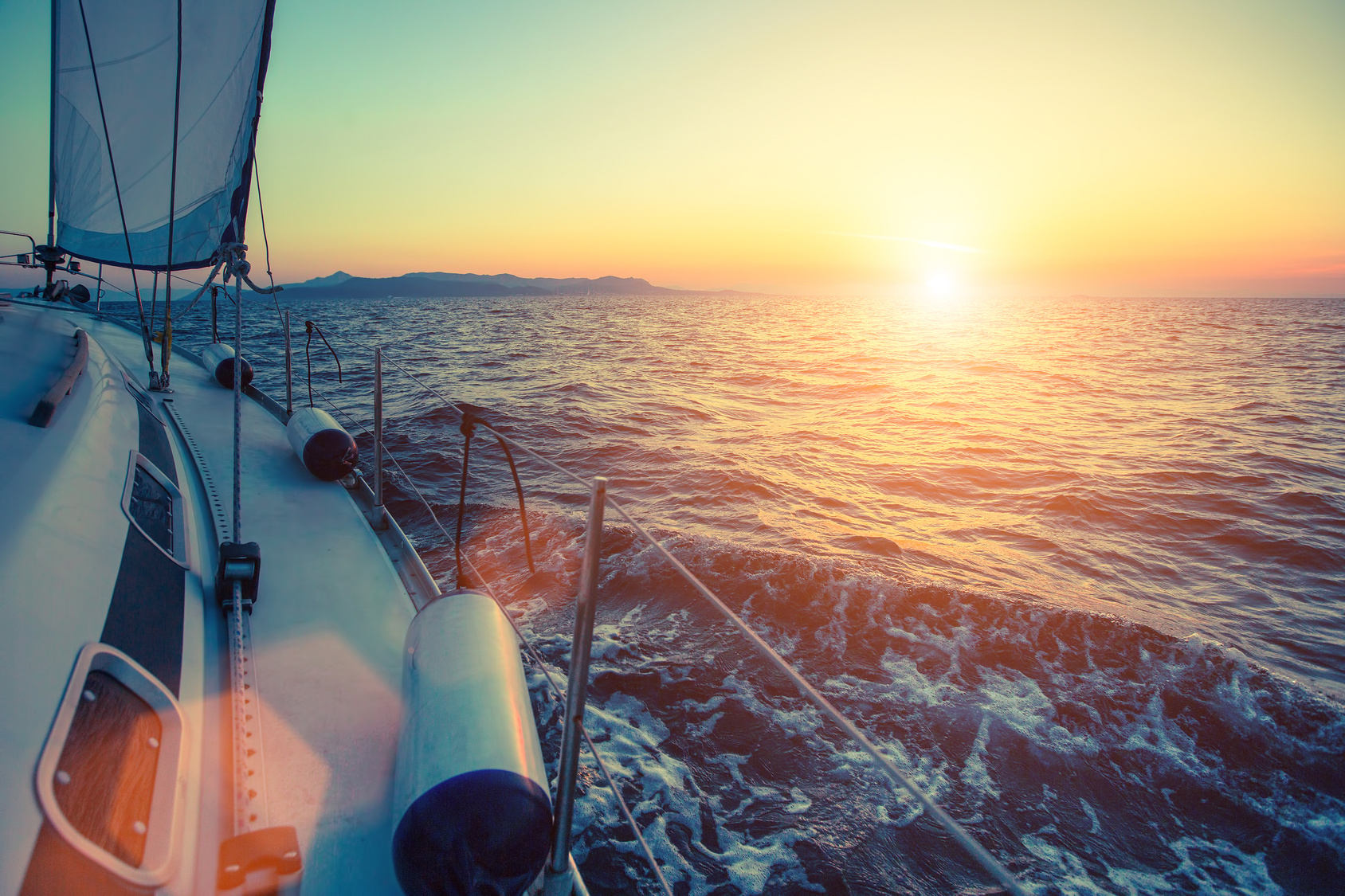 This is the third post, the traverse itself. Just to remind you, in my previous posts I talked about yacht transfers and preparations. We are setting sail at last! Crossing the Atlantic was about to begin as we left my friend along with his new crew in Almeria, Spain where their yacht was waiting to set sail.

After the entire week spent in preparations, multiple checking, mending, provisioning and sailing lessons they finally decided to set sail. They had to pass some 3.500 NM to their destination in the Caribbean.The expected route indicated sailing the Mediterranean Sea from Almeria, Spain through the Strait of Gibraltar to the Atlantic.

The crew wanted to visit the islands of Cabo Verde so they had to steer south-west, alongside the coast of Africa; passing Morocco, West Sahara, Mauritania and Senegal. From the Cabo Verde their route led them in the straight line towards west to the island of Barbados in the Caribbean.

Majority of doubts about the weather and route planning was done already in Almeria – by reading handbooks and almanacs, observing online meteo charts, reading forums and following movements of major air masses over the Atlantic.

Unfortunately their yacht was not equipped with standard weather forecasting and communication devices such as Navtex or some other satellite service. Therefore, reading and learning about major atmosphere systems in the area at that period of the year was crucial to predict the weather, on which their route depended a lot.

The life aboard was organized through several watches with at least two men on the deck at a time. Considering that the crew consisted of six people, they organized the watch of two men in period of four hours.

At first, the skipper acted as so called ‘floater’ and spent almost all time on the deck. Afterwards, he relied more and more on his crew, as they were about to become ‘experienced seafarers’, crossing the Atlantic under their keels. The entire crew was always together and awake during the maneuvers and at lunchtime, which was the perfect time for briefing and commenting on what happened during the past watch and what to expect in the next one.

After leaving Cabo Verde, life on board became more or less droning as the yacht made some 5 – 7 knots under sails positioned butterfly. That’s the time when one has to be very careful and avoid daydreaming.

A decent skipper, such as my friend, never leaves things to chance. It is the time when a decent skipper along with his crew goes through checklists all over again, reads again about offshore and transoceanic sailing and keeps the eye on the water and skies expecting the unexpected.

It sounds funny but sailing the busiest strait in the world is far from relaxed cruise. Furthermore, unmarked fishing boats and nets refer to serious danger in waters west of African coast. What Bajan Welcome and sailing into the destination looks like will be posted next time, as well as some remarks done during the journey.

Why to Book a Boat Early

On Board First Aid Kit