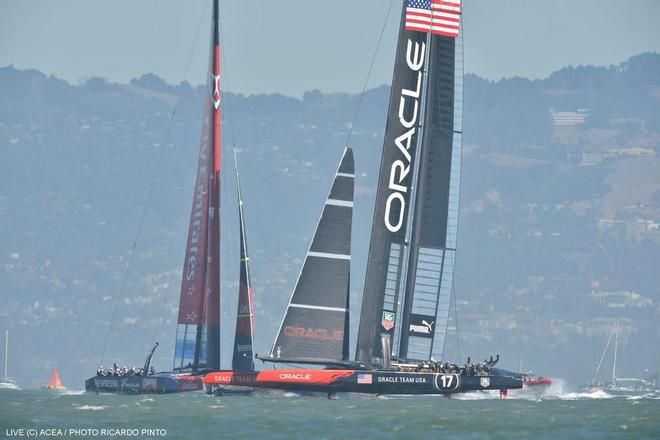 Kiwis had a great opportunity to win this trophy and 'bring it home' since they were in 8-1 lead over Oracle Team USA. However, Americans managed to gain eight consecutive wins in last week of regatta constantly improving their boat speed. They took the boatspeed to the point where their boat could hydrofoil upwind at 30-32 knots, which is never-seen-before performance in America's Cup. This is the second America's Cup win for American team, led by James Spithill, who was the youngest skipper winning this trophy in February 2010 in Valencia, Spain, when he was 30 years of age. On another hand, Emirates Team New Zealand made a great effort completing the crew, building the boat and improving their sailing every single day from launching their AC72 Aotearoa. The team led by skipper Dean Barker and General Manager Grant Dalton managed to unite the whole nation and made proud their fellow citizens despite the disappointing defeat. Oracle Team USA founder Larry Ellison claims that this regatta has changed sailing forever. By going to catamarans his intention was to make sailing more extreme and friendlier for the viewing audience. Sailing became more extreme for sure, but don't forget that this intention took one life during Louis Vuitton cup prior to America's Cup finals… However, 34th edition of America's Cup is concluded and it is about time to prepare for next edition of this magnificent event. We already have a confirmation from Australia's Hamilton Island Yacht Club that their team has challenged for the 35th America's Cup. The defender, Golden Gate Yacht Club, accepted the challange. We still wait for decision from New Zealand whether their team would take another effort to 'bring the old can home'… I wish you a calm sea, a fine wind and a strong mast!