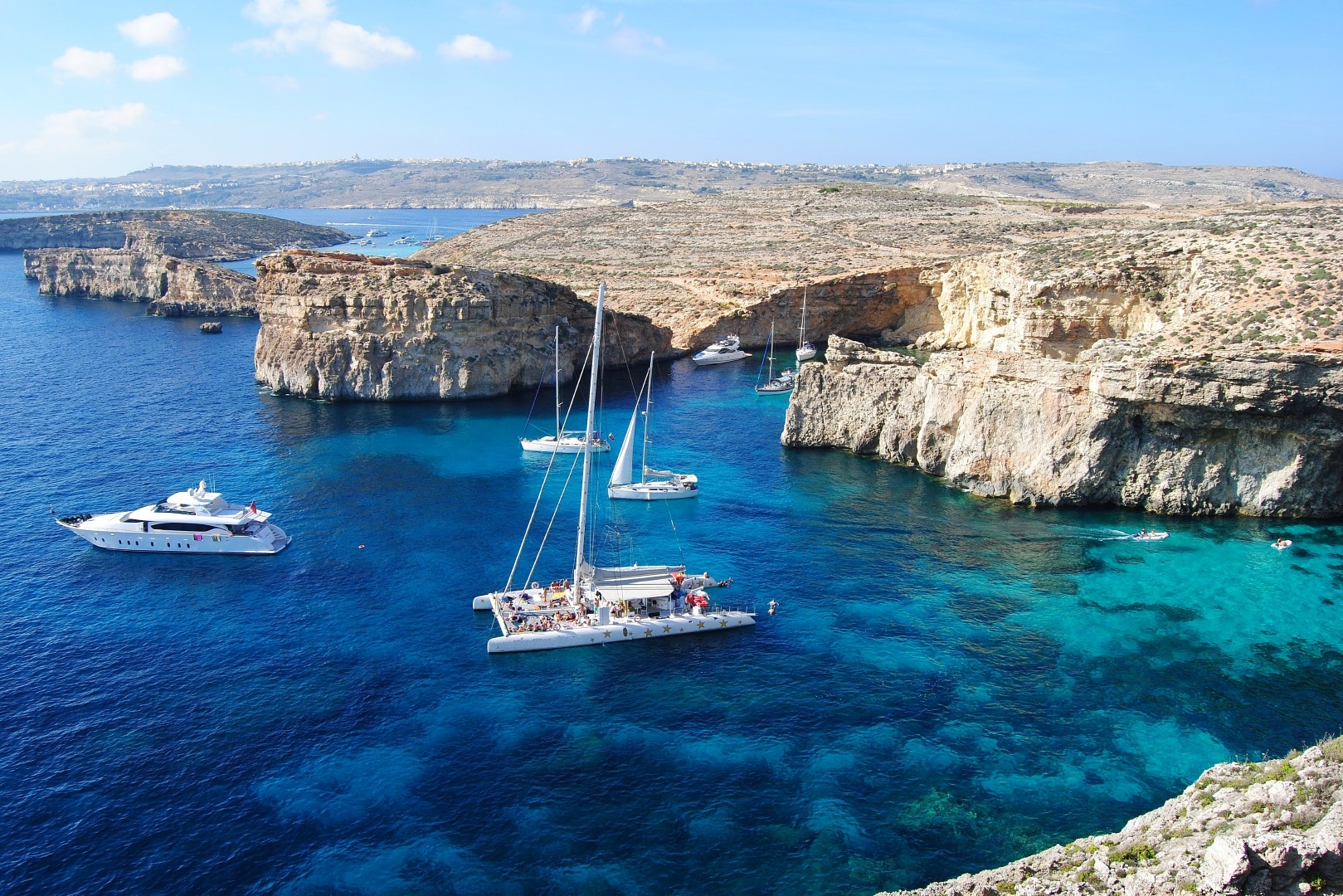 One of our Facebook fans asked for help in planning his Mediterranean Sea cruise that will last for 3 months and starts in Malta. They are sailing in a Bavaria 46 and would like to visit the whole Mediterranean. They wish to start from Italy and sail through France, Corsica, Spain, Ibiza and then back to Malta for a week. When they depart again they would like to visit the west side of Italy, Croatia, Greece, Cyprus. The seven of them are between in their late 20's/early 30's and they love adventure, scuba diving, good food and nightlife. Our skipper provided an interesting itinerary: "Roughly, my suggestion would be to split your sailing trip over the Mediterranean into two parts: Sicily, Italian west coast, Corsica and Sardinia, French and Spanish coast, Balearic Islands and back home to Malta - mid-June to mid-July or earlier and Adriatic islands and Greece - mid-July to mid-September. Prior to making a route plan, I would suggest the skipper to get local waters pilots for every region he intends to sail. Furthermore, it is crucial to find out the most trustful source of information on overall and local weather conditions - most often mentioned in sailing pilots. As Mediterranean offers a lot to see and experience some hotspots would be missed due to distances and time spent traveling. In addition, the high season takes place more or less at the same time everywhere so the general plan should follow some priorities. As mentioned in the previous message, it is about 7 guys aging between 20 - 30's, interested in scuba diving and summer fun. For the first leg I would suggest to sail N, towards Sicily. There are plenty of marinas such as in Ragusa, Siracusa or Catania - berths could be booked in advance. Sailing the Messina strait considers sailing according to Traffic Separation Scheme as well as the caution of currents. Best diving spots in this region would be in Taormina. [caption id="attachment_6490" align="alignnone" width="1690"] 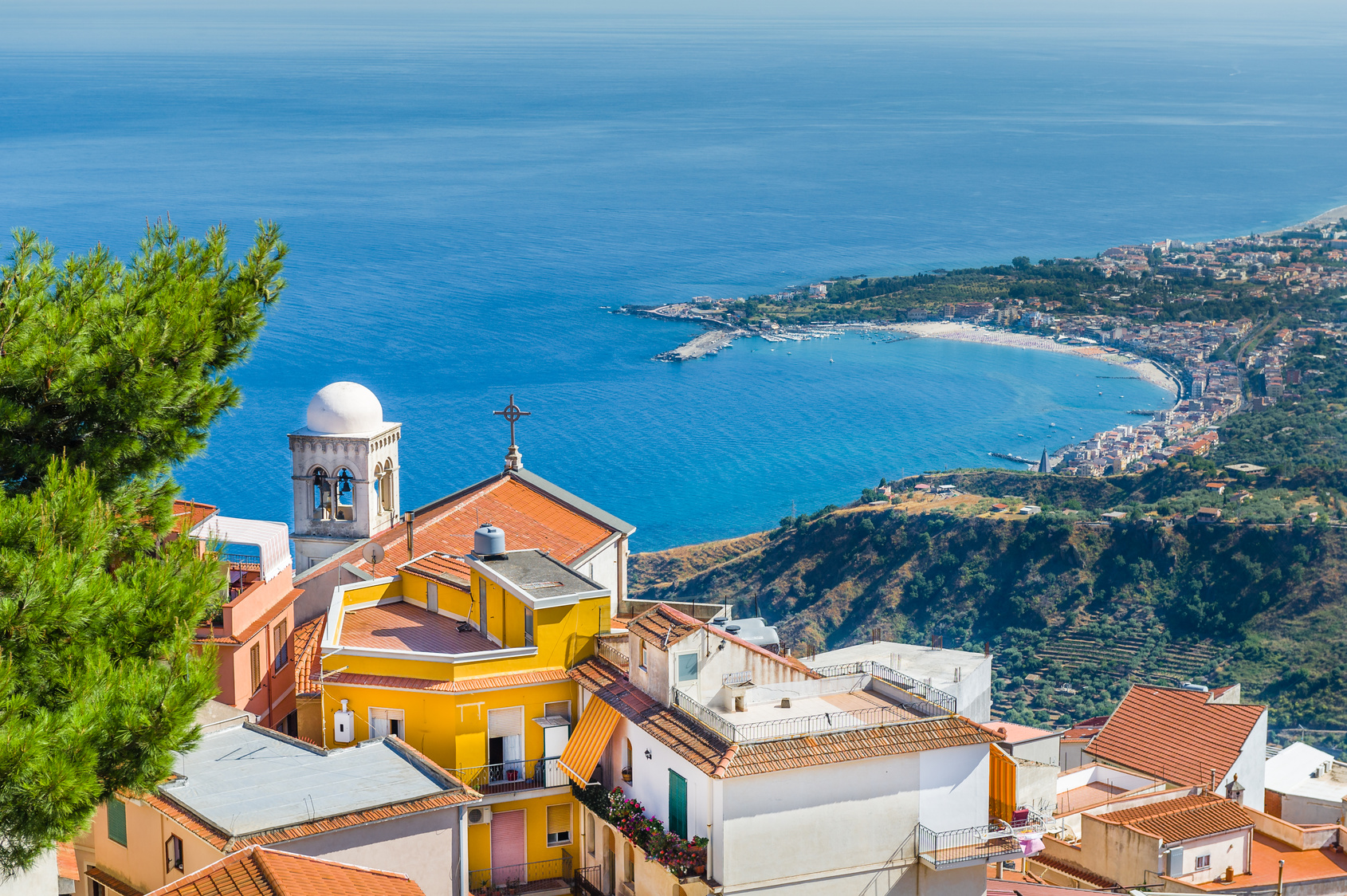 Taormina, Sicily[/caption] Next interesting place that I think should be visited would be Eolic islands where marinas could be found at Vulcano, Lipari and Santa Marina Salina as well as some diving spots. The most interesting of Italian coast for yachtsmen would be the coast between Naples and Amalfi along with jetsetters' paradise island Capri. These places abound with stunning scenery as well as with cultural and historic sites and a lot of vibrant nightlife during summertime. Crossing the Tyrrhenian sea and sailing to Sardinia should be carefully planned in line with weather forecast. There are some marinas in NE part of the Sardinean coast such as La Caletta, Budoni, San Teodoro, Olbia or further north Lu Canniscioni, Palau, La Madalena or the most famous Porto Cervo. I am not so familiar with the Mediterranean coast of France, except the port of Monte Carlo, but it is for sure that hotspots of this region would be Sanremo, Nice, Cannes and Hyeres as the sport sailing center. [caption id="attachment_6492" align="alignnone" width="1688"] 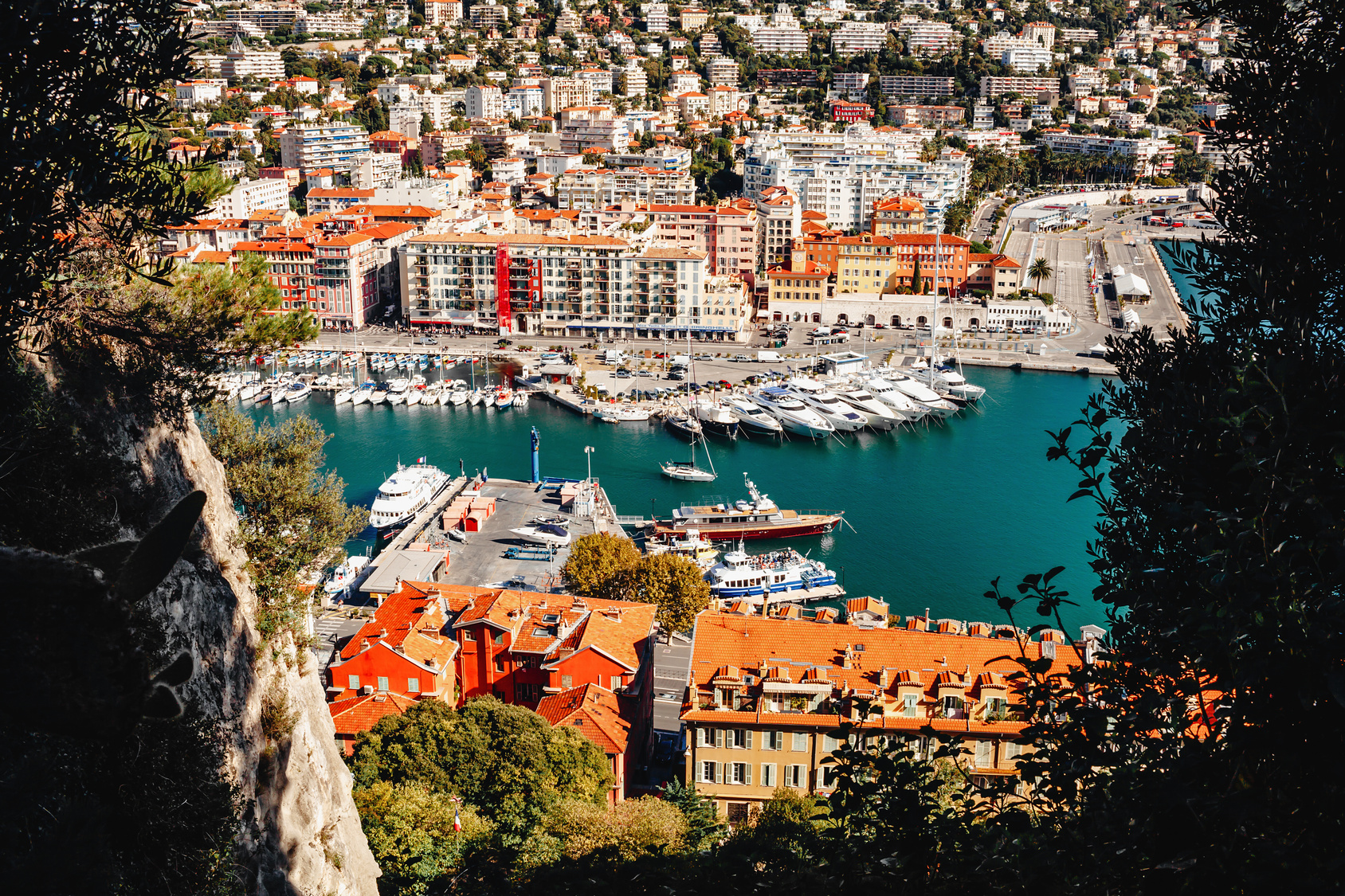 Nice, French Riviera.[/caption] Furthermore, sailing alongside the Mediterranean Spanish coast offers not so exciting sailing experience because of the lack of islands - you just follow the coast. However, the coast offers some fine places to see such as the Costa Brava with Barcelona as its center. The more interesting sailing destination would be the Balearic Islands with Ibiza as the center of yachting tourism and, above all, partying. Additionally, there are some amazing dive sites at Balearic Islands with wrecks, walls, reefs and caves abounding with diverse underwater life. [caption id="attachment_6493" align="alignnone" width="1000"] 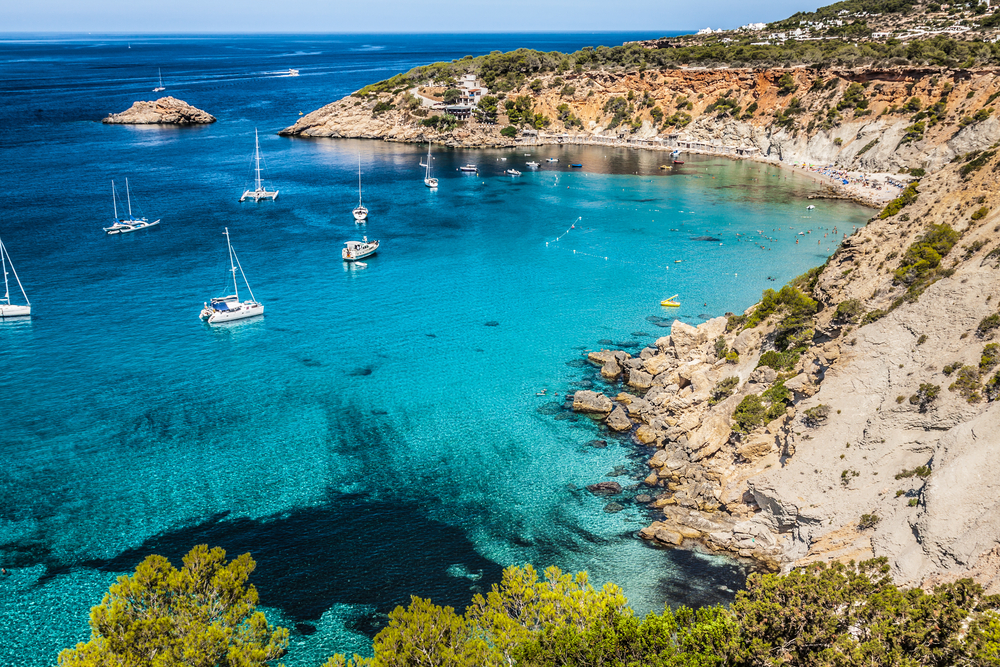 Ibiza[/caption] At this point, I would advise you to start planning another crossing, this time from the Balearic Islands to the W or SW coast of Sardinia. Suggested marinas would be at Oristano, or further to the south at Sant'Antioco, Calasetta, Carloforte or around Cagliari. After spending some time exploring the south of Sardinia the next stop before getting back to Malta would be W and SW coast of Sicily. Sailing to Adriatic would be advised also in two legs - first leg to Corfu; and next leg from Corfu, passing the gate of Otranto and reaching the coast of Montenegro. Extra care should be taken when passing the gate of Otranto where the Mediterranean Sea meets the Adriatic. It is a place with very rough sea in case of SE winds while pretty busy ship traffic goes on round the clock. Albanian coast is pretty rough and rocky with only a few ports. As Albania used to be a very closed country their tourist and marine facilities have just begun to develop. Interesting spots to see in Montenegro would be the Boka Kotorska gulf and fancy tourist centers such as Porto Montenegro at Tivat or the beaches of Budva. As a lot of international, mostly Russian, the capital was invested in Montenegrin tourism, the nightlife became pretty vibrant at Montenegrin tourist centers. [caption id="attachment_6033" align="alignnone" width="1693"] 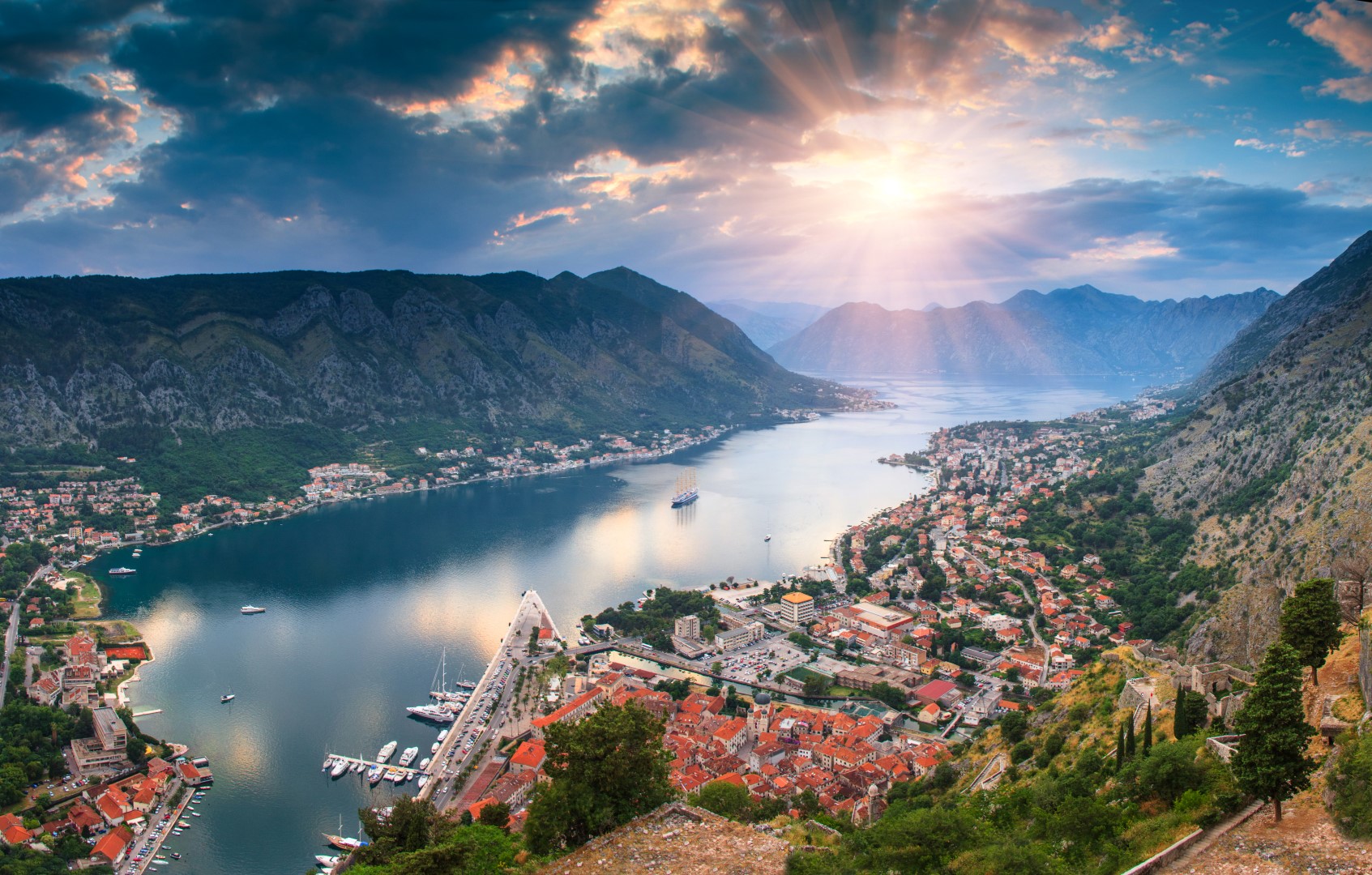 Kotor[/caption] The most popular sailing destinations are situated at Croatian coast of the Adriatic, along with hundreds of islands. More information on sailing and diving destinations could be found in the Blog section of our portal. The highlights of Croatian coast would be Dubrovnik, Elafiti archipelago, islands Korčula, Lastovo, Hvar, Vis, Kornati National Park etc. Hvar would be the island where the most popular parties take place, while island Vis offers stunning diving spots. The diversity of nightlife, traditional food offer, hidden and relaxed coves and beaches are all over the place. [caption id="attachment_5580" align="alignnone" width="1000"] 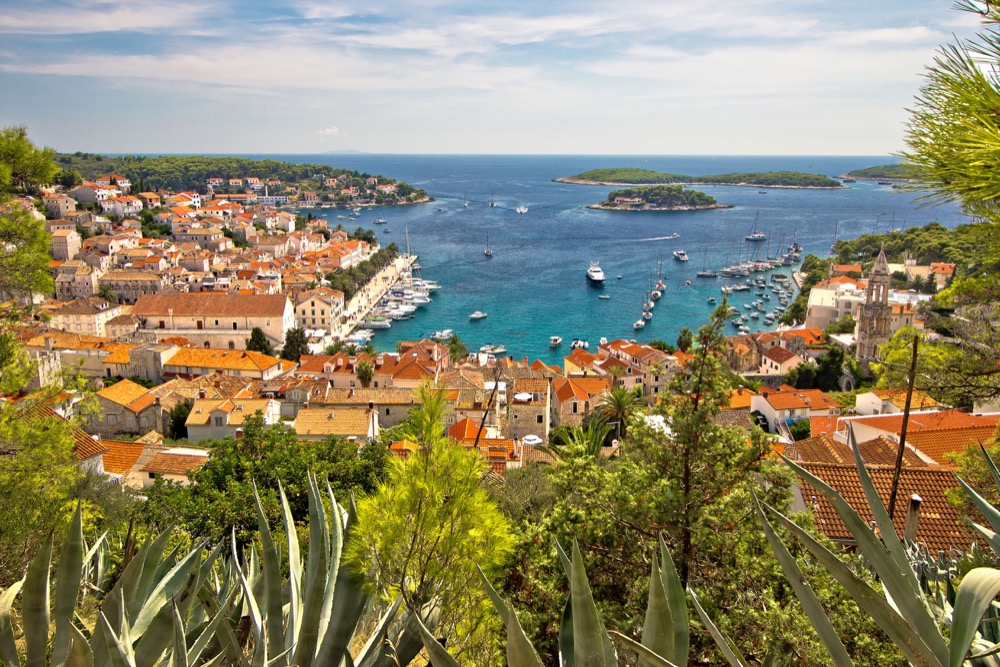 Hvar[/caption] Prevailing winds in the summertime would be westerly and north-westerly daily termical maestral, starting in the late morning and dying at the sunset. The last leg of the Mediterranean sailing trip would be the Greek experience. I left Greece for the last leg because the prevailing winds in Greek waters are Meltemi, which could surprise with unexpected gusts. Depending on the region, Meltemi could be stronger or lighter, but in the late summer (late October and September) Meltemi gets lighter. The best advice for sailing Greek waters is for sure the Greek Waters Pilot by Rod Heikell. [caption id="attachment_6150" align="alignnone" width="1683"] 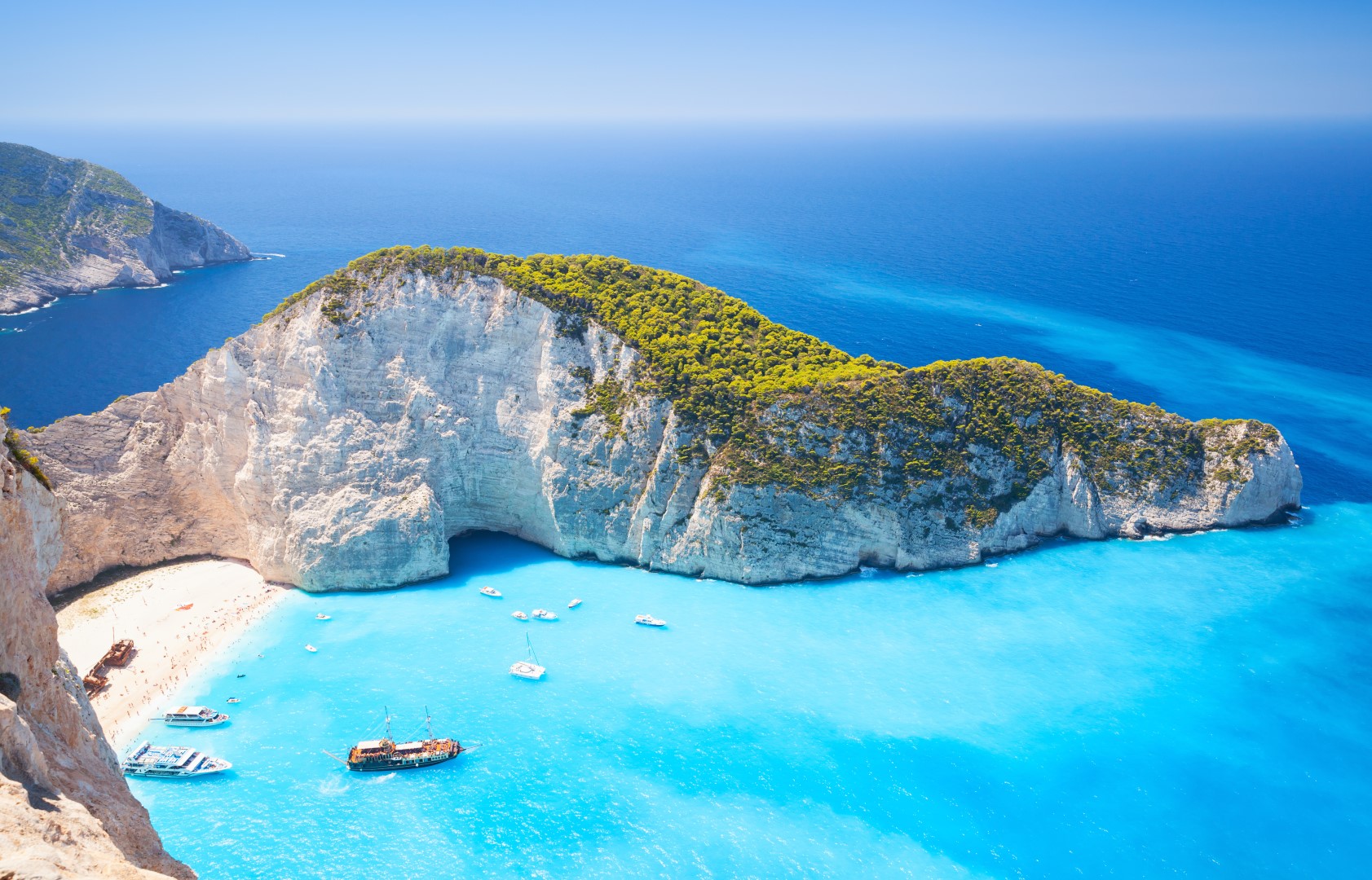 Navagio beach, Zakynthos[/caption] The text above is my overall opinion on sailing Mediterranean from Malta. I probably might be more helpful if asked more specific questions. However, long-term travel plans could be done in detail if traveled by car, train or an airplane; but sailing is specific because it relies on so many conditions such as weather and sea-state, the boat, the crew, the budget, etc. I wish you a calm sea, fair wind, and a strong mast!" If you have any questions regarding routes, destinations and charter yachts for your sailing trip, feel free to contact us at our Facebook page. Our Facebook community has over 80.000 fans. On our Facebook page, you can share your photos, sailing videos, comments and route suggestions or find out more about our special offers.
Bavaria Greece Italy Malta Mediterranean Sea