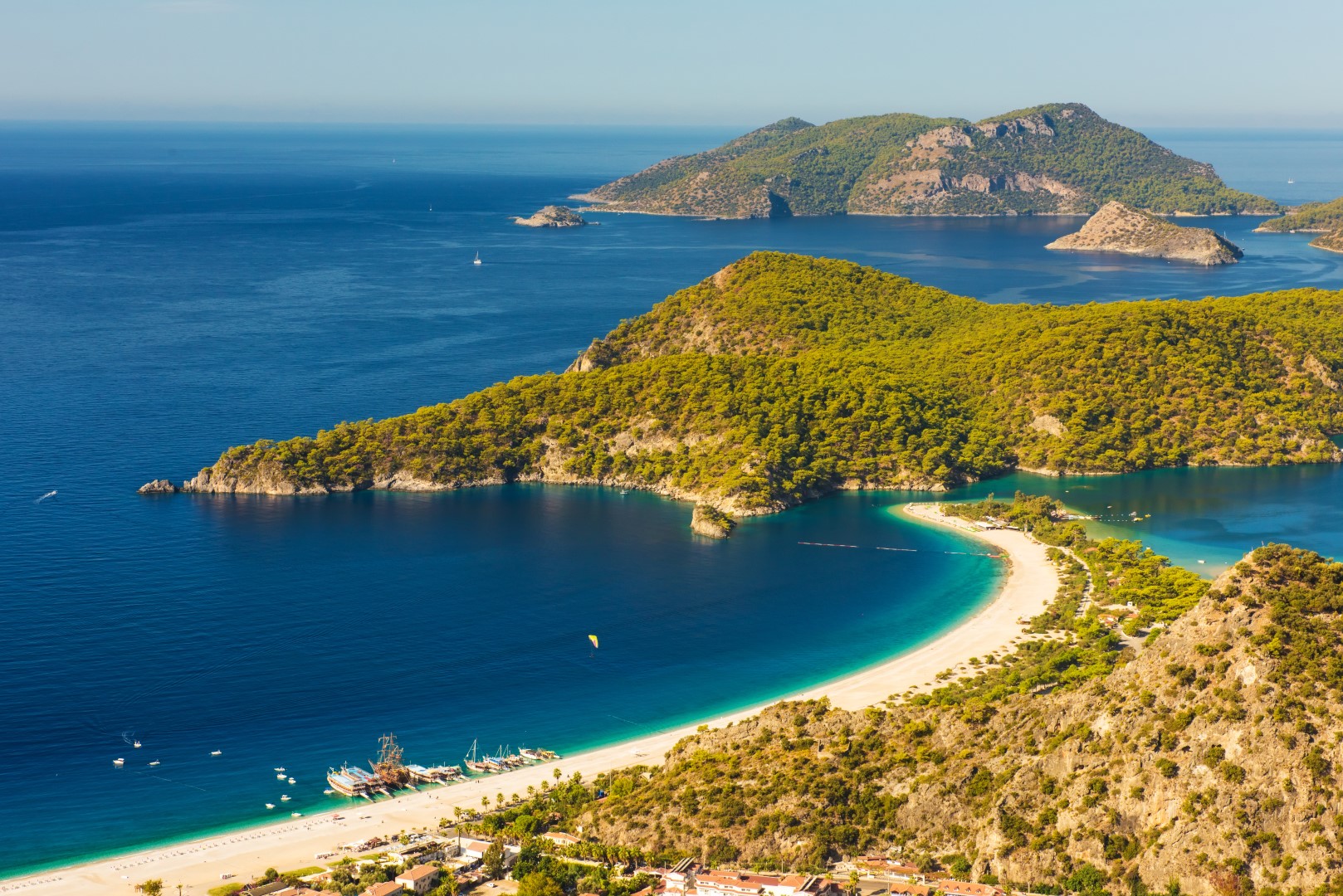 Fethiye belongs to the Aegean Turkish region, the province of Muğla. As soon as you mention words Aegean and Muğla your mind should automatically think of sailing for sure. So, Fethiye was born on the historic site of ancient city of Telmessos, on the Aegean coast of SE Turkey, in the neighborhood of popular sailing destinations such as Bodrum, Marmaris or Datça. According to the old Lycian legend, Telmessos literally means ‘the land of lights’, so Fethiye had such reputation ages before Paris… The name comes from the love story in which the god Apollo falls in love with Agenor, the youngest daughter of the Phoenician King. He disguised himself as a small dog and gained the love of young, shy and clueless Agenor. When he reappeared as a handsome god of male beauty Agenor could do nothing but fall in love and give a birth to a little boy named Telmessos. That would be all about the ancient legends. Let’s get back to modern legends! [caption id="attachment_6526" align="alignnone" width="1620"] 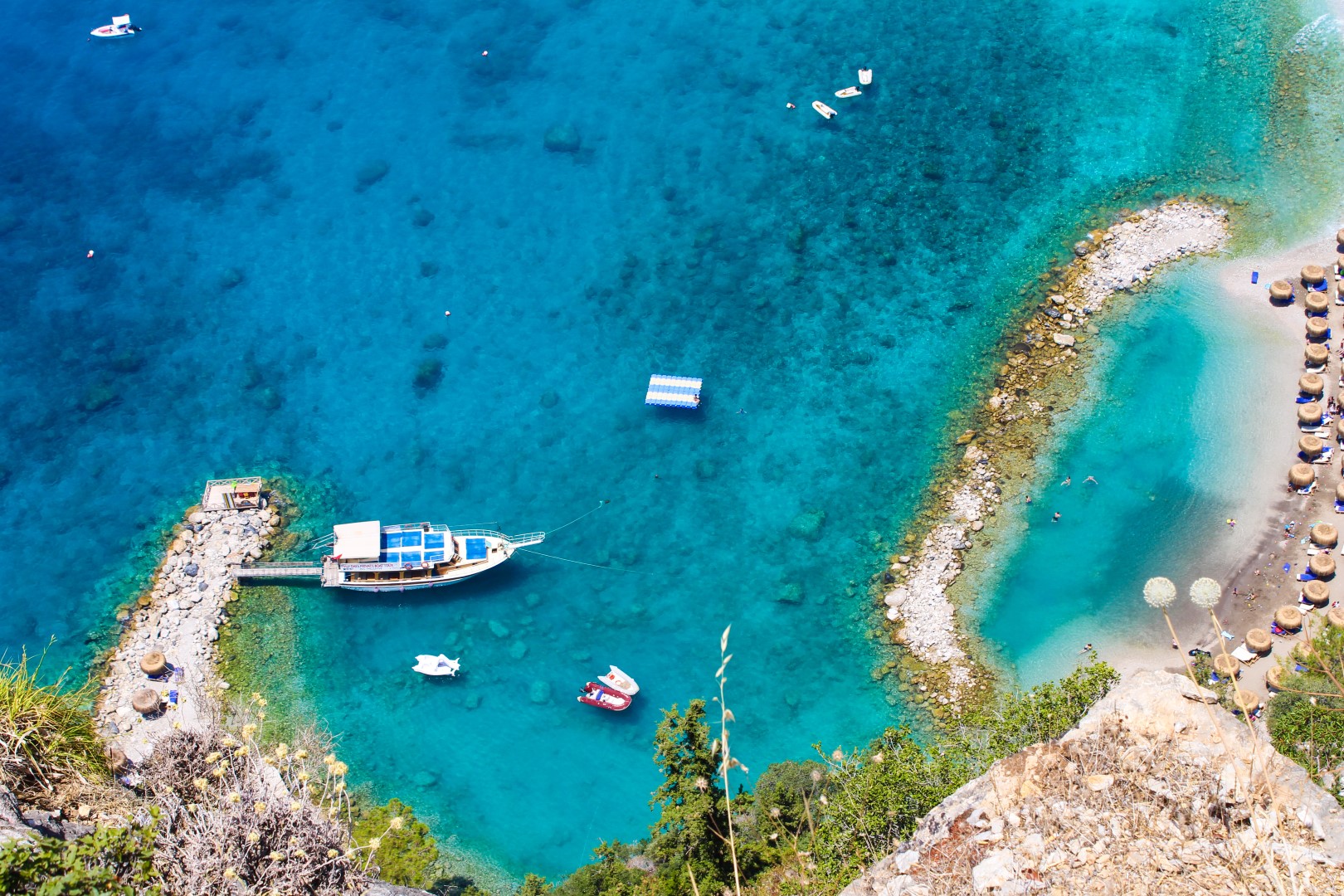 Ölüdeniz, Fethiye[/caption] Whether Fethiye is your starting or final point of your Turkish sailing experience you should keep in mind that facilities important to yachtsmen are located in Ece Marina, Port Göcek, Club Marina and several options within Marinturk Göcek. All of them are equipped with all you need: yacht charter companies and services, provisioning, repair and maintenance, guiding and crewing services, fuel, water, gear and equipment as well as accommodation ranging from bed and breakfast to luxury yacht hotels. Day life in Fethiye during the summer is more or less oriented to the Ölüdeniz Beach which became one of the most photographed beaches in the world! After swimming, sunbathing and getting rid of loads of sand from your swimsuit it is recommended to climb up the hill and visit Fethiye Rock Tombs. Apart from their artistic and historic value the view to the city, marinas and the entire bay will take your breath away. [caption id="attachment_6525" align="alignnone" width="1620"] 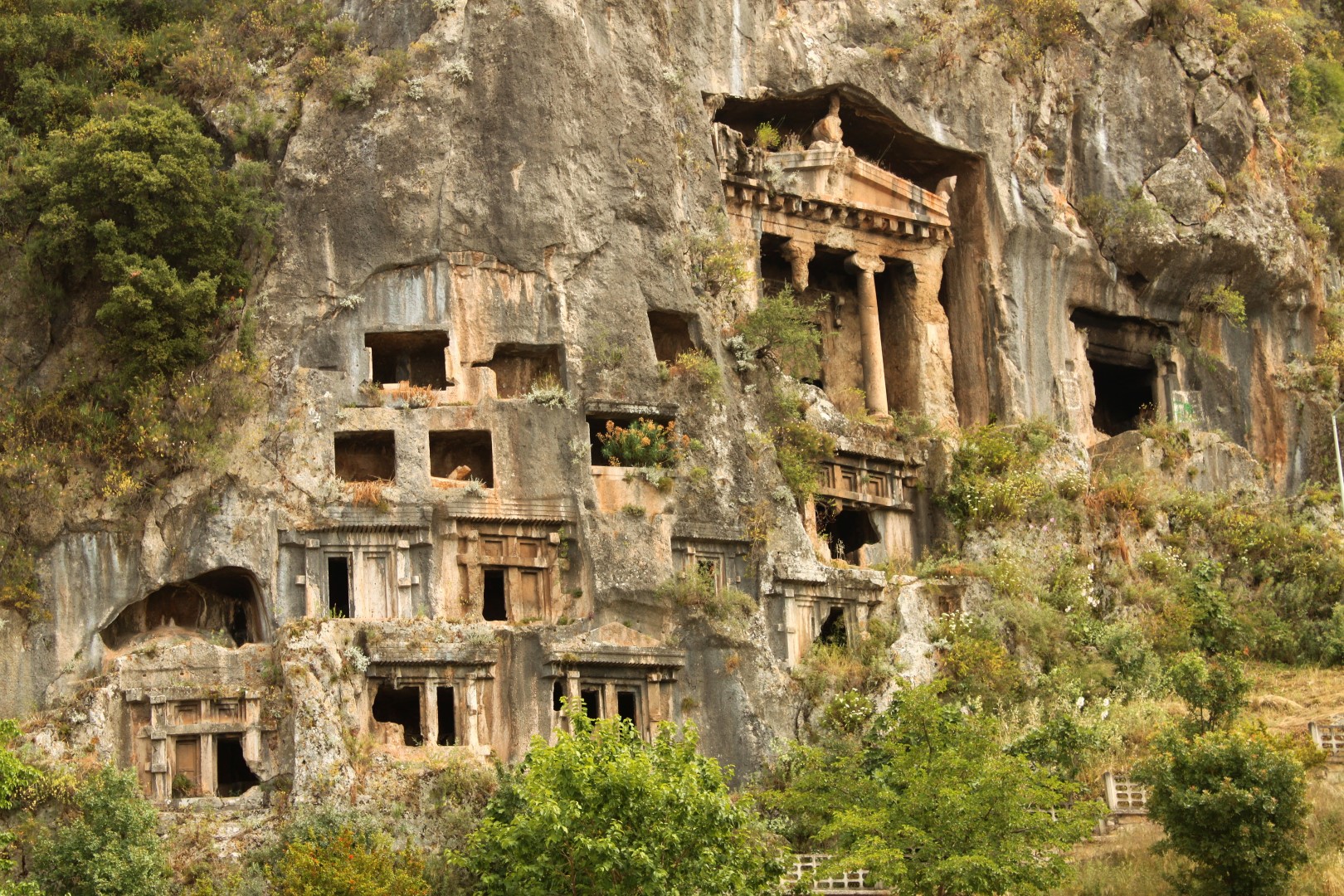 Lycian Rock Tombs, Fethiye[/caption] If you are still interested in wandering around you should not miss the colorful and vibrant Fethiye market and visit the light show performed every evening at Fethiye fountains, proving the ancient name as the land of lights. If you get lost in the city do not hesitate to speak English because Fethiye-Öludeniz was chosen as the best tourism center in the world by The Times and The Guardian newspapers in 2007 as a result of votes by thousands of British tourists among which over 7000 have chosen Fethiye as their permanent residence. Find out why! Start organizing your perfect sailing holiday in the land of lights, charter a yacht in Fethiye and see for yourself why people always come back. I wish you a calm sea, a fine wind and a strong mast!
Fethiye Turkey