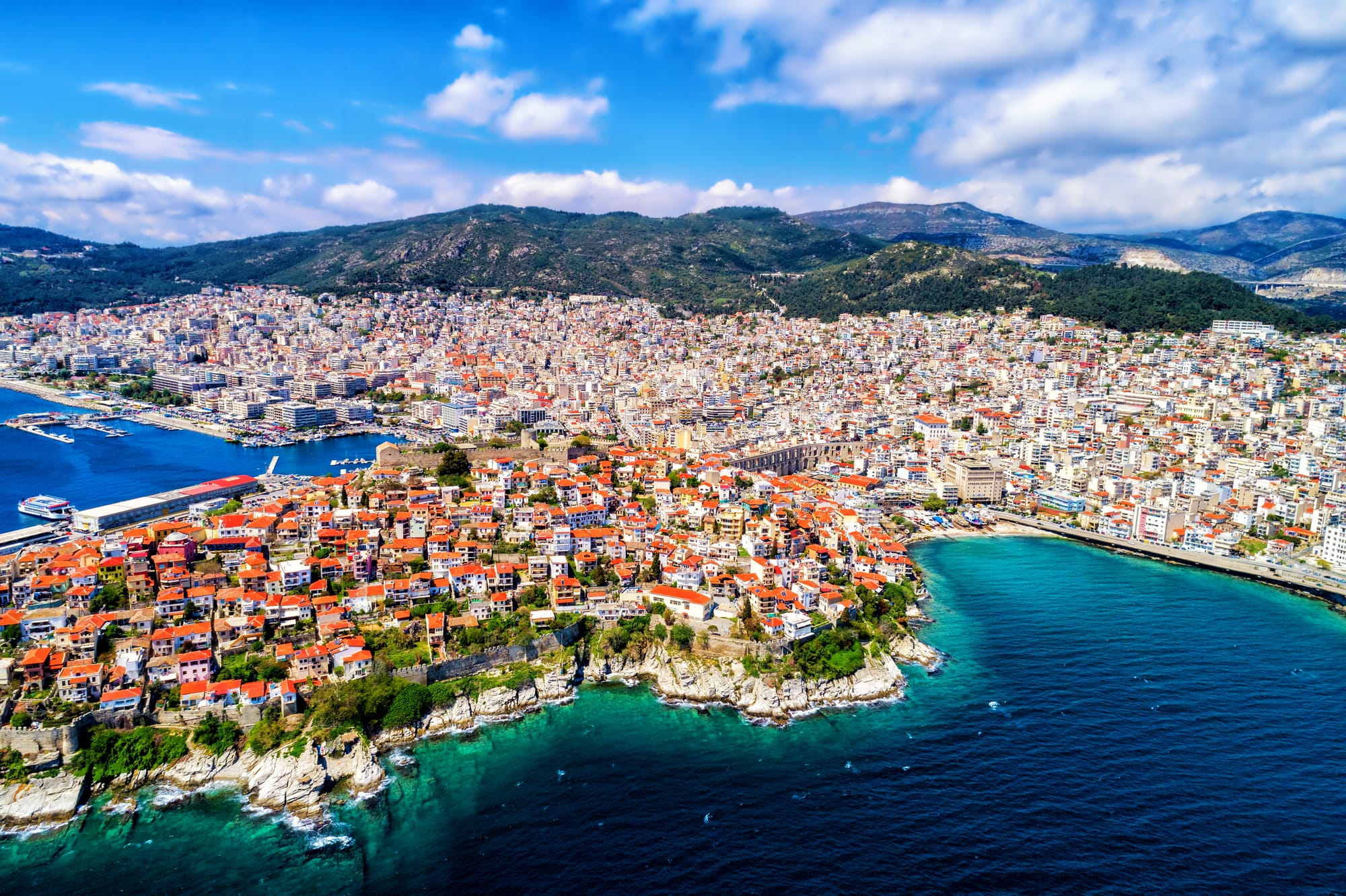 White houses, blue roofs, beautiful sea, sand beaches, clear blue sky, tasty food. Greece truly is wonderful. When it comes to sailing the Mediterranean, it doesn’t surprise that Greece is the number one choice. With around 6,000 islands, it is an ideal sailing destination. However, when planning a sailing vacation on Greek islands, you need to take into account a few things. Like the right location and the weather. After you’ve chosen the island or islands that suit your needs, you need to decide which time of the year you’ll visit them. Here is same useful information about Greek weather that will help you choose the best time to visit Greek islands.

Greece is a country that receives a lot of sunshine due to a typical Mediterranean climate. With hot and dry summers and mild winters. Greek islands are particularly blessed with nice and warm weather. You can expect that kind of weather in almost every season. Starting from the late spring and ending with the early autumn. Sunny days on Greek islands start in May and last until September. October indicates the start of rainy and wet days.

The month of March marks the beginning of spring on Greek islands. Everything awakens and the average high temperature is 16oC. In April, the temperature reaches pleasant 20oC and it rarely drops below 12oC. However, bear in mind that these two months are still on the rainy side. As April comes to its end, there is more sun and less rain. As it was already mentioned, the sunshine on Greek islands starts showing its real power in May. The average high temperature is 24oC and there is almost no rain.  Although the weather is nice, the sea is still quite cool in this period. So don’t expect a lot of swimming.

Summer on Greek islands officially starts in June when it gets a little bit hotter and the temperature reaches 28oC. The chance of rain is very low, the temperature is still pleasant and the most important thing – you can finally find refreshment in the sea. The sea temperature on Greek islands in this period reaches 22oC. From June onwards, the evenings aren’t as cold – you’ll be able to wear lighter clothes just as during daytime. The peak season on Greek islands is in the months of July and August. In this period, the weather is the nicest and the islands are the most crowded. The air temperature often exceeds 30oC, the sea is warm with up to 25oC and there is no rain.

September is another great month to visit Greek islands. It is quieter than summer months, especially late September, and there is still a lot of sunshine. The average temperature is 25oC, while the sea temperature is at its nicest – 24oC. This time of year is the best because you can still get a lot of sun, but it’s not boiling hot, the chances of rainfall are quite low and the air is not heavy as in the summer months. The evenings are cooler (don’t forget to pack a light cardigan) but are also ideal for spending the night out on the deck.

Early October is also a great time to visit Greek islands. The temperature is still very pleasant with average 22oC, there is an increased chance of rainfall, but the most important thing is that the islands are not crowded and thus ideal to explore in peace. Low season on Greek islands begins in November when the temperature drops to average 20oC. There is an increased possibility of rain and thunderstorms so this month might not be ideal for swimming or spending an entire day in the open.

With the average temperature of 14oC, December might be the least ideal month for a sailing vacation on Greek islands. There is a lot of rain and an increased possibility of thunderstorms so don’t expect to have a great time on board.

All things considered, we can conclude that the weather on Greek islands is very stable all year round so choosing the time to visit them won’t be hard – it all depends on your preferences. If you have time on your hands, the best time to visit Greek islands would be during shoulder season, i.e. in spring and early summer (from April until mid-June) or in autumn (September to mid-October). In this period, the weather is nice and pleasant, the prices are not as high and the islands are not as crowded.

Shoulder season on Greek islands is ideal for those who would like to spend their sailing vacation away from the crowds and in a more peaceful way. Bear in mind that the charter prices are also lower in this period. On the other hand, if money is not a problem and you enjoy big crowds, then feel free to visit Greek islands in July and August, during peak season. This might be the most obvious choice, but it could also be the worst. Be aware of the constant heath waves (+40oC), inflated charter prices and crowded bays and beaches.

Greek mythology is a sum of stories about gods, heroes and rituals told by the ancient Greeks. Gods and goddesses played an important role in the lives of Greeks, they were believed to control everything, even the weather. Favorable or poor, the changes of the weather were considered the result of godly interventions, i.e. if the weather was good, that meant that the gods were in good mood, but if it was bad, it was associated with gods’ bad temper.

Greek Islands, How Many Of Them?

With the total of 6,000 islands, Greece is a real heaven for sailors. However, there are no people living on most of them. So there is only 200 left to choose from which is still a nice number. Greek islands are divided into following groups: the Argo-Saronic Islands, the Cyclades, the North Aegean Islands, the Dodecanese, the Sporades and the Ionian Islands. The most important and the most popular are the ones that are a part of the Aegean and the Ionian Sea, as well as the Dodecanese. Each island has its own unique story, so choosing which one to visit won’t be an easy task.

Here’s a list of Greek’s top 10 islands to visit that will narrow the choice and help you decide:

All that’s left for you to do is charter a yacht in Greece and start your sailing adventure around Greek islands. Don't forget to check our Pinterest board dedicated to Greece to get inspired.