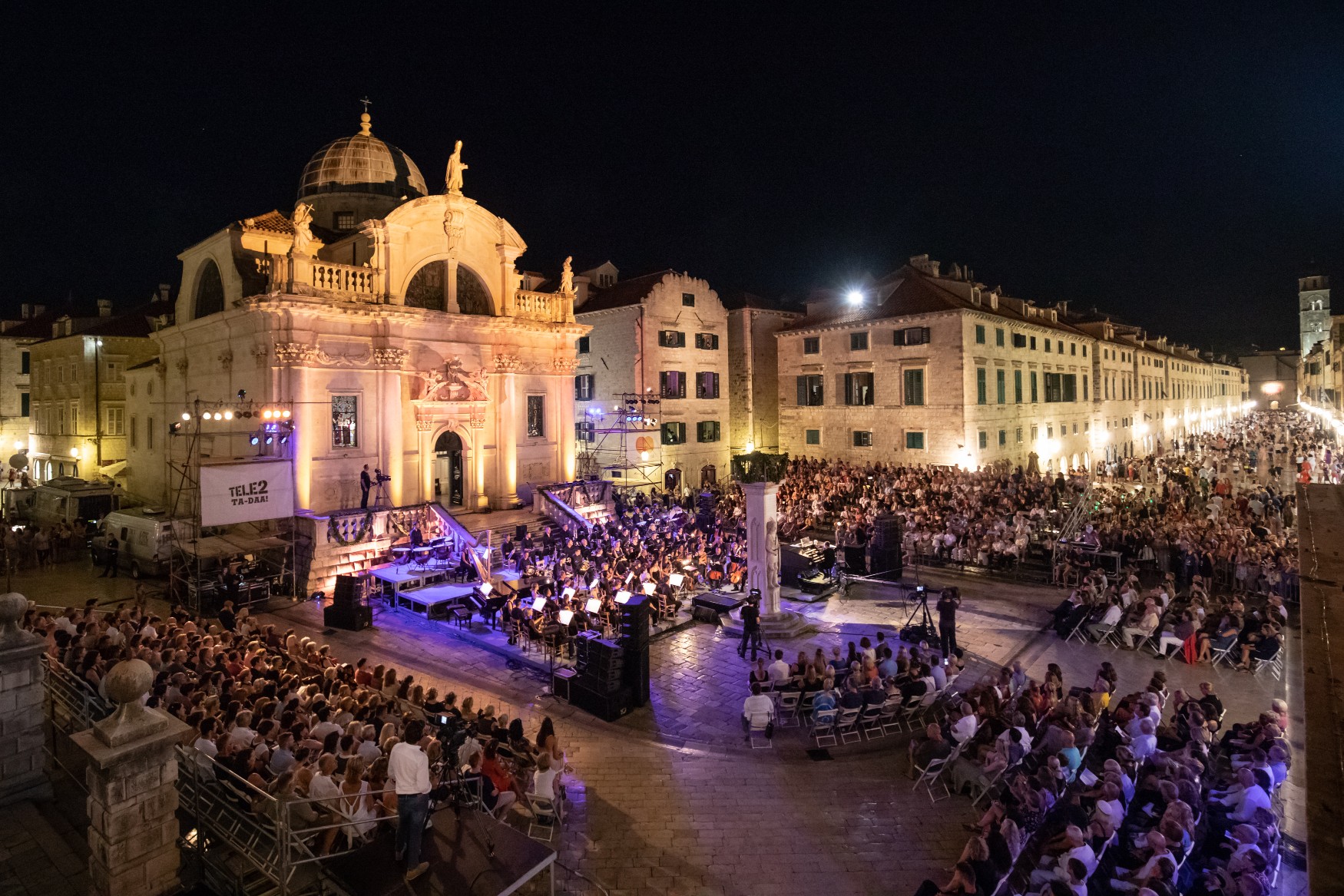 Croatian festivals have a lot to offer. Their diversity, their number and rich tradition ensure that there is something for everybody. And there sure is everything; whether you're looking for a piece of rich Croatian history and tradition all the way to modern music festivals.

Rabska fjera is the first and largest medieval summer fair in Croatia. Fjera is based on a tradition started on 21st of July 1364, when the City Council of Rab decided to celebrate and honor King Louis the Great who freed them from the Venetian rule. Fjera is also a celebration honoring St. Christophor, a patron saint of the town of Rab. In the past, Fjera used to last for 14 days celebrating and praising the saint's powers who supposedly saved the town from destruction.

If you're looking for some out-of-the-ordinary fun in Croatian festivals scene you might have stroke gold here. It may sound odd at first but there are actually a few donkey racing 'championships' held during the summer across the Adriatic coast but the most notorious ones are being held in Tisno and Tribunj. The race in Tribunj will turn 52 this year and is separated in women competition and male competition during two days while on the other hand the race in Tisno is somewhat younger and it includes competitors from all over the world.

The first one is being traditionally held on the last day of July and the first one of August while the race in Tisno is being held in mid-August. Both races are astonishingly fun and include a lot of laughter and bufoonery which always bring a lot of people come and see the race each year.

On the more serious note there is Sinjska alka. Alka is a knights game that is being traditionally held since 1715. Every year on Sunday in the first third of August, Sinj celebrates its victory against Turks when 700 people of Sinj fought against 60 000 Turks and won. In honor of that historic event, each year Sinj hold its alka which has been listed as Intangible Cultural Heritage of Humanity since 2010.

The game is simple. There are men, there are horses and there is this little target which every horseman must try to pin with its spear while riding a horse. Depending on where the horseman pinned the target, his points are added up. The game goes for a few rounds at the end of which the winner is announced. Only people from Sinj can participate in alka so there is a great pride and participating and winning the tournament.

Moreška is traditional sword dance from the town of Korčula, on the Croatian island of the same name in the Adriatic. Dating back hundreds of years, the Moreška is an elaborate production involving two groups of dancers engaging in a mock battle over the fate of a veiled young woman. Originally performed rarely on special occasions, in modern times Moreška is performed weekly for visiting tourists.

Moreška involves four main characters separated in two groups – Croats and Moors. The main roles include white king, black king, Otmanović (the father of black king) and bula – the only woman and unarmed character in the story which is the reason the two armies went into fight over. Moreška is one of the few traditional sword dances left in Croatia.

The festival has a competition character since the beginning (jury awards, audience awards and special mentions), while in 2013 industry awards were introduced for the first time in Croatia - for best director, best cinematographer, best editor and sound editing, in the attempt to point out the value of individual members of documentary film crews.

One of the biggest Croatian music festivals is surely Dimensions Festival. It's a festival of electronic music and it has been traditionally held in Fort Punta Cristo in Pula for the last eight years. However, this year will be the last year the festival will be held there and from 2020 the festival will have to look for other location. But before Dimensions leave its home for the past eight years, there is some serious party that needs to be had!

The majority of the lineup has already been announced and there is something for everyone. Dimensions gathers some of the top regional and world DJs and it is an electronic music lovers' paradise. This year Dimensions will take place from August 28th till September 1st.

Another festival which gathers electronic music lovers from all around the world is Ultra Europe music festival, mecca for party lovers among Croatian festivals. The festival is one of the youngest festivals in Croatia, but it's popularity and number of tickets being sold each year suggest that it's one of the biggest festivals in Croatia, if not the biggest. Ultra Europe is being held on Poljud Stadium in Split and this year will take place on July 12th, 13th and 14th.

If you love electronic music, DJ sets and strong beats this is definitely a place to be this summer. The audience of Ultra Europe are mainly young people who are looking for fun times, party and meeting new people who enjoy the same style of music as they do.