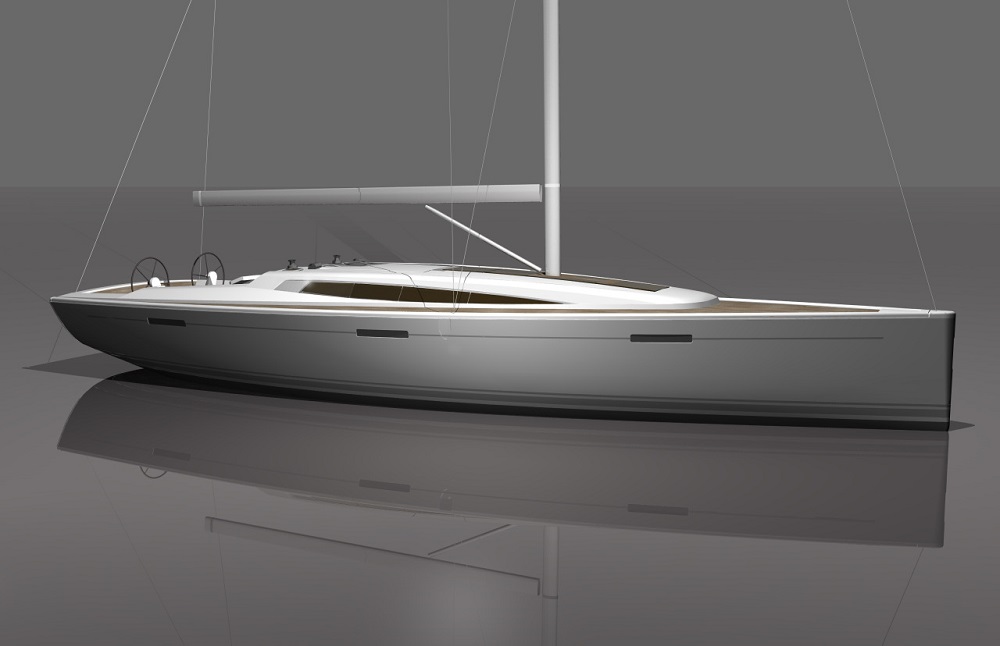 Following the same success philosophy used when creating Dehler 38 last year, this respected German shipyard launches a brand new bigger player in their range. It is Dehler 46, designed by Judel/Vrolijk & Co. studio, names that guarantee supreme performances. The sketches of a brand new model Dehler 46 were presented on Düsseldorf Boot boat show while the first prototype appeared just recently, this summer. The LOA of Dehler 46 amounts to 14.40 m with a beam amounting to 4.35 m. The keel is available in three options – the standard keel with 2.25 m draft, racing T-shaped keel with 2.70 m draft and cruising keel with 1.85 m draft. Some details are inherited from the successful Dehler 38 such as low and round shaped elegant superstructure, the hatches with aluminum frames and wide, open aft with folding and/or detachable transom. Dehler 46 is also available in various equipment options, transforming her from a comfortable cruiser into a competitive racer. The mast is placed right on top of the keel which brings optimal absorption, evenly distributing the forces on the hull structure. The additional durability of the hull is gained by carbon fibers which also resulted in the reduced weight of the vessel. The bow of Dehler 46 is equipped with exceptionally handy large storage accessible through the hatch placed to be on exactly the same level as the deck. All other hatches are also designed in this manner which makes walking along the deck as well as handling the ropes and sails much safer than before. Pedestals are equipped with twin steering wheels while the command position has enough space for GPS plotter and all other screens. The open aft could optionally be equipped with folding swimming platform while the other option allows transom to be transformed into a gangway. The interior options offer two or three large cabins with two spacious bathrooms. Cabins are equipped with large and comfortable double beds with an impressive amount of storage space. The owner’s cabin in the bow is equipped with large “island-shaped” double bed which design allows the access to the bed from both sides. Dehler 46 inherited successful bathroom design from her ‘little sister’ Dehler 38. It is the concept patented as “Erlebnis/Raum/Bad” designed with special care to functionality, comfort and space. One single door has two different purposes depending on its position. In one position the door divides the entire bathroom of the saloon while in the other position the same door divides shower/toilet section from the lavatory section of the bathroom. The overall impression of brand new Dehler 46 goes in line with 50-years old company’s experience and reputation of a quality shipbuilder, implicating the use of supreme materials, classical approach to the design, high level of comfort along with considerable sailing performances and absolute reliability. Such impressions about brand new Dehler should ensure another success on the market to the German shipyard. To help you and advise you with your choice of sailboat for charter, visit Sailboat Charter Deals. Browse around the website and don't hesitate to contact our agents if you have any additional questions. I wish you a calm sea, a fine wind and a strong mast!
Dehler sailing yacht review