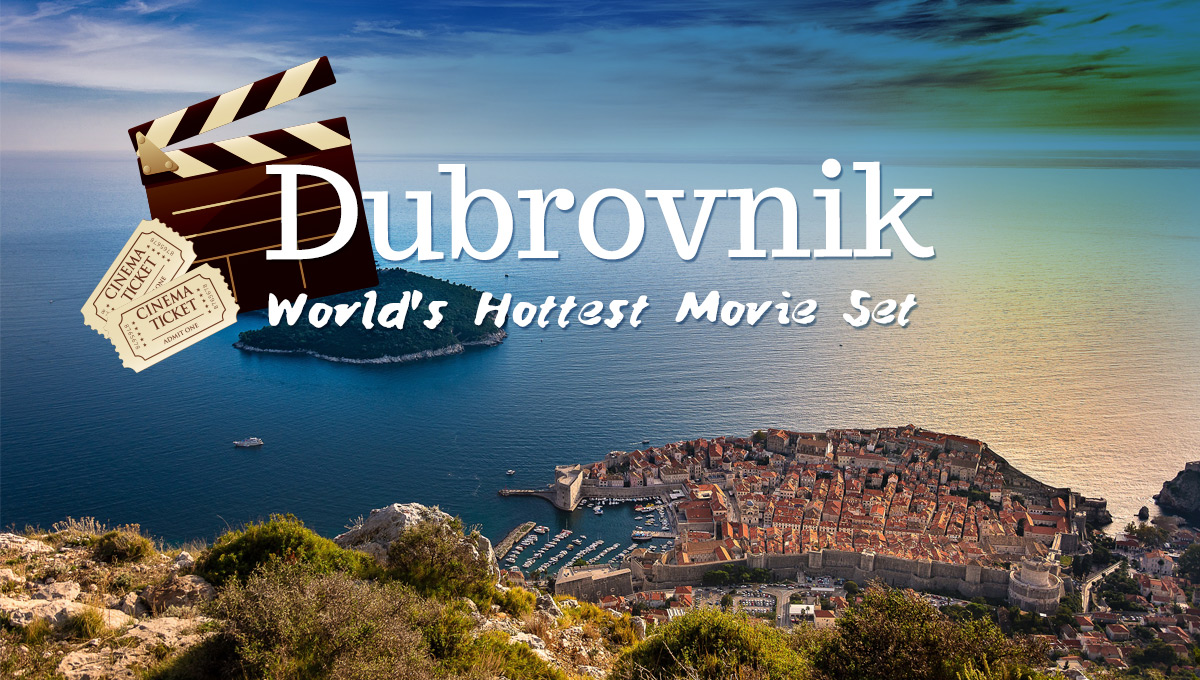 “The Pearl of the Adriatic” has become “the Pearl of Hollywood”. Dubrovnik has rightfully become one of the best places to travel. And also the hottest new movie set, as numerous blockbusters choose it as their filming location. The city has a long history of attracting jet-setters and celebrities that enjoy Dubrovnik surrounding settlements and islands in the privacy of their apartments, villas, and yachts.

Things to do in Dubrovnik

Whether you’re an avid TV show / movie fan or a casual viewer, make sure to visit Dubrovnik. It's best by chartering a bareboat or skippered sailing yacht or a catamaran. One of the most exciting things to do in Dubrovnik is taking a tour around the city on your boat and visiting different movie sets.

It is now a well-known fact that the mega popular HBO series Game of Thrones has used Dubrovnik as a double for King’s Landing. Fort Lovrijenac has the honor of playing the ominous Red Keep. In addition, only 600 meters from the city lies Lokrum Island, representing the city of Qarth, "the Greatest City that Ever Was or Will Be". You can join a walking tour of the filming locations and even become an extra in the show. (Mind that it is the last season!)

The Force is strong with Stradun (Placa), Dubrovnik’s main street, where the sequel of the Star Wars franchise was filmed in March 2016. It proved a bit difficult to film some scenes right in the heart of the Old Town, with crowds of curious tourists, as well as locals, trying to catch glimpses of alien creatures, but the shooting ended successfully. The movie came out in December 2017.

Robin Hood turned the Old Town into Nottingham just for a little while. The port, St. Dominika Street and the main street, Stradun, were all used as filming locations. The film is a dark and gritty version of the well know English folklore. Big Hollywood names such as Jamie Foxx, Jamie Dornan and Leonardo DiCaprio, and the film’s executive producer casually strolled around Dubrovnik during filming.

James Bond will for the 25th time show luxurious lifestyle of the most famous secret agent. Not a lot is known about the filming, but we do know that the negotiations with producers about filming in Dubrovnik have started, as confirmed by the mayor of Dubrovnik. The movie should come out next year with, we expect, magnificent shots of the Adriatic’s most important city.

With " target="_blank">Knightfall, the History Channel hoped to repeat the success of its acclaimed historical drama Vikings. The 10 episodes revolve around the Templars and their quest for the Holy Grail. Dubrovnik was the perfect filming location because, according to the legend, in 1192, King Richard the Lionheart destroyed his ship returning home from the crusades, but managed to save himself by swimming to Lokrum Island.

In 2015, not everyone did know that a multimillion dollar production took place in Dubrovnik to film Emerald City TV series, a dark version of The Wizard of Oz. The city of Oz has been greatly inspired by Dubrovnik, and you can see the Onofrio’s Fountain serving as the Witch’s sanctuary. Filming also took place in Hungary and Spain, and ultimately shows beautiful locations from all three countries.

Not only Hollywood producers are interested in Dubrovnik for setting up a movie set. The Indian blockbuster, Fan, was filmed during only nine days, so it kind of flew under the radar. The main actor played two roles and surely had fun in Dubrovnik Old Town with the production team and hundreds of extras. The premiere of the movie was in Cinema Sloboda in Dubrovnik as well.

Things to do in Dubrovnik, Croatia - Best Places to Travel and sail around the city walls to have best view from your yacht.

Now you are ready to rent a yacht in Dubrovnik, Croatia and feel like a movie this sailing season.