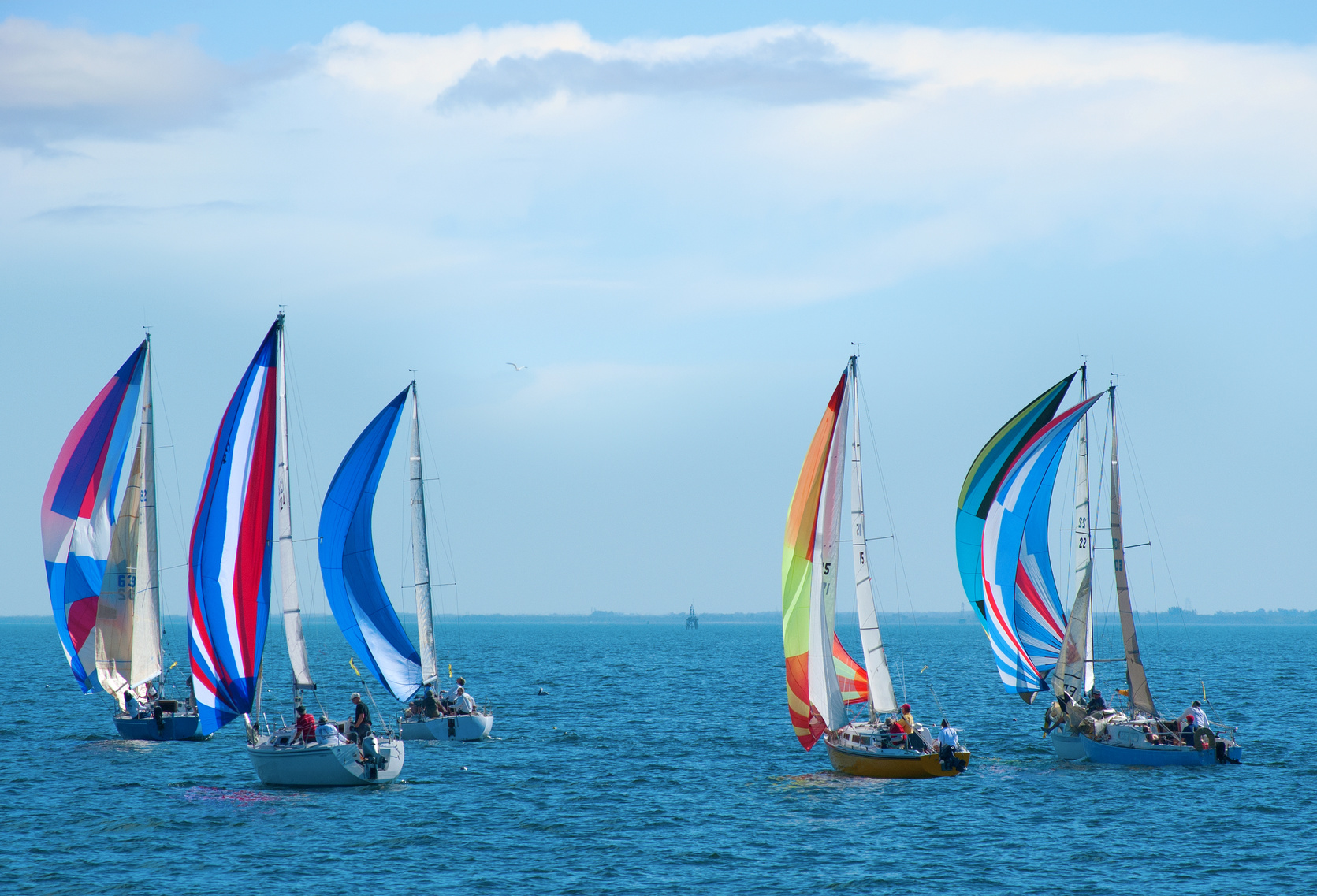 Those who sail, or find interest in sailing sports, did probably already hear about the word gennaker. It definitely is a type of a sail, but, which one? There already are the mainsail and the staysail, the jib or the geno(v)a. All right, some of us did also hear about the spinnaker, the big colorful sail visible from a distance. Usually the one most distinctive in photos, posters and calendars.

Let us go step by step and follow the basic logic in trying to identify what the gennaker is. The word gennaker is a combination of the words genoa and spinnaker. So, if the new word is made of two words that we already know, then the sail should also be made of the two familiar sails, right? Yes, that conclusion is pretty much correct.

The spinnaker was invented when sailors realized that the genoa (or the jib) was too small to use it for downwind sail or a race. They thought that, if the surface of the staysail got larger, winds would be used better and the speed would be higher. Doesn't that sound good for a sailboat race? And that conclusion is absolutely true. Genoa is a great sail for racing and cruising.

Spinnakers are rather large sails. They can be rather difficult to handle shorthanded. At rough seas or on the mark during a regatta, when a sailor must fold it quickly. The spinnaker also shows some disadvantages regarding the ration between handling abilities and speed. That is why clever sailors started making and using the gennaker.

Shape Of a Gennaker

The gennaker is not as symmetrical like the spinnaker but asymmetric. Nor it attaches to the forestay like the genoa or the jib. It has permanent fitting from mast to bow. It is rigged like the spinnaker, but its tack is fastened to the bowsprit. The result bridges the performance gap between the genoa and the spinnaker. And is optimal for beam reach and for generating a lift at wider angles of an attack.

Some modern sailing yachts have already started to use a combination of asymmetrical spinnakers and gennakers. The impression of sailing the gennaker for the first time results in a great rush of adrenaline and a lot of fun because the yacht gets really fast with much simpler maneuvers of hoisting and trimming. If you want to learn about gennakers first-hand, charter a yacht and let them take you on a ride of your life!

First of all you want to haul the sail up onto the deck. Take the gennaker out of the bag. Lying on the head, towards the mast and the tack towards the front of the boat. The sail will have ‘head,’ ‘tack’ and ‘clew’ marks on it. Attach the tack to a furling unit. The furling unit then attaches to a fitting on the hull or a pole near the very front of the boat. Head then attaches to a rope (halyard) that will pull it up to the top of the mast and a rope (sheets) on either side of the boat attaches to the clew. The rope, attached to the clew are ran back to the winches and control the sail shape similar to jib/genoa sheets. The ‘furling unit’ allows us to manually role the sail out and in.

And now you're ready for racing, cruising or easy downwind sail with your new gennaker sails. Just adjust your sail to wing angles and off you go. You can even sail it to the South Pole how much fun you will have with this sail.