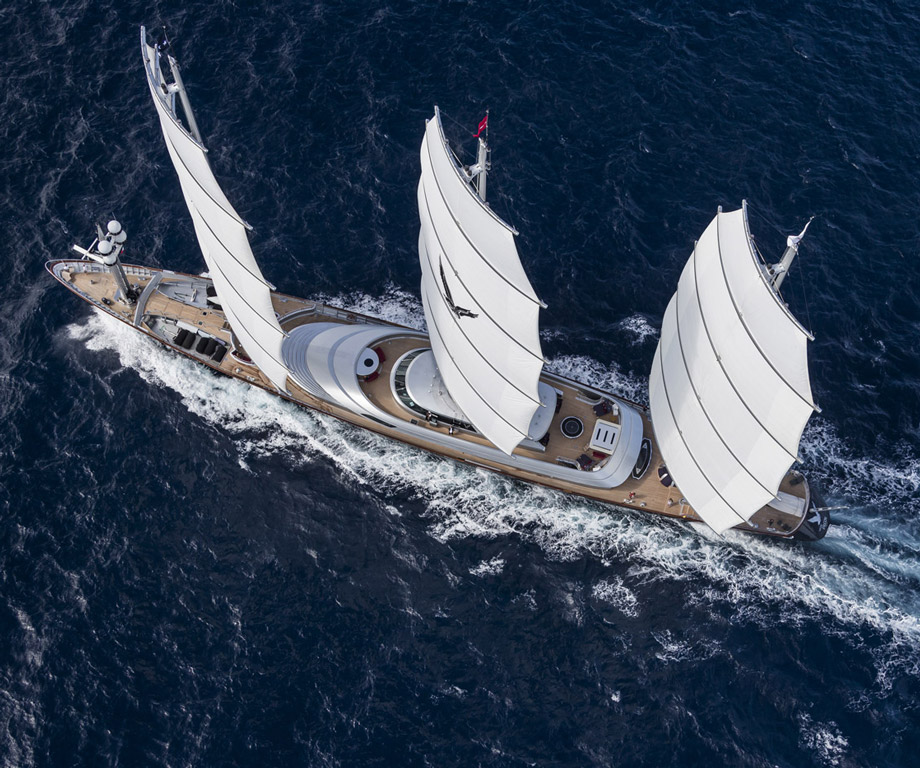 Throughout the history, there have been a lot of famous sailboats. Winds carried some pretty magnificent boats which were doing some extraordinary things. Some of them will be forever remembered in history because they managed to do something for the first time. Others are remembered because of their high-end luxury characteristics, and others because they are covered in the veil of mystery.

We have already written a few words about the latter in our article about famous shipwrecks, so feel free to check it out if you are interested in that topic. We want to dedicate this article to historic vessels that gained their fame by being extraordinary, by being able to do something that had never been done before, or simply because they are number one in something in the world.

Also, this article is to correct certain injustice because history remembers only sailors, rarely sailboats. So, we are about to make this right. Without further ado, these are some of the most famous sailboats to have ever sailed.

Famous sailboat to Have Ever Sailed

The names of the ships Niña and Pinta are pretty much certain. Historians do not have much doubt about them as Christopher Columbus referred to the two ships by those names. The problem for the historians is the biggest ship, La Santa María.

Some historians believe the ship’s name is La Gallega, not Santa María. They say that ship’s original name was La Gallega, named after the province in Spain where the ship was made, and that Columbus decided to change it to Santa María when he took the ship. The biggest problem in this situation are two things. First being that Columbus’ original journal did not survive and second that the abstract written by a historian Bartolome de las Casas never calls the ship by its name.

However, it will be forever written in history that Columbus was the first captain to sail across the Atlantic with his three ships: Niña, Pinta and Santa María. At least for now.

It would be ludicrous not to mention the first ship to have ever sail across the globe. The first person who did this was Ferdinand Magellan. Although, a lot of historians would say it was actually done by Elcano, Magellan’s co-captain, because Magellan was killed on the way back home.

The journey started with 251 men in total. The ships were caravels, most common ships at the time. They were broad-beamed ships that had three masts with square sails and a triangular sail. Even though five ships started the journey, only one returned. Santiago was lost at the sea, San Antonio abandoned the expedition, Conception was abandoned, Trinidad tried to return to Spain, and Victoria was the only ship that survived. Of 251 men, only 18 of them returned to Spain led by captain Juan Sebastian Elcano. If not all five, then at least Victoria deserves to be on our famous sailboats list.

If you're curious about famous explorers, check out our article about circumnavigation.

Not only explorers sailed the world, but also scientists. Darwin’s famous sailboat called Beagle enabled Charles Darwin to sail the world. And that voyage resulted in scientific findings that remain relevant to this day. So, there is no doubt why Beagle is on our list of historic sailboats.

Sailing out in 1831 from Britain to South America and then across the globe, Charles Darwin studied the nature and animals. And so the natural selection theory was born. Darwin gained fame by publishing his journal called ‘The Voyage of the Beagle’ which is only to prove what his boat meant to him. One of the most famous quotes from Darwin’s diary says: “It’s not the strongest species that survive, nor the most intelligent, but the one that is most responsive to change.” Seems like Beagle adopted pretty well.

Guppy is another boat that has managed to sail the world. But what is important here is who was it carrying. Guppy was a boat that belonged to Laura Dekker. And Guppy was the boat that enabled Laura to become the youngest sailor to have ever sail the world on her own.

Laura started her journey when she was 14 and circumnavigated the world when she turned 16. And Guppy was there with her the entire time. So, Guppy is on a list of famous sailboats for being the boat that helped a person to conquer the record of becoming the youngest sailor to sail the world.

Maltese Falcon is a full rigged ship which uses DynaRig technology. The most luxurious boat in the world was built in Italian shipyard Perini Navi in Istanbul, Turkey. The first owner of the boat was Tom Perkins. Maltese Falcon yacht is the world’s most complex and biggest sailing yacht spanning 88 meters. It sailed under BVI flag for many years, and then it was bought by Pleon Ltd. The company put the boat in commercial chartering use.

The good news is you can sail Maltese Falcon. The bad news is that it will cost you a couple million dollars. That is the reason charterers of Maltese Falcon sailing yacht were Hugh Jackman, Tom Hanks or Google co-founder Larry Page. However, this yacht remains one of the most famous sailboats in the world.