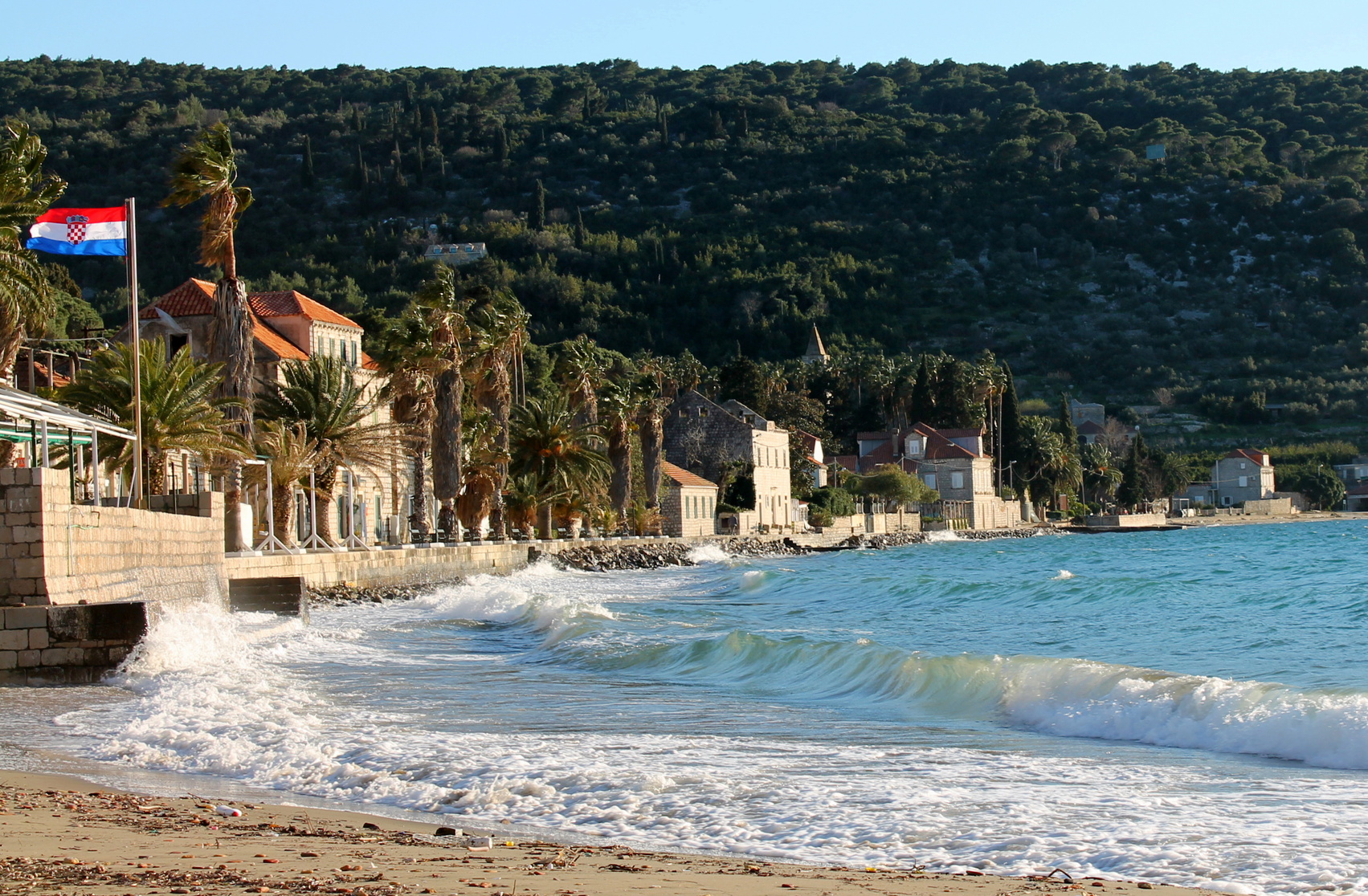 The word jugo in Croatian Adriatic, especially in Dalmatia means much more than just a name for a wind. It is also a special mood or state of mind. Let’s go one step at a time and explain firstly about its meteorological facts. So, jugo is mostly a warm and humid wind blowing from the SE, following the Croatian Adriatic coast. It brings along clouds and bad weather. It characteristically blows up to three to five days, starting slowly and developing the second day, bringing quite big waves that remain after the wind stops. It is associated with an upcoming cyclone from the W Mediterranean and is often responsible for floods in Venice. Its pure S variant is called široko or šilok, which is associated with Mediterranean name scirocco, mostly used as the name for southerly winds. It is characteristic for the cold part of the year but it could also occasionally blow in the summertime. More specific characteristic of jugo is the mood it brings along and the way it affects Dalmatians. Even if there is no wind, when the air is thick, humid and warm, Dalmatians would say they feel like jugo. Characteristics of this special mood are a slight headache, disorientation, dizziness and bad temper. It is better not to communicate with Dalmatians during jugo time because you could experience their grumpiness, intolerance, even aggression. Therefore, during the middle ages, at the golden times of Dubrovnik Republic it was forbidden to conduct parliament debates, court discussions and give condemnations during jugo. On the other hand, if murder or family violence were committed during jugo time, it would be taken as mitigating circumstances at the lawsuit. The cure against jugo mood is still a mystery despite the efforts of generations of pure Dalmatians trying to find it. It is good to know about developing jugo when doing your route planning because waves brought by jugo can be especially unpleasant. Furthermore, jugo causes undertow in the harbors and leaves a lot of swell after the wind so keep it in mind when choosing your overnight stay. I wish you a calm sea, a fine wind and a strong mast!
Adriatic Sea Croatia jugo wind